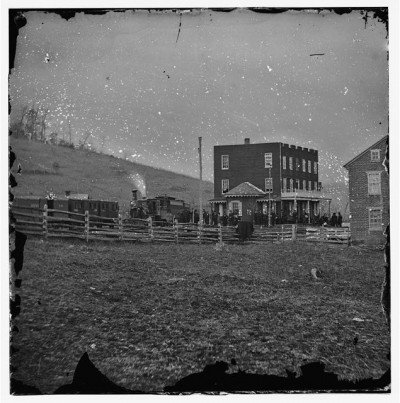 This photograph, supposedly taken on November 18, 1863, shows the railroad depot at Hanover Junction, Pennsylvania. A few months earlier in late June, Confederate cavalry under Lt. Col. Elijah V. White had raided this site, burning railroad cars, the turntable, and a nearby bridge over Codorus Creek. Just days after White’s raid on Hanover Junction, he and his men fought at the battle of Gettysburg in the next county to the west.

Poughkeepsie, New York, author Benson Lossing (later known for a popular photographic history of the Civil War) decided to visit the Gettysburg battlefield in July 1863 a few days after the battle.

Like any traveler seeking to reach Gettysburg by rail at the time, he had to come into York County and switch trains at Hanover Junction for the westbound journey to the battlefield. 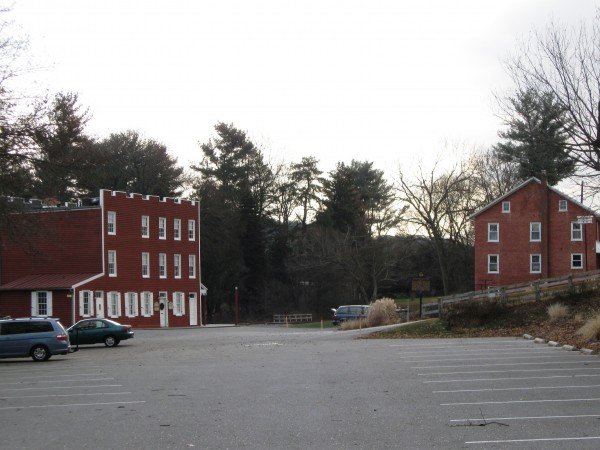 The following account of his visit to Hanover Junction and Gettysburg came from Lossing’s Pictorial History of the Civil War, Volume 3, pages 76-80.

“The writer visited the battleground at Gettysburg a week after the conflict, and again in the autumn of 1866, each time with traveling companions already mentioned in these pages. On the first occasion we encountered many difficulties after leaving Philadelphia, first in trying unsuccessfully to reach Gettysburg by way of Harrisburg, and then by detention in Baltimore, the Northern Central railway being in the exclusive service of the Government for some da.ys after the battle. Having “friends at court,” we gained, through them, permission to take passage in a Government train, which we did at ten o’clock on a pleasant morning, in company with Mr. Barclay, the philanthropist spoken of, members of both sexes, of the Sanitary and Christian Commissions, and friends of slain and badly
wounded soldiers.

On leaving Baltimore, we saw the evidences of the hasty preparations to repel the invaders and on the way to Hanover Junction we passed several of the block-houses constructed for the defense of the bridges on the railway. We dined at the Junction, where lay the charred remnants of train of cars, destroyed by the invaders, and toward evening arrived at Hanover.

There we tarried for an hour and the writer visited  of the cavalry fight on the 30th of June, and made the sketch on page 58. We reached Gettysburg at eight o’clock in the evening, and gladly accepted the kind hospitality of the family of a leading citizen (David McConaughy), whose services before the battle, in imparting information, were acknowledged by General Meade.”

Watch for my new booklet “The Northern Central Railway in the Civil War,” which will be available shortly from the York County Parks!