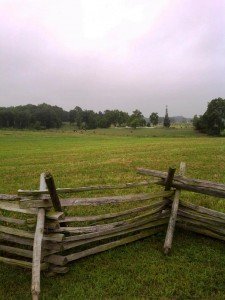 “What Free & Accepted Masons Did at Gettysburg” will be the topic of Sheldon Munn at the Friday, December 9, meeting of the Harrisburg Civil War Round Table. The unique fraternity of Freemasonry enjoyed great popularity in both North and South during the years before the Civil War. This talk will explore what happens when men who have pledged to be bound by friendship, compassion and brotherly love meet on opposite sides of battle.
Mr. Munn is a licensed Gettysburg battlefield guide, author of Freemasons at Gettysburg and prime mover behind development of the Gettysburg Friend-to-Friend Masonic Memorial. A past president of the Harrisburg round table, Mr. Munn also edited the newsletter for eight years.
Beginning his career in the food service industry, Mr. Munn later spent two decades as a retailer of diamond jewelry. He currently operates Harrisburg Tours, Talks & Walks which offers tours of Harrisburg, Hershey, Carlisle and Gettysburg.
The Harrisburg Civil War Round Table meets at the Radisson Penn Harris Hotel & Convention Center, Camp Hill, PA, Camp Hill Bypass @ Routes 11&15. An informal reception starts at 6:00 PM, followed by dinner at 6:45. The cost of dinner is $20.00 and reservations must be made by no later than Tuesday, December 6, by calling 717-938-3706. The program begins at 8:00 PM and is free to the public.