Wayside markers tell the story of York, Pa. during the Civil War 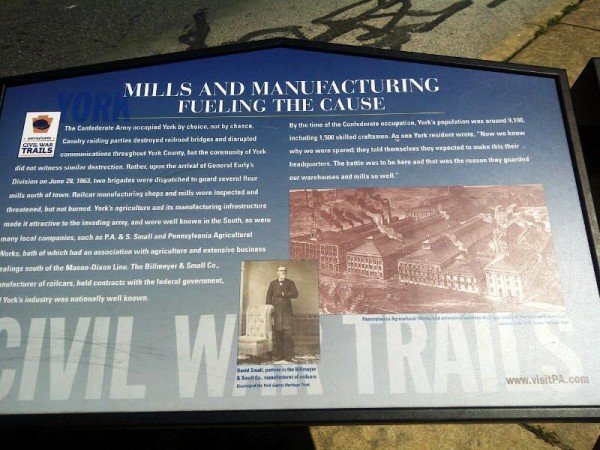 York, Pennsylvania, during the American Civil War hosted a major U.S. Army Hospital, a large military training camp for the Union army, and important manufacturing concerns which made such military items as railroad cars. The borough of some 8,600 (according to the U.S. Census of 1862) in late June 1863 became the largest town in the entire North to fall to the Confederate Army when Maj. Gen. Jubal A. Early’s division of more than six thousand veteran soldiers marched into the area.

A series of full color wayside markers now commemorates the events, people, and places of York during the war years. These are part of the popular Civil War Trails program sponsored by www.VisitPA.com.

The above marker recalls York’s role as a regional center of industry during the mid-19th century.

Here is a sampling of some of the other wayside markers in downtown York. 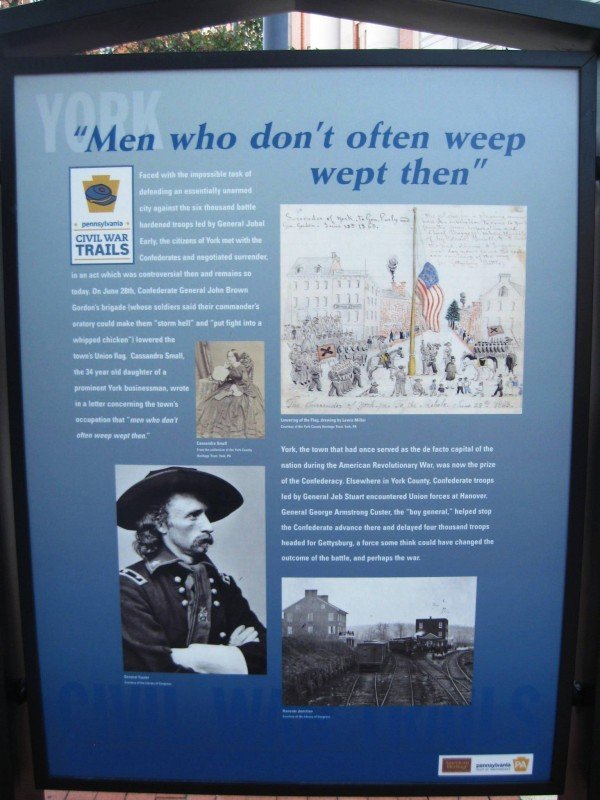 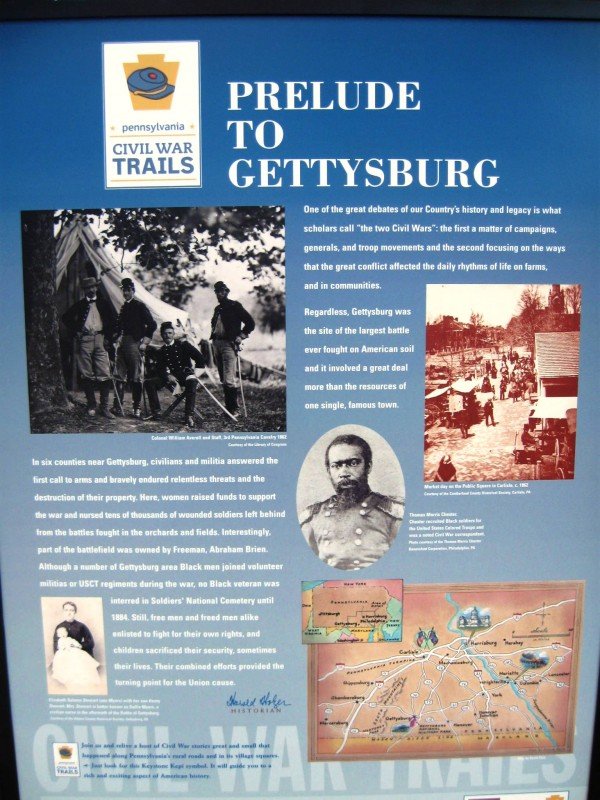 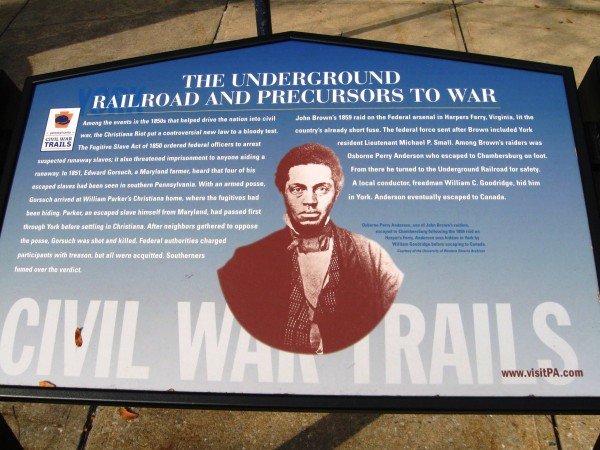 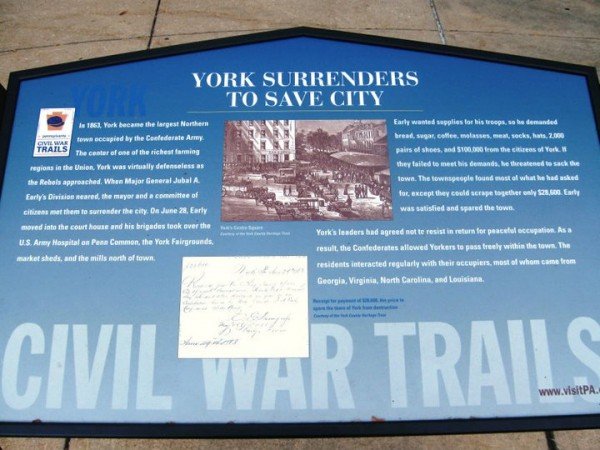