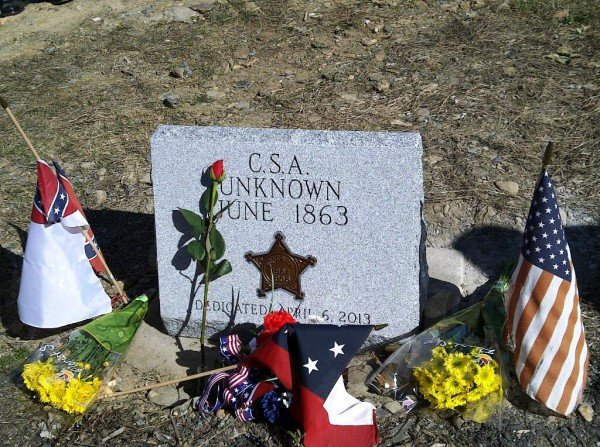 In late June 1863, a body of a Confederate soldier washed up along the western riverbank of the Susquehanna River north of the Accomac Inn (then Glatz’s Tavern) in Hellam Township, York County, Pennsylvania. Believed to be a cavalryman from his boots and accoutrements, the unfortunate soldier was buried along the river. His grave has had various markings over the years, including an iron post with a circle and the letters CSA.

Washed away in flooding, subsequent markers ranged from an old oil barrel to a very nice marble gravestone erected in 1988 by the Sons of Union Veterans of the Civil War and donated by Silbaugh Memorials. Runoffs from a nearby stream caused by Hurricane Irene and Tropical Storm Lee destroyed that marker.

Through the efforts of Carol Posinski (a living historian from the Civil War Heritage Foundation who portrays Mrs. Flo Stuart), Ivan Frantz of the SUVCW, the Silbaughs, Gary Casteel and the Gettysburg camp of the Sons of Confederate Veterans, Craig Wertz of Voices of the Confederacy, and a small team of Civil War buffs a new memorial was erected and dedicated on April 6, 2013, in a service attended by almost 100 reenactors, living historians, and Civil War buffs, as well as township officials and State Rep. Keith Gillespie. Afterward, many in the crowd met at the John Wright Restaurant in Wrightsville for lunch outdoors along the river, where author Scott L. Mingus Sr. presented a short program on the possible identity of the Unknown Soldier.

Here are some photos… 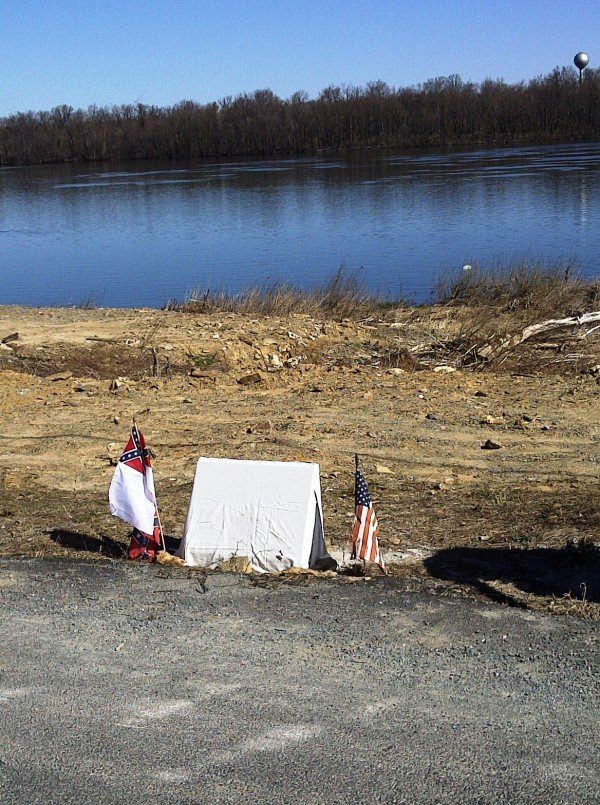 The memorial stone before the ceremony, which took place in brilliant sunshine. Ironically a pair of military A-10 warplanes flew overhead just as the ceremony was beginning. 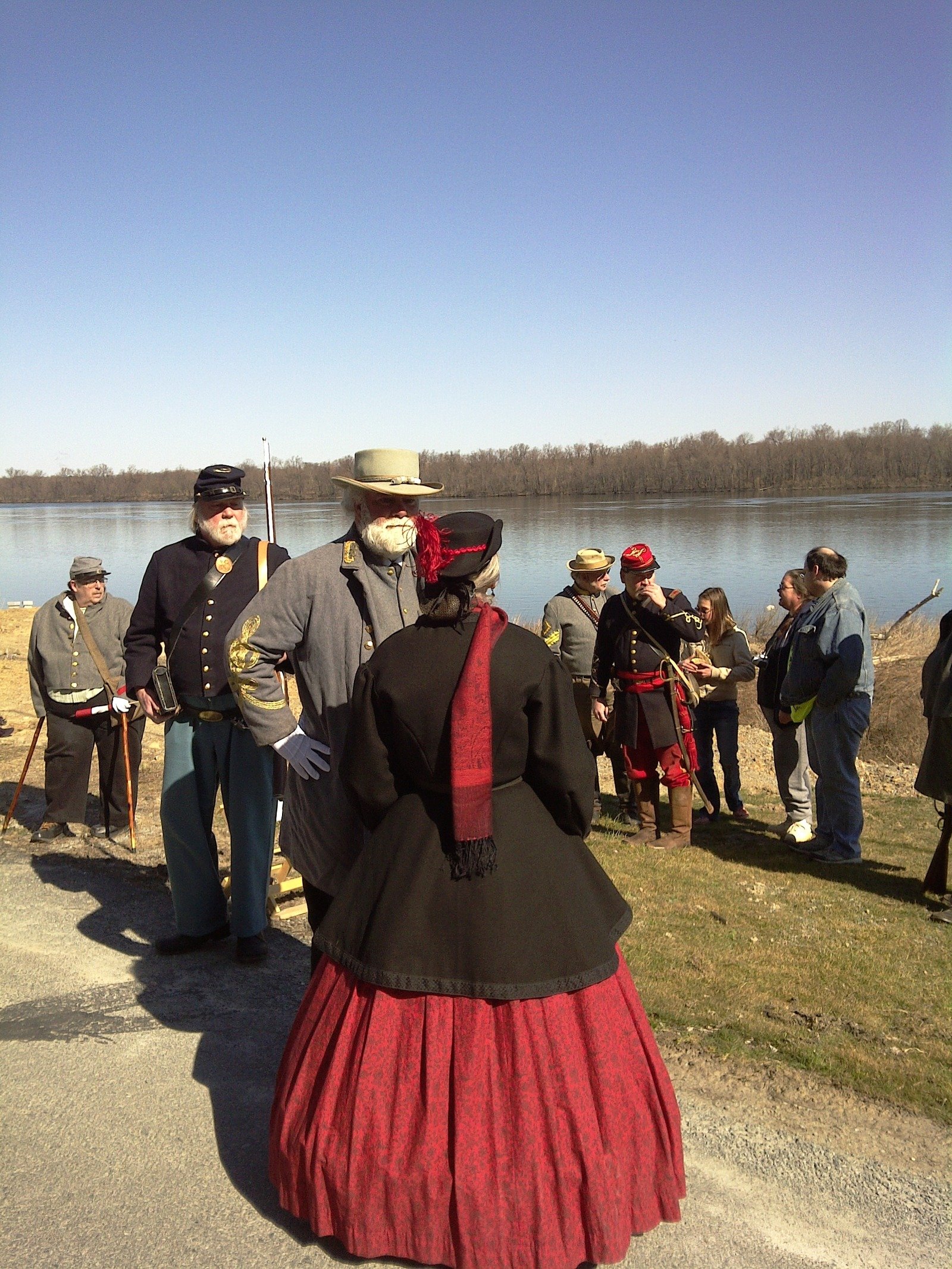 Liz Grozer speaks to a reenactor before the dedication. 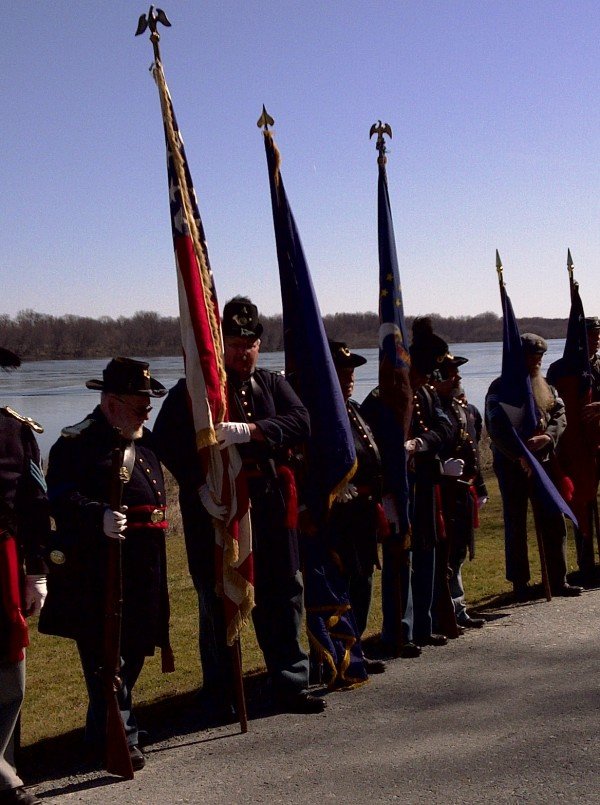 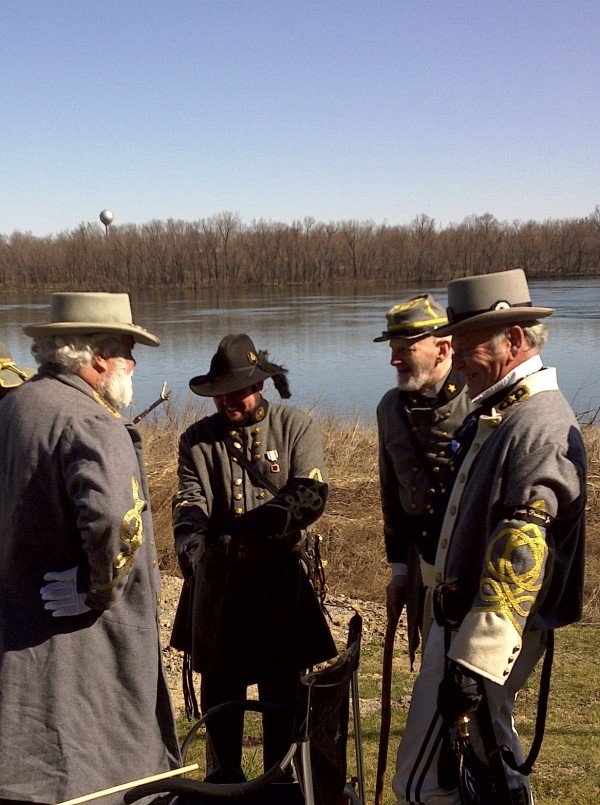 Confederate officers meet before the ceremony (including Lancaster County’s Ed LeFevre on the right who portrays Gen. William “Extra Billy” Smith, the oldest CSA general at the Battle of Gettysburg in July 1863). 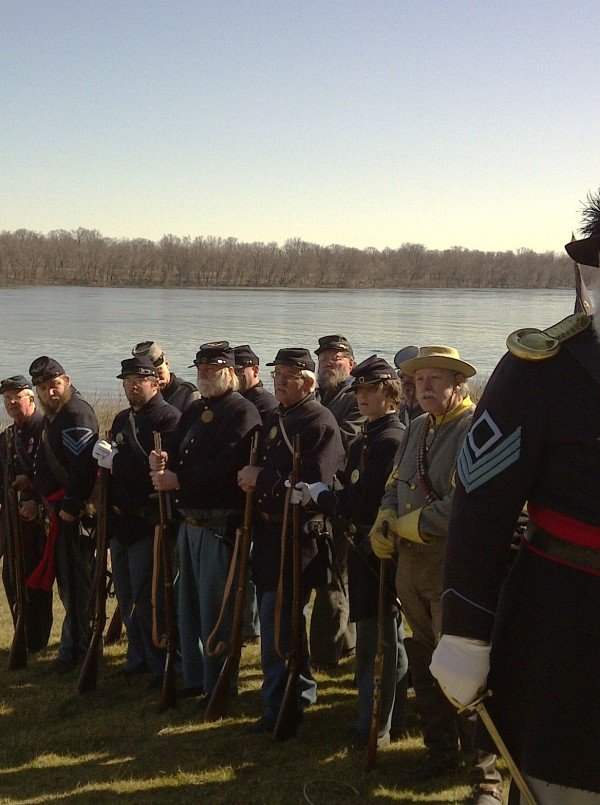 Troops preparing for the dedication. 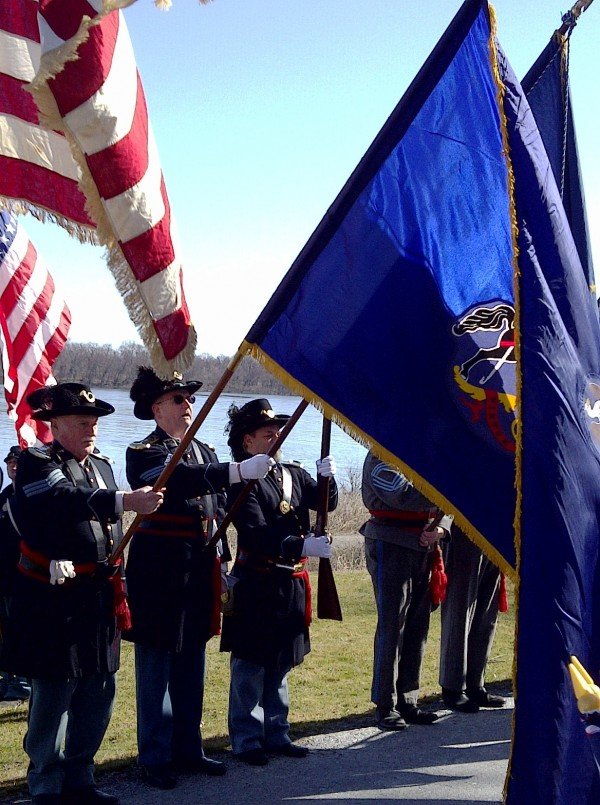 Presenting the colors… the ceremony began with an invocation and a few short explanatory remarks from some of the leaders of the movement to replace the headstone. 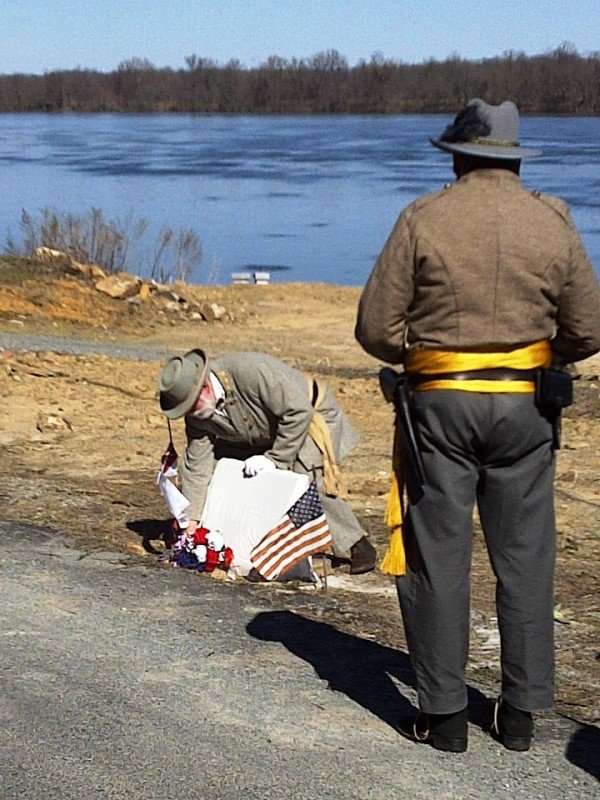 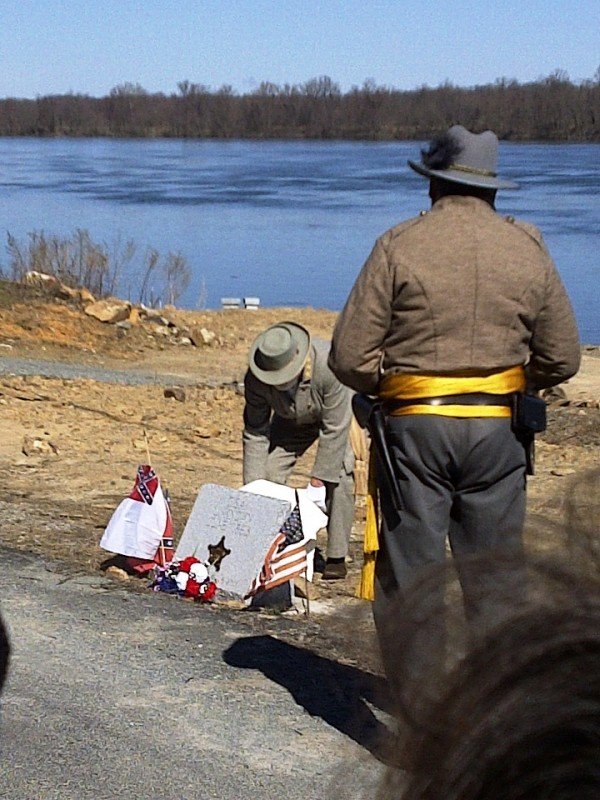 “General Lee” prepares to unveil the memorial stone to the Unknown Confederate Soldier. 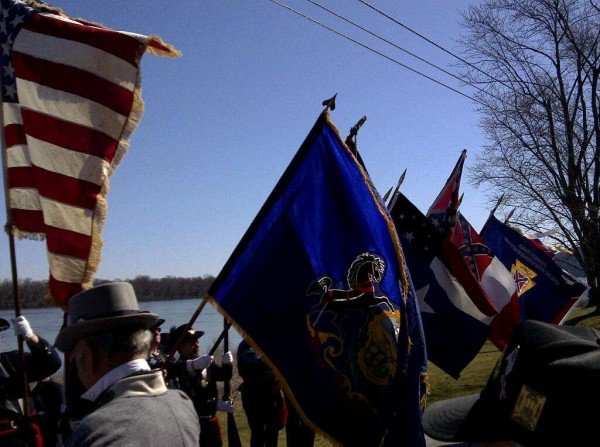 William “Extra Billy” Smith (left) observes the flag ceremony as the pledges of allegiance were recited. 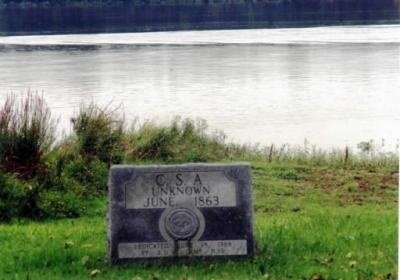 This earlier marker was destroyed in the autumn of 2011 by torrents of water and rocks cascading from a nearby hillside toward the river. 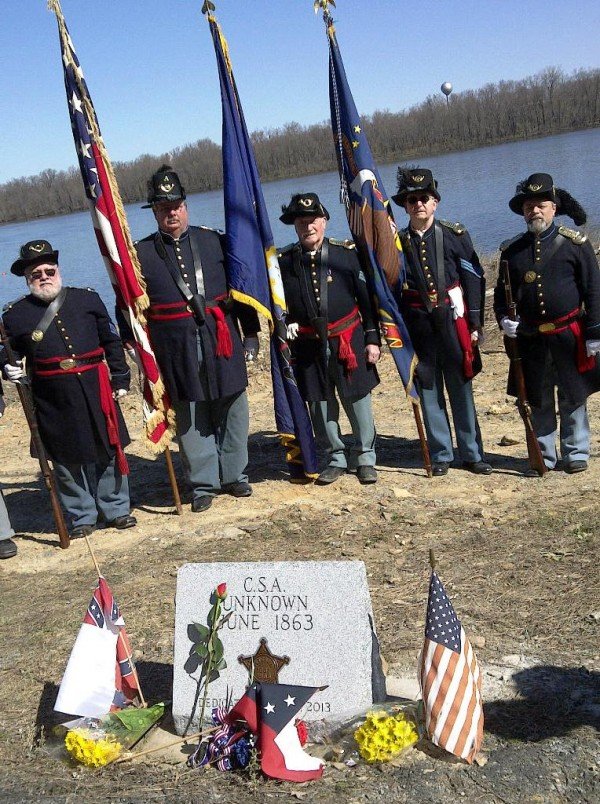 I will relay some theories as to the Unknown Confederate Soldier’s unit and identification in my next blog post.