Union troops guarded the Howard Tunnel during the Gettysburg Campaign 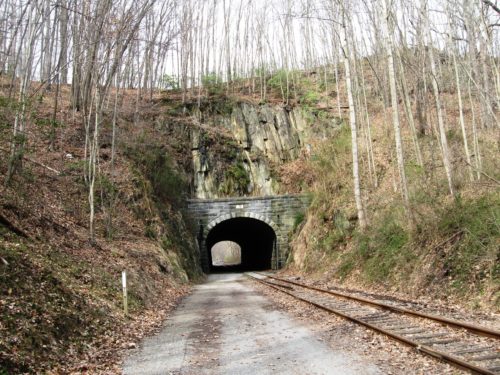 The Howard Tunnel, constructed in the late 1830s in south-central York County, Pa., caused significant concern for Union army officials during the Gettysburg Campaign in June 1863. Carved in a low granite ridge using hand drills and blasting powder, the tunnel provided a passageway for the tracks of the Northern Central Railway leading from Harrisburg to Baltimore, and ultimately to Washington, D.C.
Tens of thousands of Union troops headed for the front lines or to guard Washington passed through this tunnel in the first two years of the war, as well as trainloads of supplies, ammunition, and war materiel.
As fears mounted that the Confederates might try to disrupt or destroy the railroad, Major General Darius N. Couch of the Department of the Susquehanna dispatched Colonel William B. Thomas and the 20th Pennsylvania Volunteer Militia to guard the bridges on the Northern Central, as well as the Howard Tunnel. The militia dug rifle pits near the tunnel and on the hillside and crest, and then awaited the Rebels.
The Confederates arrived on the afternoon of Saturday, June 27, as detailed in the recent book, Flames Beyond Gettysburg: The Confederate Expedition to the Susquehanna River, June 1863 (Savas Beatie, 2011). 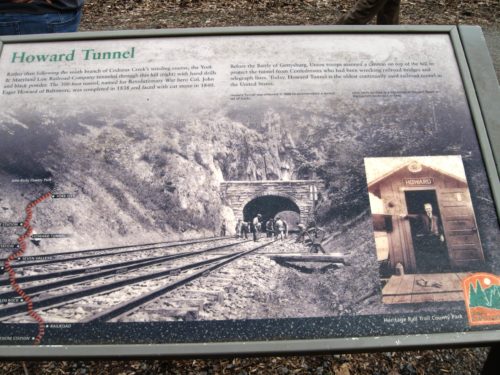 According to a wayside marker near the southern entrance to the Howard Tunnel, the militia hauled an artillery piece to the top of the tunnel to deter any Confederate raiding parties. At least a full company of men, roughly 100 in number, guarded the tunnel and camped nearby. They may have used the same location as an old railroad camp that had been used two decades earlier by the work crews digging the tunnel. 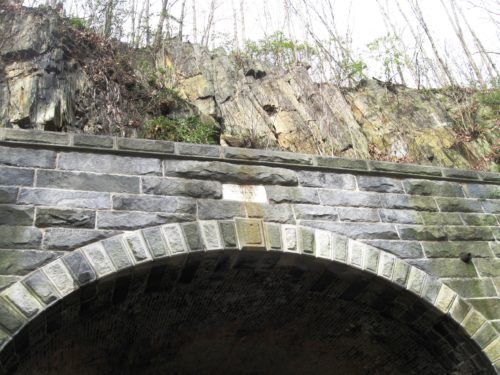 Above the arch on the southern face of the Howard Tunnel is a stone marking its completion in 1840. It had opened for traffic two years earlier, but the stone finish had not then been completed.
At the time of the Civil War, a single track ran through the roughly 300-foot-long tunnel. It was widened shortly after the war to accommodate a second set of tracks. 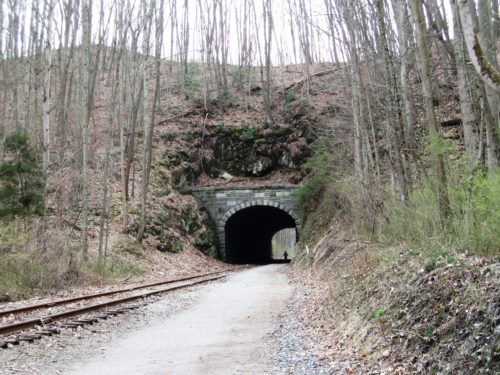 The northern face of the Howard Tunnel is shown in this April 2011 photograph. Elements of the 35th Battalion, Virginia Cavalry approached the reverse side of this tunnel on June 27, 1863, but declined to attack when they realized the strength of the Union defenses. They trotted back to Seven Valleys, rejoined the main body of the battalion, and then rode to Spring Forge (now Spring Grove) to camp.
That evening the 20th PVM withdrew toward York and then York Haven, abandoning the tunnel. Patrols from the 17th Virginia Cavalry subsequently burned the nearby railroad bridges, but did not damage the tunnel.
Steam trains again passed through the Howard Tunnel within weeks after the U.S. Military Railroad replaced the burnt bridges.
The funeral train of the assassinated President Abraham Lincoln would travel through this same brick-lined tunnel in April1865.
To get there:
The Howard Tunnel, listed on the National Register of Historic Places in 1995, is in rural south-central York County, Pa. Its GPS coordinates are 39°53′28″N 76°45′2″W.
From Interstate 83
Take exit #14 (Leader Heights Rd.)
Follow Leaders Heights Rd. west approx. 1/2 mile to Indian Rock Dam Rd.
Follow Indian Rock Dam Rd. approx. 2 miles.
Turn left onto Croll School Rd.
Turn right onto Days Mill Rd.
Follow approx. 1 mile to parking lot.
From U.S. Route 30
Follow Rt. 616 south approx. 3 miles to George St.
Turn left onto George St. (E) (In York New Salem)
Follow George St. (E) approx. 1/2 mile.
Turn right onto Days Mill Rd.
Follow approx. 1 mile to parking lot on right.
Walk or bike the rail trail south to the Howard Tunnel.
For more information on this historic railroad tunnel, please visit Hanover Junction native Roger Schaffer’s local history website.