I have frequently in the past about Lt. Col. Elijah V. White and his “Comanches” of the 35th Battalion, Virginia Cavalry and their raid on Hanover Junction, Pennsylvania. Recently a representative from the county parks system (a geologist), a docent at the Hanover Junction Rail Trail Museum, one of his friends, and I spent a glorious spring afternoon with a landowner near Hanover Junction searching for signs of the campsite and entrenchments of the Union militia troops which guarded Hanover Junction during the Gettysburg Campaign. We found several depressions which appeared man-made and could have been traces of old rifle pits. Each was large enough for 4-5 men, assuming indeed that is what we found. They were regularly spaced, and followed the military crest of the heights above the old junction.

We search in vain for any signs of a formal campsite, although the farmer who owned the land in 1863 filed a damage claim after the Civil War delineating his losses to the soldiers occupying his land. We did find evidence of linear mounds of earth which could have been eroded remnants of earthworks, again in the general location where historical accounts suggest the 20th PVM had their fortifications.

Here are a few photos. This is private land, and we had special permission to tramp it with the land owner present. Do not, we repeat, do not enter his property without permission. It is well posted with no trespassing signs. 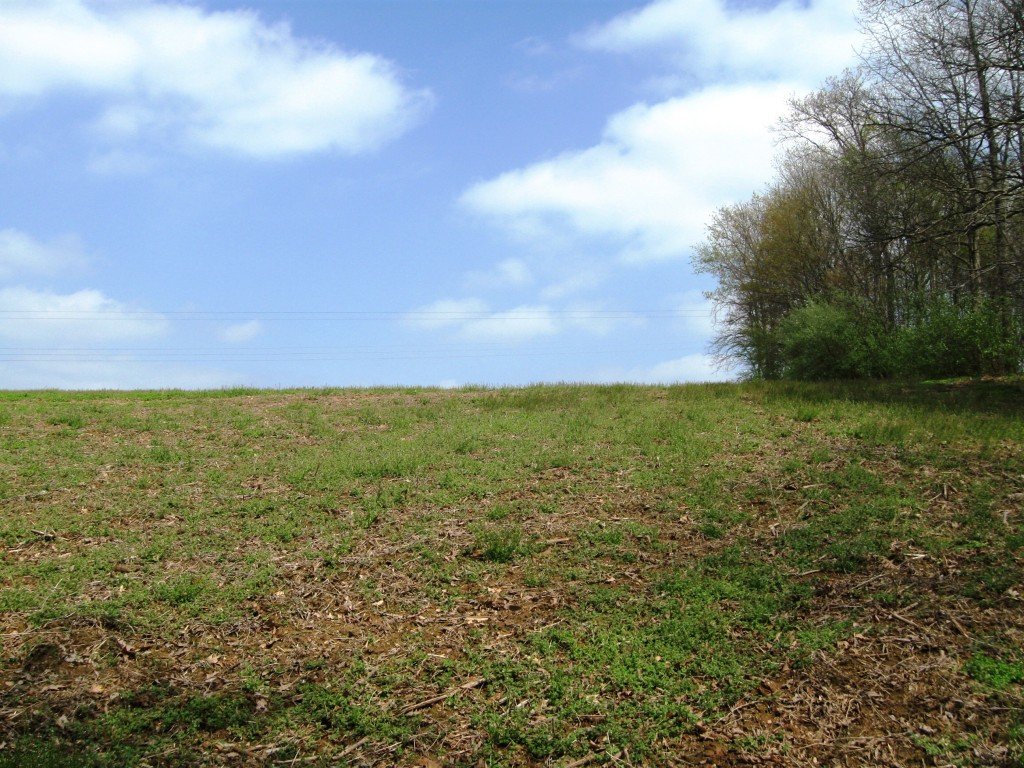 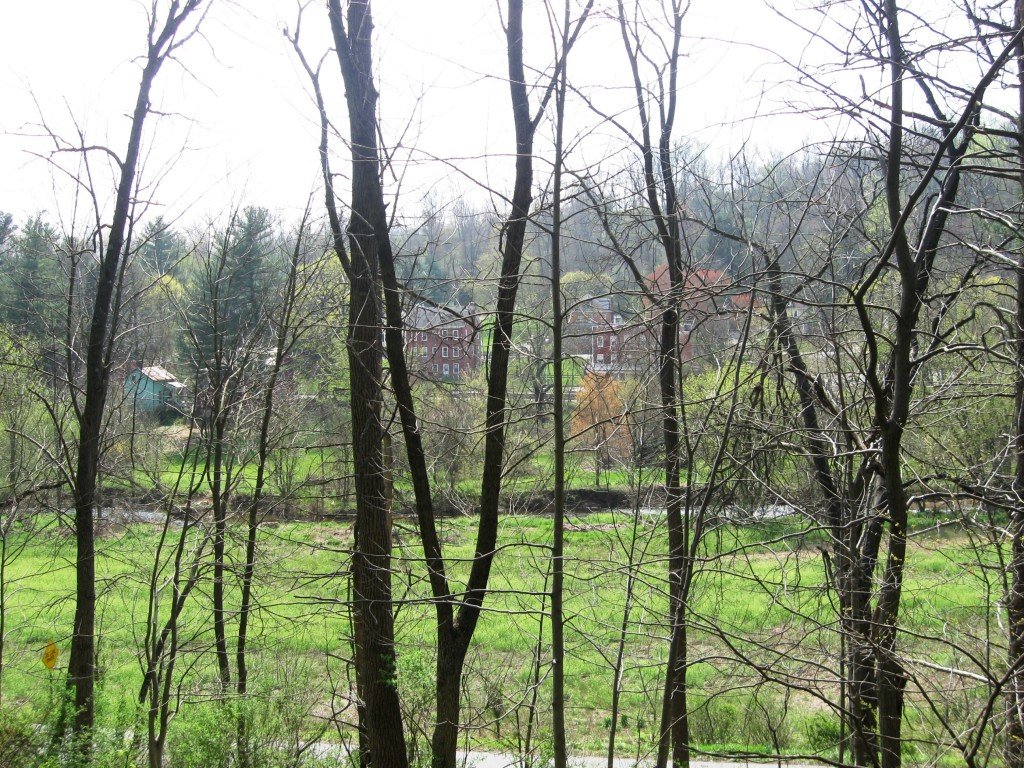 “The battalion marched to Hanover Junction, where they had been about eight hundred [less than 300 in reality] Yankee infantry, but who retired to their fortifications, about two miles off, as the ‘Comanches’ advanced, nor did the latter deem it prudent to attack them; so after skirmishing with them a short time they passed by…”  – F. M. Myers, The Comanches (Baltimore, Md.: Kelly, Piet & Co., publishers, 1881), p. 198. 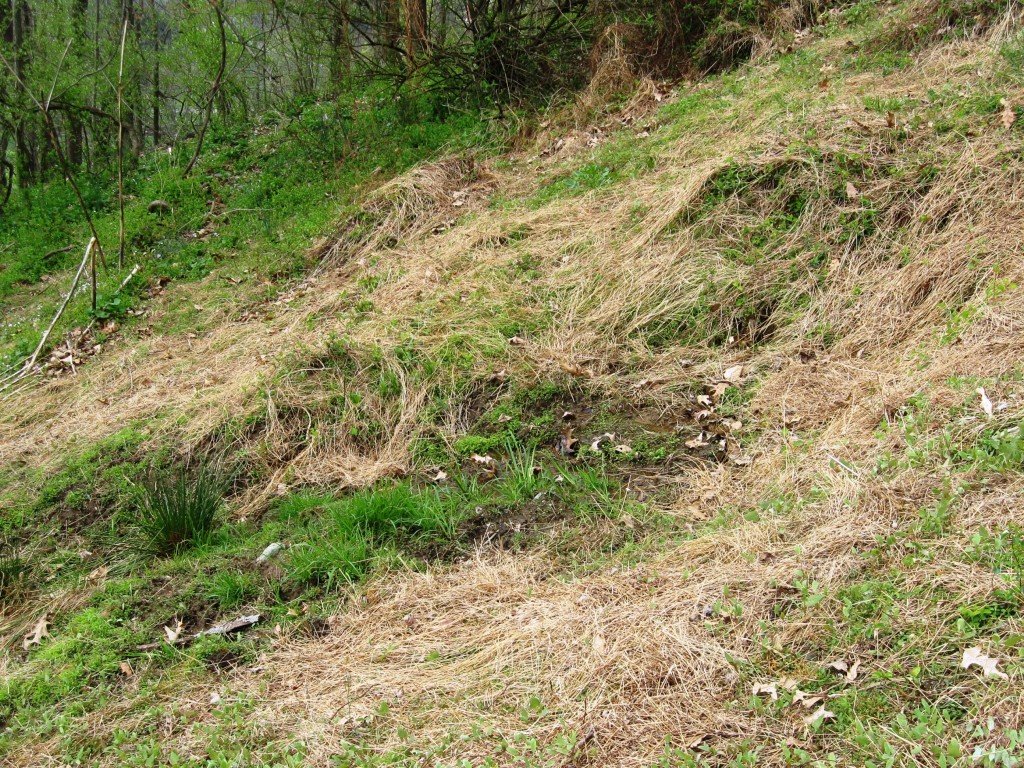 The earthworks we believe we located are very similar in size and layout, with rifle pits, to what we found in an earlier expedition to other sites guarded by the militia (Reynolds Mill Station, the Howard Tunnel, etc.).

I gave the landowner signed copies of my books Flames Beyond Gettysburg (which tells the story of the raid on Hanover Junction) and Civil War Voices from York County, Pa. as a way of saying thanks for all of his hospitality and assistance in locating the scattered positions along the ridge line at key vantage points.

Here are a few links to selected previous blog posts by Scott Mingus related to the defense of Hanover Junction. 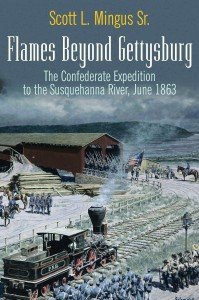 To read much more on the raid on Hanover Junction, pick up a copy of Flames Beyond Gettysburg  at amazon.com.