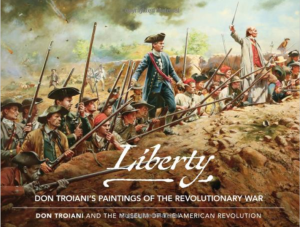 Don Troiani has long been one of the most recognizable names in modern artwork depicting American Civil War scenes, including battle actions and uniform studies. He is known for his meticulous research, attention to detail, and vivid images. He bases many of his paintings on artifacts and relics, particularly weapons and accouterments, from his personal collection. He makes extensive use of models who pose for key elements of the depictions. Troiani prints grace the homes and offices of thousands of Civil War collectors and buffs, and many pieces hold their value on the secondary market and are highly collectible.

But, did you know that Troiani is also noted for his equally impressive artwork depicting scenes and soldiers from the American Revolution? Now, in partnership with the Museum of the American Revolution in Philadelphia, Troiani has issued a fine new book titled Liberty: Don Troiani’s Paintings of the Revolutionary War (Stackpole Books, October 2021). 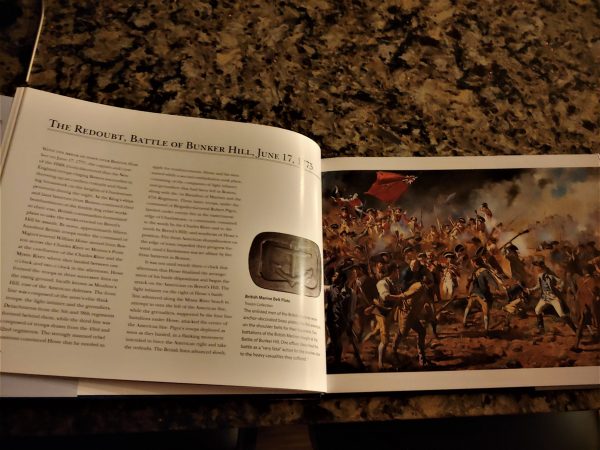 Printed on high quality supercalendered coated-two side enamel paper, this new book features dozens of Don’s images of Revolutionary War subjects. Descriptive prose on the facing page helps explain the historical situation, the setting for the painting, the techniques that Troiani used to create the image, and the relics and artifacts used as a reference. For example, the image above shows the bitter combat for the redoubt during the June 17, 1775, battle of Bunker Hill near Boston, Massachusetts. 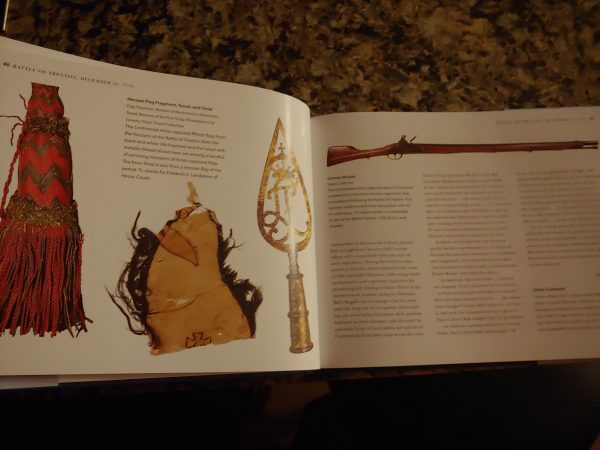 Troiani has not only long been known as a painter but he is also one of America’s foremost collectors of original uniforms, headgear, weapons, accouterments, and martial accessories. Images of some of his Revolutionary War pieces are sprinkled throughout the book. He includes information on the items and their significance and use, as shown above in this sample page. 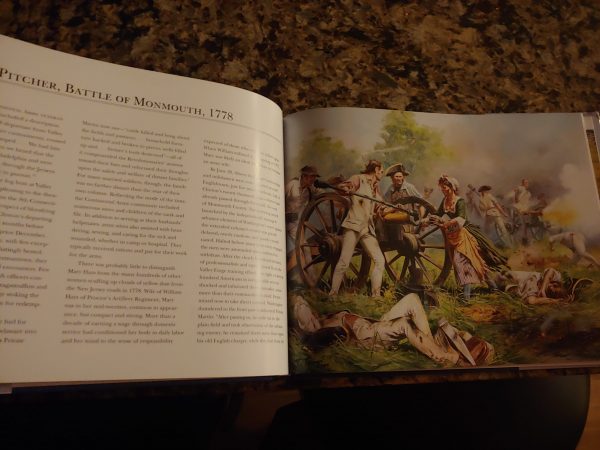 One of my personal favorites is this eye-catching painting of the legendary Molly Pitcher at the battle of Monmouth in June 1778. Pitcher may have been a composite based on actual women who played key roles in the service of their country, with Mary Ludwig Hays the most likely candidate. Hays, a water carrier, took the place of her fallen husband and swabbed out and loaded the artillery piece on which he served.

Troiani’s outstanding new book is available from leading book dealers, as well as from amazon and the Museum of the American Revolution (which, by the way, is a very worthwhile visit and an easy drive for Cannonball readers living here in south-central Pennsylvania). The images of Don’s artwork alone are worth the price of the book, let alone the interesting commentary and photos of the martial artifacts. This is a book that you will want to revisit multiple times.