The Pennsylvania Civil War 150 Road Show is at York! 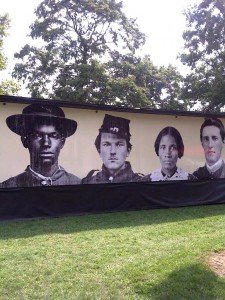 The official Pennsylvania Civil War 150 Road Show trailer has been set up in Penn Park in downtown York, Pennsylvania, and is open for the public 8/19 – 8/21 from 9 until 5. The trailer has been touring the Keystone State throughout the summer. The York County Heritage Trust is sponsoring the Road Show’s only appearance in York County this year. Admission is free, as is parking! Come on out over the weekend! There will be living historians, reenactor campsite, demonstrations, sutlers, food, and much more for the family to see and do! Learn some history and have some fun in the summer sun, all for FREE.

Here are some photos I took at today’s event…

(click each photo to enlarge it for better viewing) 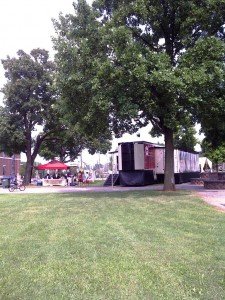 The trailer is on the north side of Penn Park, directly opposite of William Penn High School on W. College Avenue. Parking is available across from the Agricultural & Industrial Museum on W. Princess Street. 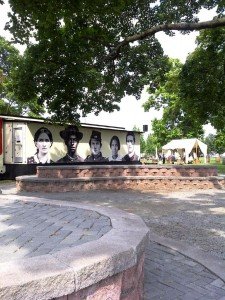 The trailer is parked next to the amphitheater, a place where I usually start my tours of downtown York’s Civil War heritage. These tours are fundraisers for the York County Heritage Trust and 100% of the proceeds go directly to YCHT. 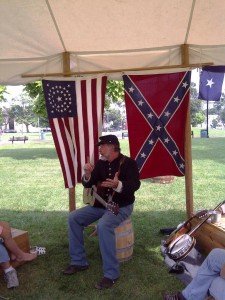 Living historian and musician / singer Matt Dodd entertained the crowd with his wit and humor, as well as with a selection of Civil War tunes. He portrayed an Irish soldiers in the Union army. 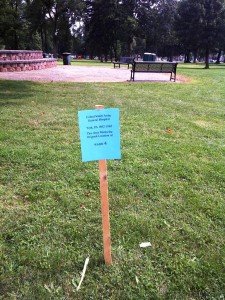 Penn Park during the Civil War was the site of the U.S. Army Hospital for York. More than 14,000 patients were treated here during the war; less than 200 died, a remarkable percentage well below most other military hospitals. YCHT officials have staked out the locations in today’s park where the old army hospital buildings once stood. 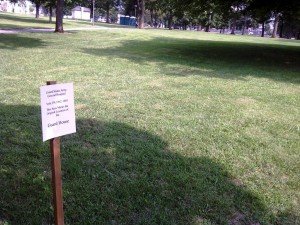 From June 28-30, North Carolina troops of the Confederate Army of Northern Virginia camped on the hospital grounds and occupied the various wards. When they departed, they left behind a gift – LICE!

Click here for more information and the schedule of events.