The Long Road to Antietam by Richard Slotkin 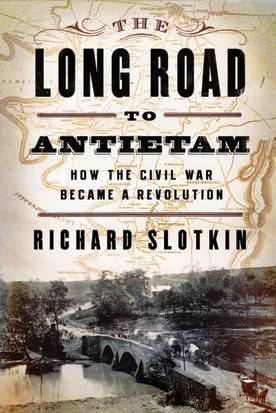 More than 1,000 books have been written on the Battle of Gettysburg, from almost every conceivable angle. Far less analyzed has been the September 17, 1862, Battle of Antietam (Sharpsburg to many Southerners), although with the 150th anniversary of Antietam the historiography is filling in nicely.

One of the more impressive new entries into the study of Antietam is Richard Slotkin’s The Long Road to Antietam: How the Civil War Became a Revolution (Liveright, 2012). This is much more than another treatise on the battle itself. Yes, the movements and countermovements on the battlefield are there, but this sprawling book has multi-faceted tentacles which Slotkin, an award winning author and former university professor, skillfully weaves into a cohesive narrative.

He examines the political situation, both in the North and the South, and proposes that it was Lincoln and his supporters who forged a revolution during the tumultuous period, changing the war from one to hold together the Union into a broader political agenda which included emancipation.

The dust jacket sums it up nicely: “At the core of Slotkin’s thesis is that the Emancipation Proclamation was a radical response to a revolutionary crisis, which produced political and social transformations as fundamental as any of the revolutions in the late eighteenth and nineteenth centuries–or indeed of the twentieth.” 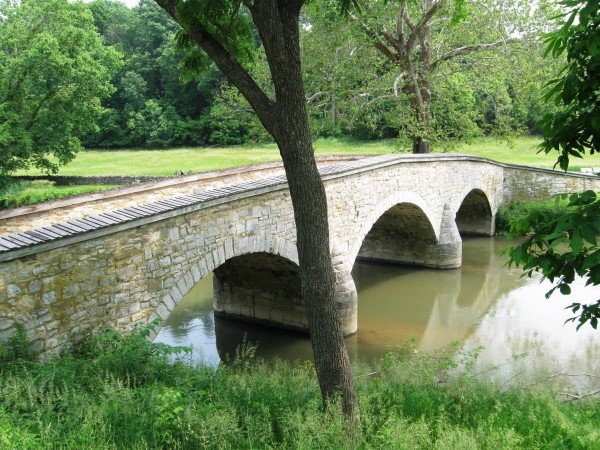 Richard Slotkin is among the first authors to consider the entire context of the Maryland Campaign and how it not only fit in, but ultimately shaped the social, economical, and political climate of a divided America.

He demonstrates a keen ability to interpret the leading personalities of the campaign, particularly Union Army of the Potomac commander George B. McClellan and some of his key subordinates. McClellan presented a unique challenge to embattled President Abraham Lincoln. He was vain glorious, full of ambition both martial and political, and if successful could post a down-stream threat to the president and his policies. If unsuccessful, the popular but ultra-cautious McClellan represented another failure in a seemingly long line of generals appointed by Lincoln to army high command.

Lincoln eagerly sought a win, needed to show the Northern public that he was managing the war properly. He also needed to satisfy the cries of the growing extremist wing of his own Republican Party, a powerful group of senators and congressmen who craved full-scale national abolition or at least some form of emancipation for those slaves held in the breakaway South.

In the outcome of the Maryland Campaign, Lincoln got his platform to both solve the McClellan dilemma and launch his Emancipation Proclamation. McClellan, though fumbling away repeated chances for a major victory over Robert E. Lee’s Army of Northern Virginia, nevertheless halted Lee’s invasion of the North and held his ground until Lee retreated, a rarity among past Union commanding generals. McClellan’s hesitancy in the battle and especially in the weeks of inactivity which followed gave Lincoln grounds to dismiss “Little Mac.” Lincoln took advantage of the repulse of Lee’s army to issue the Emancipation Proclamation, a document he had shelved temporarily during the long summer of repeated setbacks.

Richard Slotkin’s new book since its publication has consistently been among the top-selling titles on the Civil War and has garnered an impressive array of well-deserved praise and commendation. Let me add my voice to those endorsements. This is a thought-provoking book which goes well beyond the standard battle narratives and places Antietam in its full context as a significant point of change in U.S. domestic policy, a shift with far-reaching ramifications for the next century.

The Long Road to Antietam: How the Civil War Became a Revolution