The last surviving resident to see the Confederates enter York? 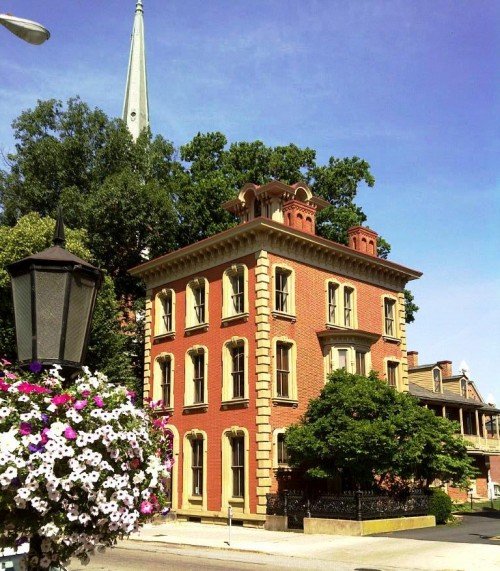 This impressive mansion of railroad magnate Charles Billmeyer was newly built when almost 1,000 Confederate soldiers tramped past on June 28 and 29, 1863 on their way to and from Wrightsville in their effort to seize the Columbia Bridge.

York was a town of about 8,600 people at the time that Major General Jubal A. Early’s division of 6,600 men arrived. Early sent his Georgia brigade out to Wrightsville, tramping through York on three parallel streets with bulk of them passing the Billmeyer home on E. Market Street. Among the spectators was the Spangler family, including three-year-old Robert Alexander Spangler. He had been born on June 2, 1860, in York to Alexander and Amanda (Barnhart) Spangler and was christened on September 20, 1861, at First Trinity Church in York.

He would live for 103 more years, dying in 1966 after a long and fruitful life. He was quite likely the last surviving resident who saw the Confederates walk the streets of York.

Here are a few of his memories of the Civil War, as found in the files of the York County Heritage Trust.

The Spangler family lived on King Street, near Queen Street. One of the three parallel columns of Brig. Gen. John B. Gordon’s brigade used King Street to head east toward the town limits. Robert had vague memories of seeing the Confederates tramp past his house and he remembered going with his father to Prospect Hill Cemetery and seeing an open grave being prepared for a casualty of the battle of Gettysburg.

Robert’s recollections two years later of the end of the war and the Lincoln funeral train were stronger. When the steam train passed through York on April 21, 1865, he placed pennies on the rails to be squashed as a souvenir of the event.

A few weeks later, he went with his mother to her parents’ home to watch the return of a military command from York County. He watched the soldiers parade up Beaver Street to Penn Common, where they proudly marched through the stone gate to be mustered out at the hospital barracks. He recalled that some of the soldiers’ clothes were in tatters, and a few had rags on their feet instead of shoes.

Spangler shared his memories with a reporter in 1963.

Robert A. Spangler is buried in Greenmount Cemetery in York. The photo of his gravestone is from www.ancestry.com.

To read more about Mr. Spangler’s recollections, please visit the library of the York County Heritage Trust. While you are there, be sure to check out The Fiery Trial, an excellent interactive exhibition on York County in the Civil War wars.