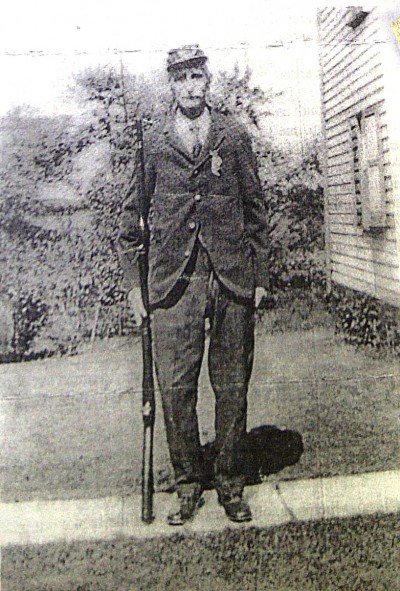 I recently attended the 160th anniversary celebration at Fairmount United Methodist Church on Furnace Road in Hellam Township. On display was the above old newspaper photograph of Milton K. Lehman, who is credited as being the last Civil War soldier in Hellam Township prior to his death in 1930.

According to researcher Dennis Brandt, Lehman was born to Jacob and Mary Elizabeth Lehman on July 15, 1848. His siblings were Esther, Mary, Henry, Jacob, Lydia, and John. He was helping out on a farm in Windsor Township when he enlisted in the army in the fall of 1864. Enrollment records indicate he was 5′ 5″ tall, with dark hair and gray eyes. He claimed to be 18, but in reality was only 15 at the time he joined the 1st Pennsylvania Light Artillery. Lehman was credited to Wrightsville’s quota of recruits, although he enlisted in Harrisburg. He deserted his camp at Brandy Station, but returned shortly and served for the rest of the war without recorded incident.

Here are some more details on Private Lehman (courtesy of his descendant Violet Lehman) as photographed while on display at the Fairmount UM event. 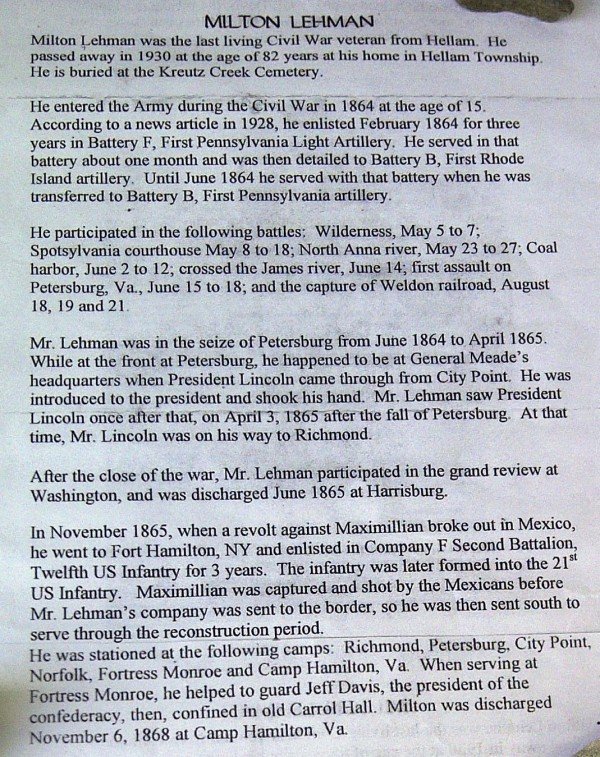 Lehman returned home after his military service and resumed farming. He married a girl named Elizabeth (known as “Lizzie” L. Lehman according to his army pension index). He died in 1930; she followed in death four years later. 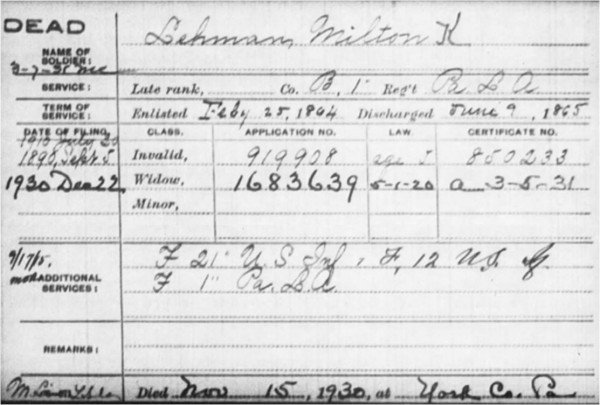 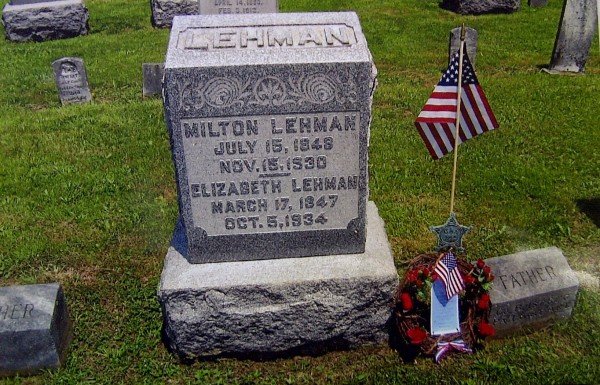 Milton Lehman is buried next to his wife in Kreutz Creek Cemetery in Hellam Township. He is one of an estimated 4,000 Civil War veterans who are buried in York County.