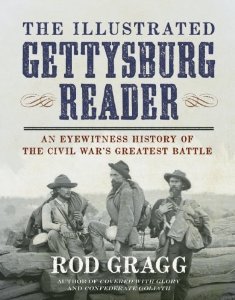 Rod Gragg is perhaps best known in national Civil War circles as the author of a highly regarded and very interesting regimental treatise, Covered With Glory,  of the 26th North Carolina Infantry at the 1863 Battle of Gettysburg. That book has long been a favorite of mine. His other major work is entitled Confederate Goliath.

His latest title is The Illustrated Gettysburg Reader: An Eyewitness History of the Civil War’s Greatest Battle (Regnery History, 2013). In the seemingly endless stream of new books this year as the 150th anniversary of the Battle of Gettysburg approached, Gragg has added greatly to the historiography with this nicely selected collection of letters from participants and observers, introduced and augmented with concise prose on the battle action, the commanders, the terrain features, and the overall setting.

“We thought that at the second Bull Run, at the Antietam, and at Fredericksburg the 11th of December, we had heard heavy cannonading; they were but holiday salutes compared with this,” penned Lt. Frank Haskell of Vermont. That bombardment, preceding what became known popularly as Pickett’s Charge, shook the ground and rattled windows for miles. When the Southern soldiers stepped forward to begin their ill-fated yet awe-inspiring assault, Capt. Winfield Scott admired the sweeping vista. “Two streaming lines of silver led off, decorated and enlivened by their battle flags,” he wrote. “Their order was magnificent. The movement of such a force over such a field, in such perfect order, to such a destiny, was grand beyond expression.”

Rod Gragg in his new work presents scores of letters, some like Haskell’s quite familiar to even the casual battlefield buff and oft quoted, to the more obscure such as Scott’s and dozens of other combatants whose letters still recall those moments of terror and martial grandeur 150 years ago. 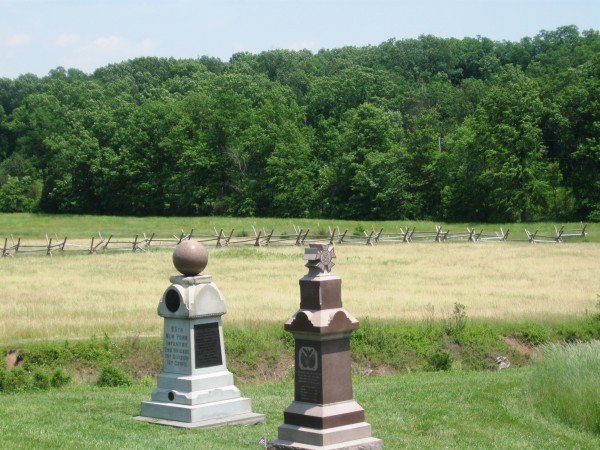 Arranged in ten chapters in chronological order, the book begins with “Advance into Pennsylvania” which sets the stage and gives some eyewitness observations of Robert E. Lee and the leading Federal commanders, as well as recalling the reasons for the invasion. That and the following chapter on the march north into Maryland and Pennsylvania include descriptions of both armies on the campaign trail, unknowingly heading for a clash at the heretofore nationally unknown seat of Adams County, Pa., a place and event which has sparked more than 1,000 books from hundreds of authors.

Gragg has selected a diverse mix of letters, from men made famous by their martial exploits to those whose names are now only recalled from their brief writings, to illustrate how the battle unfolded over the first three days of July (and the subsequent July 4th  skirmishes as the armies prepared to march back to the Potomac River). Many of these accounts are relatively or entirely new, even to veteran Gettysburg readers.

“Forty years ago – who can realize it? – forty years ago, on the 1st of July at 10 o’clock a.m., our regiment lay over there facing McPherson’s hill, in line of battle,” Lt. Col. John R. Lane of the 26th NC recalled. “How the heart of the old soldier, especially the old officer, returns with affection and pride to his old  regiment. What a magnificent body of men it was! I see them now. In the center with the first glow of youth on his cheek was the gallant Col. Henry King Burgwyn. His eye was aflame with the ardor for battle…”

Indeed, Rod Gragg’s eye for finding and using the right letters to recount the story of Gettysburg is both highly commendable and enjoyable to read. Mix in his own well-flowing prose and explanations of the battle action, people, and circumstances, and The Illustrated Gettysburg Reader is a very worthy addition to the historiography of the campaign. The casual reader will learn about how the battle unfolded and come away with a solid grasp of the key events, people, and places. The more seasoned reader will find interest in reading new accounts previously unused or rarely seen in previous works.