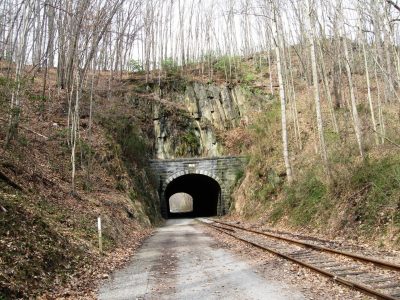 The Howard Tunnel during the Gettysburg Campaign

A recent York Town Square blog entry by Jim McClure regarding the Howard Tunnel prompted me to write about the venerable tunnel’s Civil War history. Jim tells a little about the overall history of this impressive passageway, through which the Northern Central Railway ran during the war years. 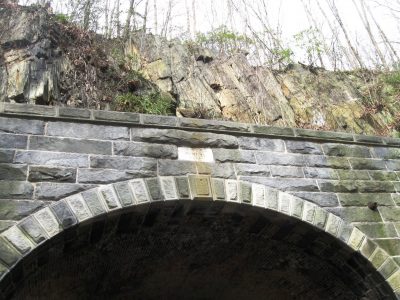 In mid-June 1863, state and local officials worried about the single-track tunnel, as well as several bridges on the NCR, as these were likely targets of Confederate raiders. A significant portion of Colonel William Thomas’s 20th Pennsylvania Volunteer Militia was dispatched to protect the region. Several companies guarded the tunnel and the closest bridges. Some accounts suggest they dug rifle pits and threw up hasty works with felled trees for added protection. Their main camp was on a nearby farm.

Sure enough, the Confederates did come calling. A detachment of the 35th Battalion of Virginia Cavalry burned a few bridges to the south and raided farms for horses and supplies, but turned back before attacking the tunnel or the heavily guarded bridges nearby. They had other missions to fulfill (including sacking Hanover Junction) before they rode through Spring Forge (now Spring Grove) to their evening campsite (at the intersection of Roth’s Church Road and today’s route 116 on the farm where the shopping center now stands). However, the men of the 20th Militia abandoned their positions and hastily retired toward Lancaster County, finally making it to Bainbridge. One of the guards, Joseph Kaucher, later wrote his mother about the haste with which the rookie Pennsylvania soldiers fled through York New Salem. On June 28, the veteran 17th Virginia Cavalry finished off the remaining bridges but did not attempt, as far as we know, to actually destroy the Howard Tunnel. Rail service resumed within a week after the army rebuilt the burned and blown up bridges.