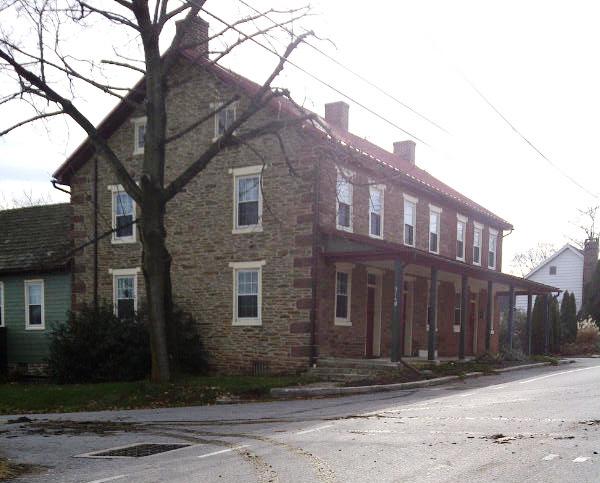 The General and the German widow

Major General Jubal A. Early led a powerful division of Confederate infantry, artillery, and scattered cavalry elements into York County in late June 1863. Early’s first evening in York was a rather memorable one for the crusty officer Robert E. Lee called “my bad old boy.”
On March 5 and June 4, 1885, two decades after the war, from his home in Lynchburg, Virginia, an elderly Early penned a pair of letters to York County historian George Prowell relating his encounter with one of the local ladies of German extraction — an old woman from Big Mount who showed him some old-fashioned York County hospitality.

“The night before my force reached the town of York, the place where I stayed, was at the house of a German widow (Mrs. Zinn, the house is now owned by George W. Trimmer), about three and a half miles east of East Berlin. I had reached there on the afternoon of June 27, on my way across the South Mountains on the road from Mummasburg, via Hunterstown, Newchester, Hampton, and East Berlin. I moved on that road with my main force, while Gen. Gordon with his brigade had moved east on the pike from Gettysburg to York. He camped four miles south of me along the pike.

When I had placed the different parts of my command in the positions they were to occupy for the night, having no camp equipage or baggage wagons, I looked out for a place for myself and staff to stay. Near the road was a cornfield into which I directed my detachment of cavalry to turn their horses. Not far distant, I saw a large barn, but failed to observe a correspondingly large farm house. My troops were not a little astonished at the large Pennsylvania barns of your prosperous farmers. I did not stay with that farmer over night. He could not speak a word of English, at least he would not for me, possibly he was scared so badly that he could not speak. I therefore gave up the idea of quartering with him, and rode on a little farther, where I found quite a decent looking brick house with a porch in front, and several rooms to the house.

As I rode up, the woman who owned the house came out to the gate in great trepidation, exclaiming in broken English, “Are you goin’ to destroy us, are you goin’ to take all that we’ve got?” I told her, “No madam, and to give you the best protection possible I will stay with you, with my staff and no one shall trouble you.” I directed my staff to take possession, stating that the porch would do for sleeping. I then rode southeast four miles with a small escort to give Gordon final instructions about entering York the next day, and did not return until 9 o’clock P.M. My staff had eaten supper. The old lady who was now calmed of all her fears, had reserved supper for me, and I found it a very plentiful one, with about fifteen varieties of food – meats, vegetables, coffee and milk. While I was eating the old lady was very talkative. A good and clean bed was given me, and I rested for the night.”