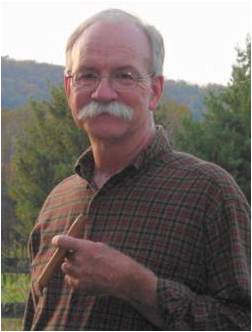 The Harrisburg Civil War Round Table’s 55th season will kick-off Friday, September 27th, in the Governor’s Room B of the Radisson Convention Center. A lifelong Civil War enthusiast, Jim Morgan will speak to us on “The Battles of Ball’s Bluff and Edwards Ferry”. The program is a tactical analysis of this important early Civil War battle and an examination of the reasons why it was fought. Often misinterpreted as a deliberate, but bungled, Federal attempt to take Leesburg, the fight actually was a simple accident arising from a mistaken report brought back by the inexperienced officer who led a reconnaissance patrol into the area on the night of October 20, 1861. Though a mere skirmish by later war standards, Ball’s Bluff, in the context of 1861, was highly significant and had long-lasting political repercussions.

Jim is a past president of the Loudoun County Civil War Roundtable, a member of the Loudoun County Civil War Sesquicentennial Committee, chairman of the Friends of Ball’s Bluff Battlefield, and a volunteer guide at Ball’s Bluff for the Northern Virginia Regional Park Authority. He serves on the advisory boards of the Mosby Heritage Area Association in Atoka, Virginia and the Thomas Balch History and Genealogy Library in Leesburg, Virginia.

As a reenactor he has done both Union and Confederate artillery and infantry impressions with several different units. Some years ago he wrote a brief artillery unit history titled Always Ready, Always Willing: A History of Battery M, Second United States Artillery, From Its Organization Through the Civil War. His tactical study of Ball’s Bluff, titled A Little Short of Boats: the Battles of Ball’s Bluff and Edwards Ferry, October 21-22, 1861, originally published in 2004, was re-released in a revised, expanded edition for the sesquicentennial of the battle in 2011 and has been called “the definitive account of Ball’s Bluff.”

Jim has written for Civil War Times, America’s Civil War, Blue and Gray, and The Artilleryman among others.   His accounts of Ball’s Bluff appear on the websites of the Northern Virginia Regional Park Authority (www.nvrpa.org), the Civil War Trust (www.civilwar.org), and “The Essential Civil War Curriculum,” a project of The Virginia Center for Civil War Studies at Virginia Tech (www.essentialcivilwarcurriculum.com).

Jim served in the U.S. Marine Corps from 1969-71 and in the Foreign Service from 1980-86 with assignments at the US embassies in Brussels, Belgium and Bucharest, Romania. He holds a master’s degree in Political Science from the University of West Florida and a master’s in Library Science from Florida State University.  He works as the Acquisitions Librarian for the State Department’s Office of International Information Programs in Washington, D.C.