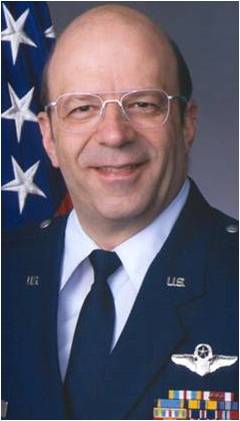 Speaking at our Friday December 14th meeting, the Harrisburg Civil War Round Table is proud to have Colonel (Retired) Al Mackey talk to us about the trials and tribulations of “The 90th Pennsylvania Volunteer Infantry Regiment at Gettysburg”. The presentation will follow the 90th Pennsylvania on its journey to the Battle of Gettysburg, discuss what the 90th did on those three fateful days and will include two famous stories surrounding the 90th at Gettysburg.

Originally from South Jersey, Al graduated from Virginia Tech with a BA in Political Science. While at VirginiaTech he took his first class in Civil War History from Prof. James I. Robertson. After graduation as a Distinguished Graduate of the Air Force ROTC, he was commissioned a 2nd Lieutenant in the US Air Force.  While in the Air Force he earned a Master’s Degree in Public Administration and was a graduate of the USAF’s Squadron Officers School, Air Command and Staff College, Marine Corps Command and Staff College, and Air War College. Some of the many positions Albert held were a B-52 Navigator-Bombardier, the Deputy Commander of Red Flag, the Air Force’s largest, most complex exercise involving military members from all four services as well as our NATO allies and later he became the Eighth Air Force’s Inspector General.

After serving for just under 28 years in the Air Force, Al retired as a Colonel and moved to this area in 2007 to be near Gettysburg, the Carlisle Barracks, and his family in New Jersey. Currently, Al is a Human Resources Manager with CEVA Logistics and writes a Civil War blog called “Student of the American Civil War.”