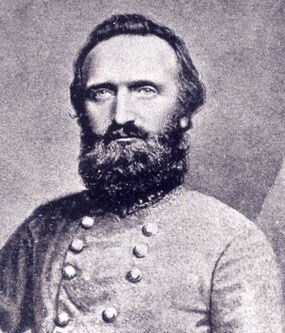 As far as is known, the only Confederate generals to pay a visit to the borough of York, PA, during the Civil War were Jubal Early and his three chief subordinates — William “Extra Billy” Smith, John B. Gordon, and Harry T. Hays. A few Rebel cavalry generals, including J.E.B. Stuart, Wade Hampton, and Fitzhugh Lee, rode from Hanover through Dover to Dillsburg but none entered York proper.

Yet, rumors persist that others came to York County. Every now and then, someone comments to me that Pickett Road in northwestern York County really was named for CSA General George Pickett, who came there with his men (no; the closest he got to York County was the Codori farm at Gettysburg during his famed charge). A few old newspaper accounts suggest that Robert E. Lee came to York during the war, but again, he did not.

Wrong reporting abounded. Some editors and reporters made honest mistakes based upon erroneous or exaggerated eyewitness accounts, or misinterpretations that were later clarified when additional information could be obtained. A few accounts were bald-faced lies, at times meant to arouse the local populace or to spread false hope to keep up flagging morale.

In December 1862, multiple newspapers throughout the North mocked an article from a rural Louisiana paper which had reported that some of Robert E. Lee’s famed Louisiana artillerymen had raised the Confederate flag over the U. S. Capitol building in Washington, D.C.

Another tale being circulated was that Stonewall Jackson had captured York, Pennsylvania, and had destroyed all the factories and manufacturing concerns in the town before marching south toward Maryland.

Several editors picked up the story, adding their own commentary about the veracity of the stories.

Here is one such article, as reprinted in the December 7, 1862, issue of the Chicago Tribune.

A Specimen of Rebel News

A soldier in one of the Connecticut regiments at New Orleans has sent home a copy of the Thibbodeaux [sic; Thibodaux] Sentinel Extra, which was obtained when our troops beat the enemy at Thibbodeaux, La., recently. It contains a dispatch purported to be dated at Washington, D. C., Sept. 4, addressed to Jeff. Davis and signed Robert T. [sic; E.] Lee, General Commanding, stating that the Confederate States flag had just been hoisted over the United States capitol by “the remaining eight privates of the 2d company of Washington artillery of Louisiana”; that Stonewall Jackson had taken York, Pa., and destroyed all the manufactories; that he was marching on Baltimore; that he took all the cannon on Arlington Heights, not one of which was spiked; and that there was a great panic in New York and Philadelphia, as well as there might have been if any of these lies had been true.