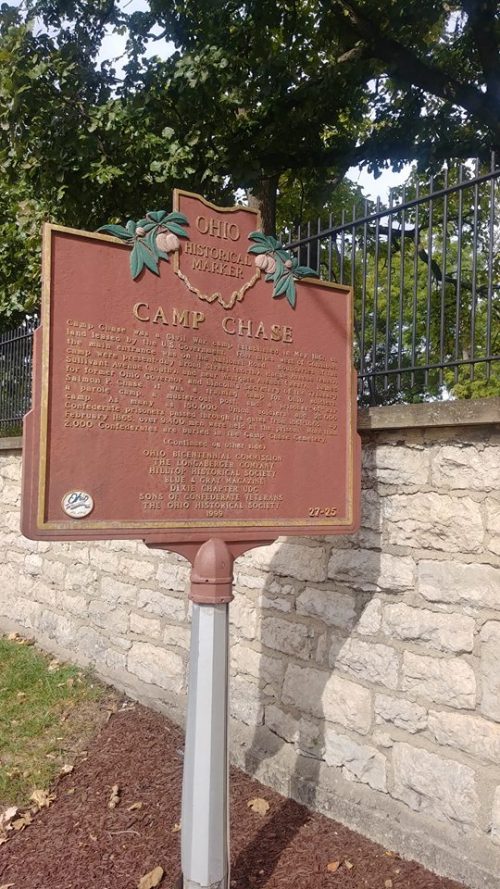 “A Northern man with Southern principles” in York PA

Industrialist A. B. Farquhar once described his adopted hometown of York, Pennsylvania, as “distinctly Northern but not bitterly anti-Southern.” Situated less than 25 miles from the Mason-Dixon Line, the borough enjoyed a strong commercial and social relationship with Baltimore. Most voters, particularly in the southern part of the county, supported the Kentucky-born vice-president of the United States, John C. Breckinridge, in the 1860 presidential election. In fact, in Manheim Township near Hanover, only two of 176 voters cast their ballots for the Republican candidate, former Illinois congressman Abraham Lincoln. In Codorus Township, Lincoln collected 22 votes versus 349 for the unified Democratic “Reading ticket” of Breckinridge and Senator Stephen A. Douglas.

The Northern Central Railway connected Harrisburg, York, and Baltimore in the mid-19th century. Trains often stopped in York so that work crews could add water and fuel to the locomotives and tenders. During one such stop in the first year of the war, a Confederate prisoner of war learned first-hand of the “not bitterly anti-Southern” sentiment of the populace.

Here is the story, as adapted from the October 7, 1861, issue of the Fayetteville Weekly Observer, a pro-Confederate newspaper in North Carolina.

Early in the Civil War, the Federal government sent troops into the mountains of northwestern Virginia in an attempt to secure that part of the Old Dominion. Many residents were pro-Union and later, in June 1863, the section would become the independent state of West Virginia. On July 11, 1861, in Randolph County, Generals George B. McClellan and William S. Rosecrans smashed a Confederate force near Rich Mountain. Almost 300 Confederate prisoners and their commander surrendered; they soon found themselves incarcerated at Camp Chase on a broad hill top west of Columbus, Ohio.

The hastily-constructed facility was not ready for such a sudden influx of POWs.

According to accounts later given to the newsman, “They say their treatment is atrocious. They are put into stalls, like cattle, without one single artifact of furniture, and no bedding or blanket, and fed on scanty rations of crackers and mess pork.”

In the autumn, several Rebel prisoners of war received paroles and train tickets to Richmond. A party of 13 Virginians and two Georgians were on a train that reached Harrisburg in early October. The men transferred to a south-bound train headed to Baltimore to continue their journey.

The Southern reporter, after interviewing one of the returnees, penned, “On passing through York, Pa., one of our prisoners was approached by a respectable looking person. The man whispered in his ear, ‘it would be death to speak his sentiments, but to tell the people in Virginia that the Yankees were going to h-ll as fast as they could.’ This was the only evidence of a ‘Northern man with Southern principles’ encountered by our soldiers in all of their sojourn and travel in the North.”

It was not the first time that a Yorker expressed his sentiments for the South. Earlier in the year, a resident was far more blatant and bold in his actions. The May 29, 1861, edition of The Daily Exchange in Baltimore noted, “A man named John Kunkle made his appearance in Camp Scott (the Union training base on York’s fairgrounds), near York, Pa., one day last week, bearing a Confederate flag in his hand. He was arrested and placed under guard.”

That support remained latent throughout the war. On June 28, 1863, when Confederate troops marched into York to occupy the town, some folks waved Confederate flags from the balcony of the National Hotel. A handful of York Countians served in the Rebel army. One, Johnson K. Duncan, became a Confederate brigadier general. He was born in Chanceford Township and had attended West Point. Duncan resigned from the army in 1855 and became a civil engineer in New Orleans. He married a local girl and, by the time of the Civil War, was pro-southern in his sentiments. He joined the Confederate army and later commanded two forts in the defenses of New Orleans. Duncan died of malarial fever in Tennessee in December 1862 while serving as chief of staff to General Braxton Bragg. 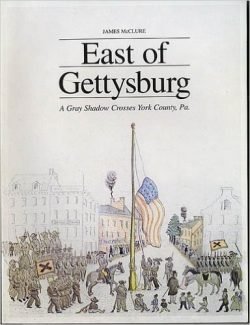