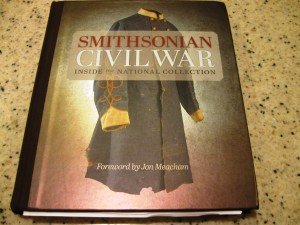 While the public unfortunately cannot currently enter the Smithsonian Institution in Washington, D.C., because of the government shutdown, some of their extensive holdings of Civil War relics, artifacts, letters, uniforms, photographs, and ephemera can be viewed in a fascinating new book, Smithsonian Civil War: Inside the National Collection.

Commemorating the 150th anniversary of the War Between the States/Civil War, this new “coffee table” book features 150 separate entries, ranging from political campaign memorabilia from Lincoln and his opponents to letters written by soldiers to their loved ones back home and vice versa. Slavery, life on the home front, key battles, music, women, leaders, common folk — all are included in this sweeping survey of the Smithsonian’s treasures.

Written by 49 members of the curatorial staff of the Smithsonian, the book has received glowing reviews to date from a wide variety of publications and websites. Items from 12 different Smithsonian museums are included in the selection of subjects. More than 550 color photographs interpret the story of the Civil War in typical fine Smithsonian fashion. 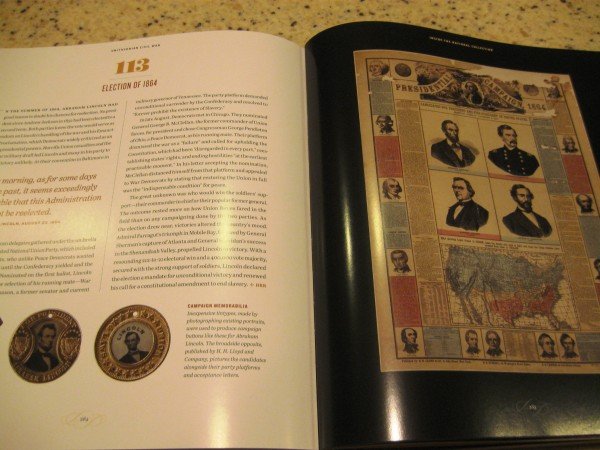 For example, the entry on the 1864 presidential election features photographs of campaign memorabilia and documents, with appropriate verbiage which summarizes the historical event as well as giving a brief overview of the objects pictured. 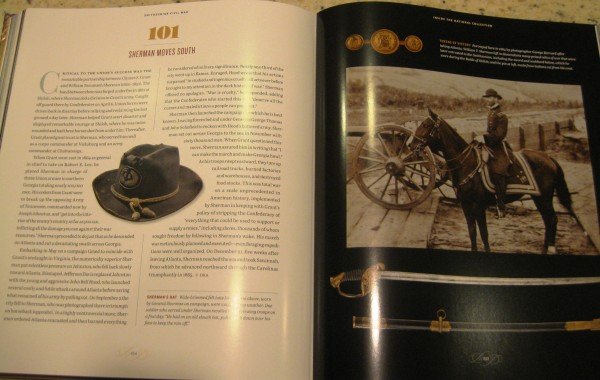 The entry for “Sherman Moves South” includes pictures of the famed general’s Civil War slouch hat and sword, as well as his photograph. The new book includes similar pages for other key leaders such as Robert E. Lee, Stonewall Jackson, Ulysses S. Grant, and others. 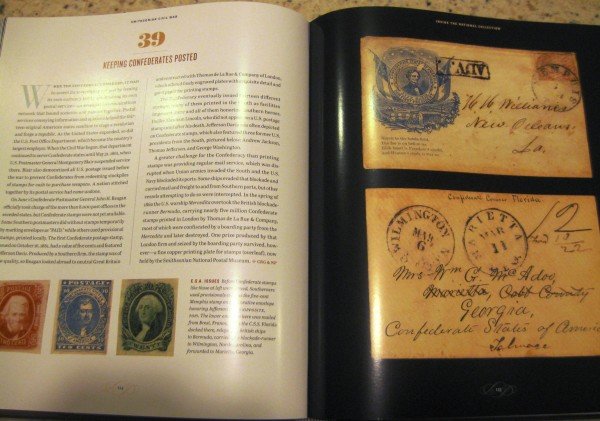 Rare Southern postage stamps and letters are featured in an entry entitled, “Keeping Confederates Posted.” As the war progressed, the Confederacy had increased difficulty in delivering the mail, and shortages of paper plagued both the government and its citizens. 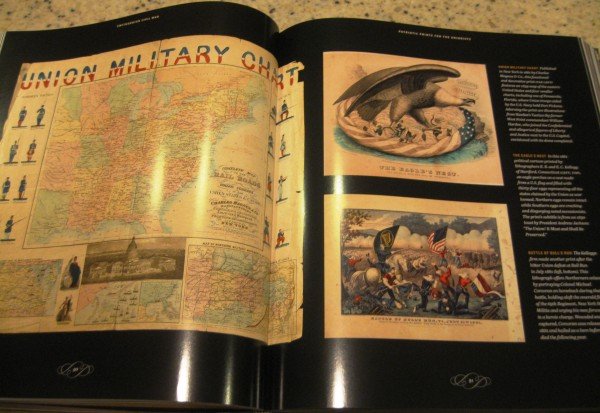 The book checks in at 368 pages printed on glossy coated-two-side premium enamel publication paper. It retails for $40 in the USA and $46 in Canada. Pulitzer Prize winning author and Random House executive Vice President Jon Meacham wrote the foreword.