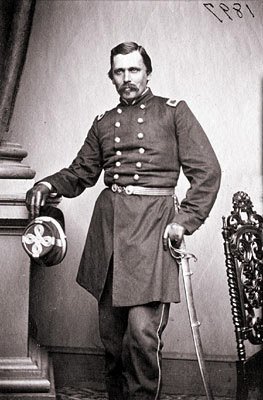 SHAMOKIN, PA – Vincent Chesney will host the fifth annual Slavic performing arts heritage festival on Monday March 11 at 5pm. This year’s event is titled “Friends Like Eagles: Polish Officers in America’s Civil War”. It honors the 150th anniversary of the War Between the States. As in previous years, Chesney generously offers this event free and open to the public.

Scheduled to speak at this year’s event is the award-winning author of over fifteen books James Pula, PhD. Pula is a professor of history at Purdue University North Central. He will speak about Brigadier General Włodzimierz Krzyżanowski who commanded the 58th New York Volunteer Infantry known as the ‘Polish Legion’ for their high percentage of immigrant soldiers.

Dennis Kubicki, who holds multiple master’s degrees in management, is also scheduled to speak at the event. Kubicki is a military reenactor from Frederick, Maryland with three decades experience. He will portray a soldier from Confederate Colonel Valery Sulakowski’s 14th Louisiana Infantry nicknamed the“1st Polish Brigade”. Both infantries fought at Gettysburg among other famous battles. Both men born into Polish nobility were prominent in American politics after the war.

Krzyżanowski took part in Poland’s unsuccessful 1848 uprising against Prussia prior to answering Lincoln’s call for volunteers by coming to America with a group of Polish soldiers. Some may consider these Polish officers to be war hawks while others may see them as eagles for liberty and justice. Sulakowski followed a similar path to America. He sided with suppressed Hungarian forces in the 1848 failed uprising against Austria in a year when Europe was in turmoil.

An adjunct instructor at Luzerne County Community College, Chesney created this event to illustrate the rich history and ethnic diversity of the area as well as connect subjects that students are learning to real life context. Each year the event allows the college and community to share in an entertaining and educational experience.