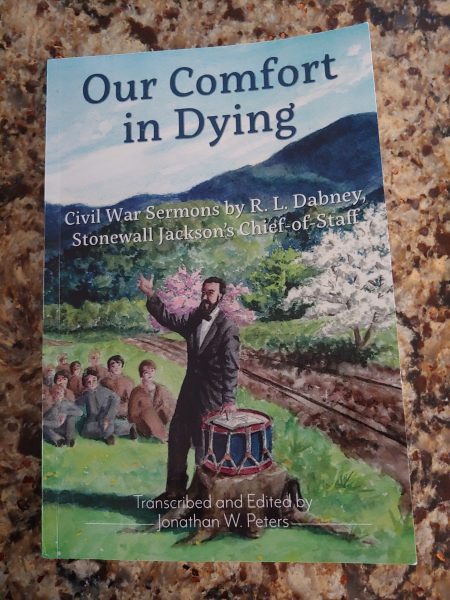 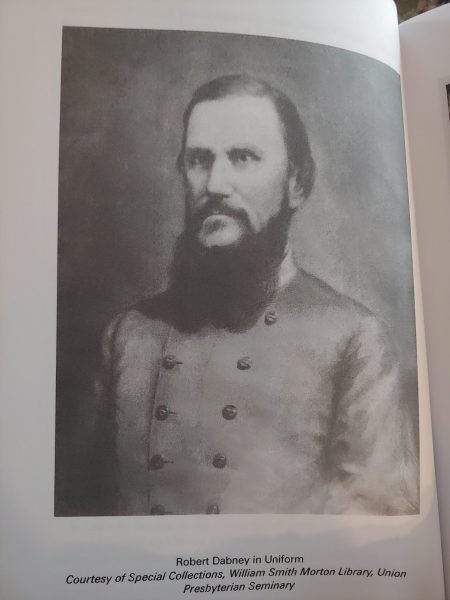 Checking in at 346 pages, this book contains 20 of Reverend Dabney’s sermons, ranging from exhortations against stealing and cheating in business or personal transactions to memorializing a fallen fellow officer. While most of the discourses were written during the Civil War, a handful predate the conflict but are illustrative of Dabney’s preaching style and typical themes. 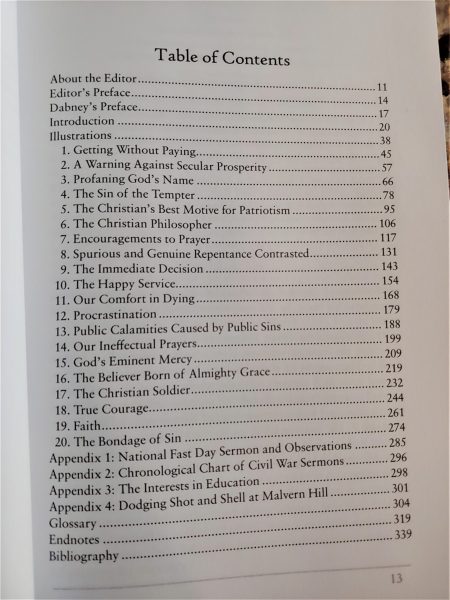 The table of contents shown above gives the titles of Dabney’s various sermons that Jonathan Peters presents in this collection, as well as four appendices. Of particular interest to the Civil War buff is Appendix 2, which recounts the dates, location, and circumstances of Dabney’s known wartime sermons. It helps trace his movements, as well as the religious revivals of the Army of Northern Virginia.

Peters gives the reader some nuggets of contemporary praise (and contempt) from Dabney’s peers. For example, while Generals Stonewall Jackson and John B. Gordon praised Dabney’s efforts and thanked him for raising the morale and spiritual welfare of their men, a few officers took exception to the minister-turned-staff officer. Lieutenant Henry Kyd Douglas, well known to most ardent Civil War buffs, deemed the straight-laced Dabney as “too old, and too reverend, and too unelastic” in his beliefs. The feeling was mutual, with Dabney in turn thought that the cocky Douglas was “too bumptious & self efficient.”

Dabney’s often flowery writing and preaching style, as well as his word choices, are illustrative of the times in which he lived and may seem lengthy and wordy to modern readers. However, his content often is spot on, with central sermon points that still resonate today. For example, his sermon on “Getting Without Paying” is an often biting discussion of the temptation of taking unfair advantage of others in business transactions, either as the seller or buyer. Other interesting sermon discusses preparing oneself spiritually for impending tribulations and possible harm, including potential death.

“This world, my brethren, is a weary one”: those 19th-century words certainly ring true for many people in the 21st century. He implores his listeners (in this case, the soldiers of the 18th Virginia) to put their trust in the Lord, who promised rest for those laborers who “come unto me.”

While Dabney at times reflects the Southern mantra that the war resulted from US government forces invading the Confederacy, his writings predate the controversial “Lost Cause” themes of later commentators. Given that fact, Dabney’s point of view is understandable. He does warn that war, in and of itself, is not something to trifle with or to enter into lightly. Soldiers need to prioritize their relationship with their God and with their fellow man.

Non-Christians may take exception with Dabney’s preaching but recognize that spiritual matters were of keen interest and importance to many people in the 19th century, and much of the content still has relevance today. Read as a history of the times, this book has merit. Read as a challenge by a preacher to holy living, this book provokes deeper thought and study.

I thank Jonathan W. Peters for bringing these selected sermons to light for our consideration and contemplation. To read more about the book, please see the publisher’s website.