Save the Mifflin House: why we all should care. 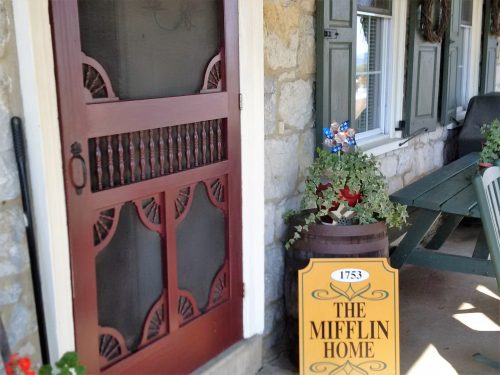 A few months ago, I was among a small group of fellow history buffs who were invited on a personal tour of the historic Mifflin House, known to its Quaker founders as “Hybla,” just outside of Wrightsville, Pennsylvania. A generation later, the property, then known as the Huber farm, was a part of the Civil War battlefield for the skirmish of Wrightsville as state militia denied the Confederate army a key river crossing.

I documented the potential threat to the property in two Cannonball blog posts (click here, and then here to read them as background material).

In recent days, the Mifflin House has been back in the news as the threat of its destruction appears to have increased. Preservation Pennsylvania has named it as one of the most threatened properties in the commonwealth that deserve to be kept for posterity.

I asked several area historians and preservation-minded residents to weight in on why Hybla must be saved. Here are some of the initial responses. More to come in future posts. 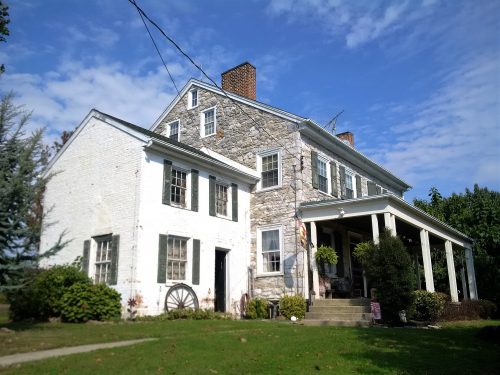 “We have to cherish the artifacts of our history and now merely set up plaques saying what used to stand here. The partnership alluded to by Randy is typical of our area that is why the Underground Railroad was an important part of our history. Religious faith and a sense of community that embraces persons of all backgrounds and origins used to be an ideal ascribed to by America. It must be held up against the current atmosphere of fear and self-indulgence that expresses itself in xenophobia, racism, and sexism.” — Dr. Leroy Hopkins. The native of Lancaster, PA is a retired German professor from Millersville University. Currently, he serves as president of the African American Historical Society of South Central Pennsylvania.

“As a 21st-century Quaker I have gained a reverential admiration and respect for the 19th-century Quakers of York and Lancaster Counties who played important roles in the Underground Railroad, along with important African-Americans such as Robert Loney and William Whipple.  While researching a book on Drumore Friends Meeting in southern Lancaster County I came to understand that nearly every Quaker meeting in the two counties included courageous members who committed themselves to assisting fugitive slaves on their way to freedom.  The Wrightsville-Columbia piece of that effort included the prominent leadership of the Quaker Mifflin and Wright families on the two sides of the Susquehanna.  That the Mifflin homestead has been preserved to the present is an incredible gift; that it might be lost to the future would be a tragedy.  I urge those involved to  do all in their powers to protect this irreplaceable sacred landmark and to work together to celebrate the community’s past by determining together how future generations will be able to know this important piece of local and national history. The inspiring lessons of shared effort in the nineteenth century could be a wonderful model for how we in the twenty first century might work together to celebrate our communities.” — Douglas Miller. He is a retired Penn State Professor (University Park) who now lives in York County and is a member of Lancaster Friends Meeting (Quakers.)  Miller is the author of the recently-published Drumore Quakers’ Precious Habitation, celebrating the 200 years of that meeting, which included important Underground Railroad participants.

“KCVPS has long been involved in encouraging preservation of our local resources.  We also strive to be a part of the municipal government in our efforts.  It is of utmost importance for the public to understand that municipal ordinances should be written in such a manner that provisions are made to accommodate these valuable resources before they are lost for all time.   Local historical societies must get involved in having strong ordinances in the municipality.” — Katina Snyder. She is one of the founding members of the Kreutz Creek Valley Preservation Society, serving Hellam township and Hallam Borough since 1986.  She was born in Hellam, went to Washington, DC for 25 years and then returned and retired here.  Katina’s away experiences have led her to value this area and to do her best to highlight it. 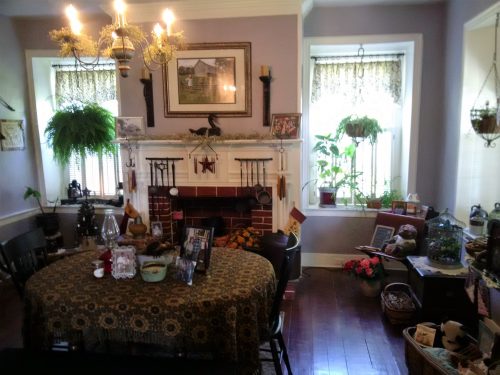 “The significance of Hybla is important in York’s development & history.  It spans 2 1/2 centuries.  The vital placement of this vista and its safe house has tremendous ties to York being renown as an important Underground Railroad locale.  As with William C. Goodridge and his home – among many houses & stores in York’s core region, Hybla, as is Wrightsville was the “destination” to promise by many seeking solace and freedom.  Access via ferry, train cars, and cart travel across the Susquehanna Bridge, the network of concerned York people in quiet made for a strong association which aligns with core values of Pennsylvania’s founder, William Penn – who granted all a place of freedom, religious or otherwise.  Hybla being close to the York-Wrightsville Turnpike provided a terminus that became the golden gateway.  It’s value to York’s tour & historic future is unparalleled on many planes.” — Terrence Downs, Goodridge Freedom Center historian & board adviser.

“I am a descendant of Mennonite and River Brethren farmers who have lived in the Hellam Valley since the early eighteenth century. My ancestors would have rubbed elbows with the courageous Quakers who led in their convictions against slavery, and in their willingness to engage in civil disobedience in favor of obedience to a higher law. Some of my Strickler ancestors lived on properties next to the Mifflin property in the nineteenth century. When I see the Hybla house, so clearly, standing sentinel as a city on a hill, a beacon of bygone struggles for liberty as a part of the Underground Railroad, now greeting the rush of modern traffic on route 30, I fervently hope that the local inheritors of this rich inheritance will do all in their power hold onto such a beautiful symbolic reminder of the luminous and dedicated spirits who once walked this land.” — David Dietz is a Hellam Township vegetable farmer. He studied Social Studies at Millersville University and is an active member of the local York Friends Meeting. 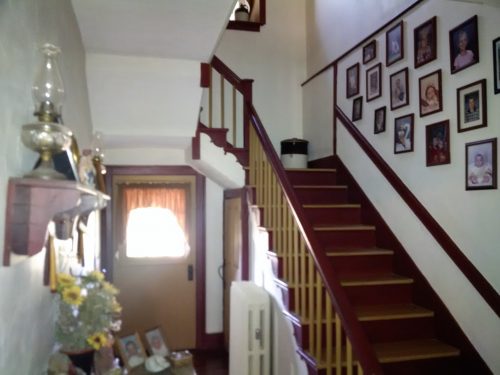 “The Mifflin House is set on a high hillside overlooking the beautiful Susquehanna River. It holds deep historic significance about many chapters in American History: some long forgotten; some never told; sometimes painful tales; and most importantly, some stories so inspiring they bring tears to your eyes.  And yet this home built of stone in 1800, and the few remaining acres of farmland on which it sites, is threatened with destruction because in the minds and plans of some, it is relegated as “in the way” of what comes next on this historic landscape. Mifflin House and its history as a place named Hybla is central to THE story our nation’s early American civil rights movement we have come to know as the Underground Railroad.

“As such, Hybla and the Mifflin Family —  in concert with Robert Loney, a courageous African American river boatsman  — and through family and faith connections to the noted Quaker Family in Columbia, Lancaster County — the Wrights, together made history in a unique place and time. This place should be embraced as sacred and inviolate to the underpinnings of understanding our community today, so steeped in faith and what were clearly positive radical political ideals.

“Why? Because theses people and their life work, and their private properties which we have essentially “inherited” as community stewards of history, epitomize the workings of the Underground Railroad as a religiously-inspired and racially integrated civil rights movement.  So it is up to those of us who ascribe to the truth that property rights and community history and our natural resources and that almost intangible feature of life called cultural heritage, all should be given equal seats at the table of local government. It is in our town halls where we have the clearest and most direct connection to make our voices heard. And it is here with our elected municipal government representatives  where new ideas can emerge that — more often than not —  can meet all hopes, expectations, even financial interests, as well as our dreams. But we all need to come together first in peace and understanding for those ideas to flow. Let’s meet.” — Randolph Harris is a native of Duquesne, Allegheny County, Pennsylvania.  A resident of the City of Lancaster, Harris is an independent consulting historian with a background in journalism, photography and real estate appraisal and housing development. His professional work and community volunteerism focuses on the research and documentation of historic sites, with a special interest in properties linked to the Underground Railroad. He is currently consulting with the Kreutz Creek Valley Preservation Society, based in Hellam Township,  in that organization’s role as officially sanctioned adviser to Hellam Township when it receives applications from property owners that impact or affect properties known to be historically significant within that municipality.