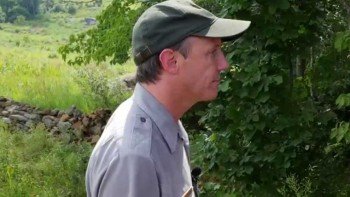 The York Civil War Round Table will feature Matt Atkinson at its monthly meeting on September 16, 2015. Mr. Atkinson will present a PowerPoint talk on “Robert E. Lee Comes Home from War- 1865 to 1870.”

The meeting will be held at 7:00 p.m. on Wednesday evening in the auditorium of the York County Heritage Trust at 250 E. Market Street in downtown York, Pennsylvania. There is no charge for admission and the public is welcome.

Robert E. Lee is one of the most beloved and iconic military leaders in our nation’s history. He is known for his character, audacity, and selfless leadership. The decision to surrender, possibly the darkest moment of his life, nevertheless set the tone for the nation in the bloody aftermath of the war. Despite his fame, Lee came home from Appomattox confronting an uncertain future. He faced unemployment, failing health, and a potential indictment for treason. Yet, Lee’s post-war years also represent a remarkable chapter for the once great general as he helped to set the torn nation beginning the long process of reconciliation and reunion. Today, this time period of Lee’s life is often overlooked by Civil War enthusiasts. Come out for a great program on this pivotal time in our country’s history.

Matt Atkinson hails from Houston, Mississippi. He attended Ole Miss and graduated with a Bachelor of Arts in both Business Administration and History. He has had a lifelong interest in the Civil War and now has one of the greatest jobs at one of the nation’s iconic parks, Gettysburg National Military Park, as a Park Ranger.

Matt has published a manuscript by a Confederate staff officer entitled “Drennan’s Letter.” William Drennan witnessed many important events during the Campaign and Siege of Vicksburg. He also will soon be completing a multi-volume work on the William T. Rigby papers from Vicksburg National Military Park. In 2016, Matt has a book on Vicksburg, from Savas Beatie’s Emerging Civil War Historians series, to write.