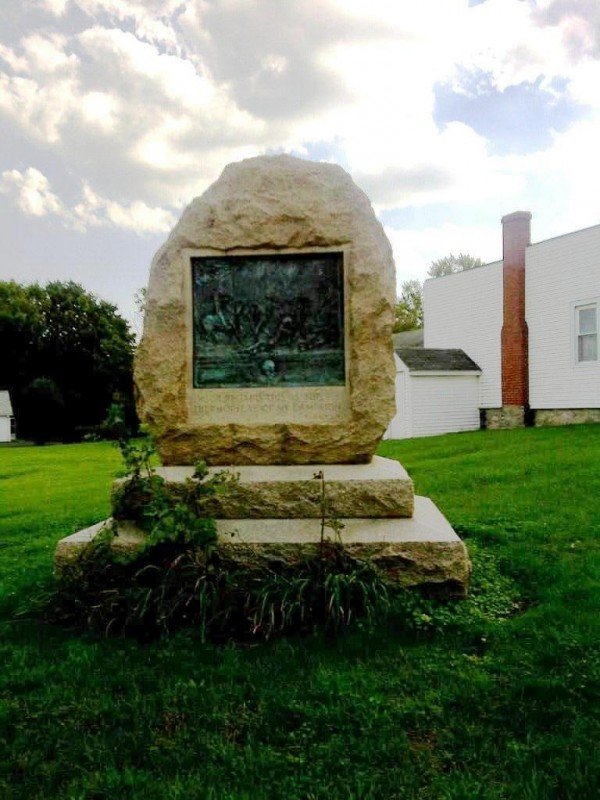 This monument is on US Route 11, the Martinsburg Pike, northeast of Winchester, Virginia. It commemorates the gallant defense of a bridge over a nearby railroad by a single battery of Confederate artillery during the June 15, 1863, battle at Stevenson’s Depot (a part of the overall Second Battle of Winchester during the Gettysburg Campaign).

Lt. Colonel R. Snowden Andrews’ artillerymen defended the bridge on Old Charlestown Road against repeated Federal attacks by regiments of Ely’s Brigade. The bridge is long gone, the battlefield is not under preservation easements, and much has changed since 1863, but luckily enough of the battlefield is undeveloped to allow a decent interpretation of what happened in the fighting and the general terrain.

Award-winning author Eric J. Wittenberg and I are researching a new book on Second Winchester. He, his wife Susan, and fellow author Scott C. Patchan invited me to join them for a detailed tour of the old battlefield a couple of weeks ago. Here are some more photos from our day trip to the Shenandoah Valley. 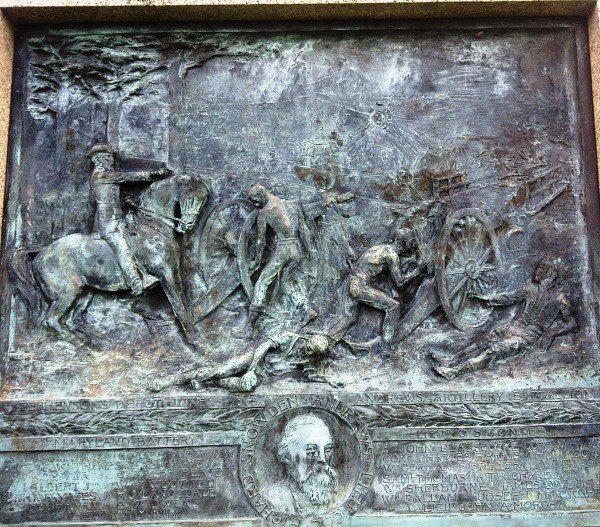 Here is a detail of the bronze relief from the Andrews monument. That’s the commander at the bottom. Here is a close-up of his visage. 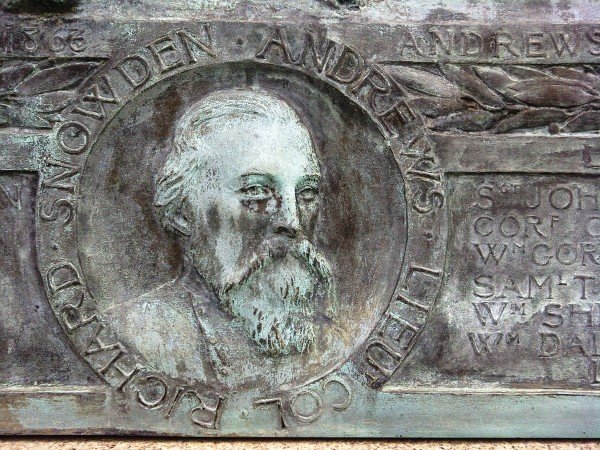 Snowden Andrews was born in October 1839 and lived until shortly after New Year’s Day in 1903. He was a prolific architect before after the Civil War. When war erupted, Andrews organized a battery of Maryland artillery and fought in the Army of Northern Virginia. He suffered multiple wounds in the war, including a very serious one to his side in August 1862 at Cedar Mountain. He was wounded again at Stevenson’s Depot, an injury which prevented any further field service. He became a Confederate diplomat, serving as an envoy to Germany. As an architect, among his most well known designs were the Maryland governor’s residence as well as the south wing of the U.S. Treasury building in downtown Washington. 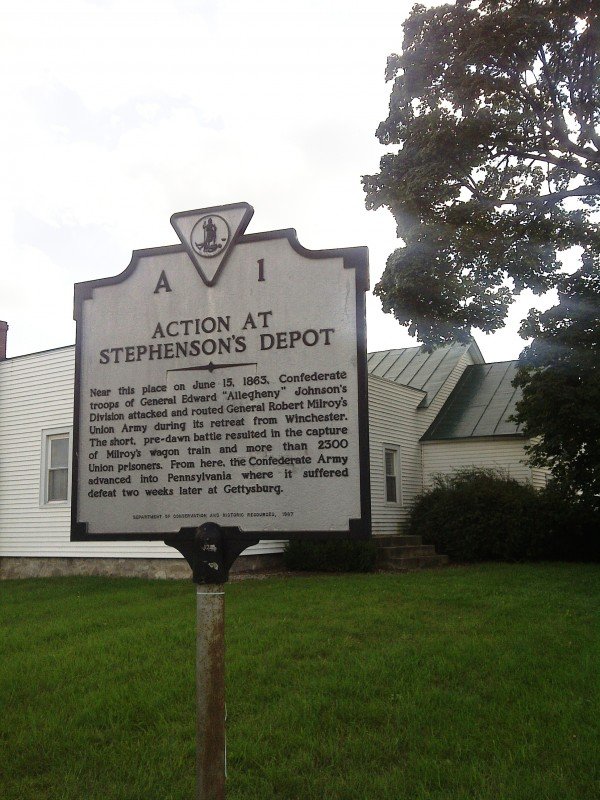 Stevenson’s Depot was a disaster for Maj. Gen. Robert H. Milroy’s Union troops. Thousands were captured or fled in disorder from the scene. 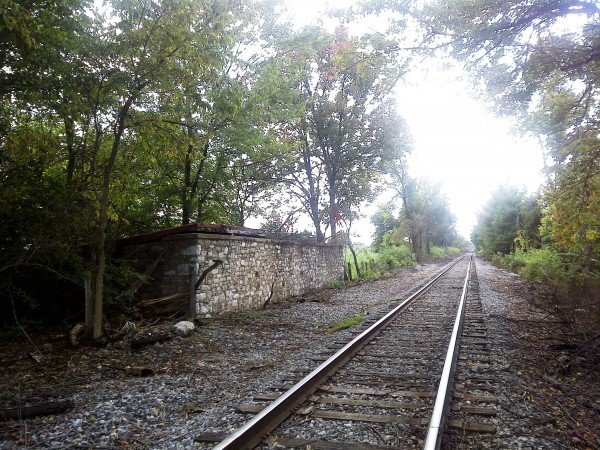 The wartime Stevenson’s Depot sat on the left of the modern tracks, which in 1863 marked the course of the Winchester and Potomac Railroad. 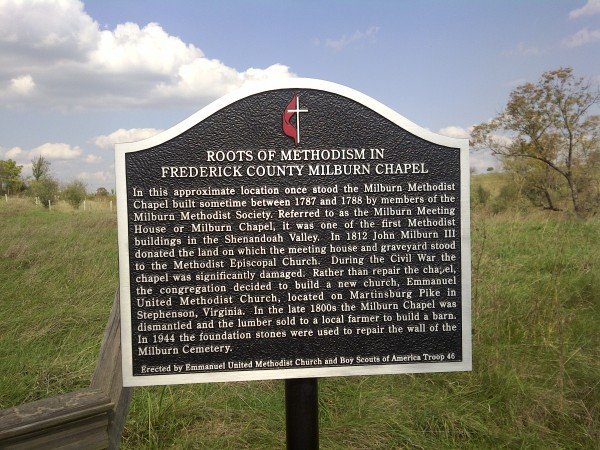 Not far from Stevenson’s Depot is the old Milburn Cemetery, which dates back to the Revolutionary War era. 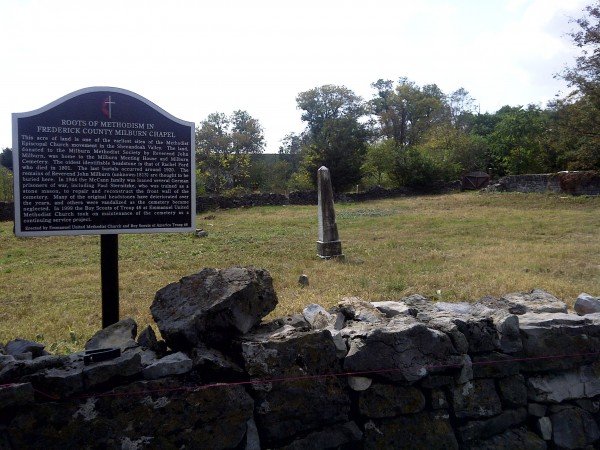 Fighting raged near the old chapel (long gone) and the cemetery. 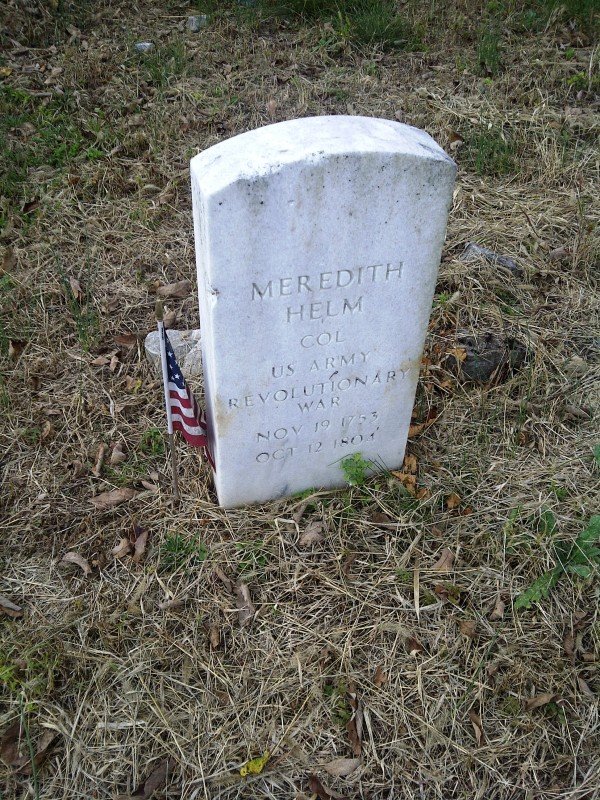 Most of the old gravestones are long gone, but this relatively new one recalls Col. Meredith Helm of the Continental Army during the American Revolution. He was a leading officer in the famed Morgan Rifles, under Daniel Morgan. His land, Belleville Farm, is about four miles from Winchester.