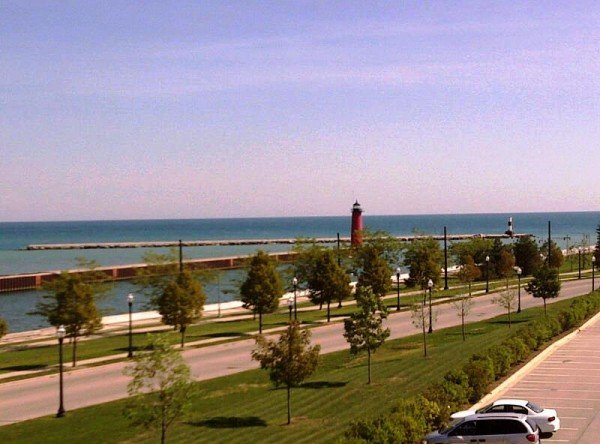 On the banks of Lake Michigan is the Kenosha Civil War Museum, in Kenosha, Wisconsin. This is the view from the parking lot. The museum houses an impressive collection of Civil War memorabilia and artifacts, as well as dozens of tableaux of wax figures. Upstairs is a large library/resource center, several meeting rooms, and display areas. Admission is quite reasonable. I flew into Milwaukee for a business meeting and arrived a few hours before the meeting started so I made the half-hour drive down to Kenosha to walk around the museum. Wargamer Jerry Merrell and Civil War author Steven Recker have both highly recommended the museum, so I wanted to see it for myself.

Here are a series of photographs of just a small sampling of the museum’s many offerings. It truly is an excellent interpretation of the war, the home front, and the context. 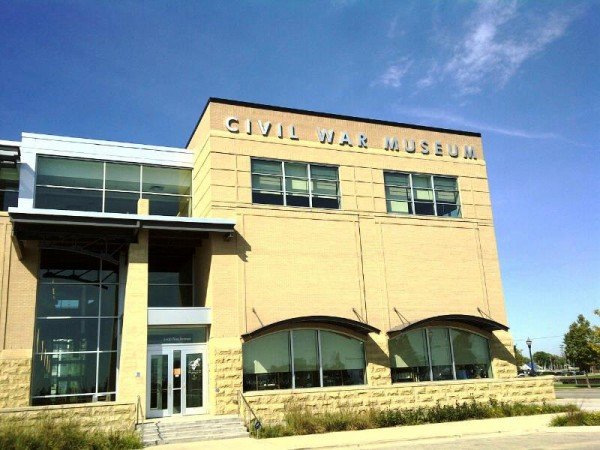 The museum has been in this location only a few years, having relocated from nearby Carthage College. 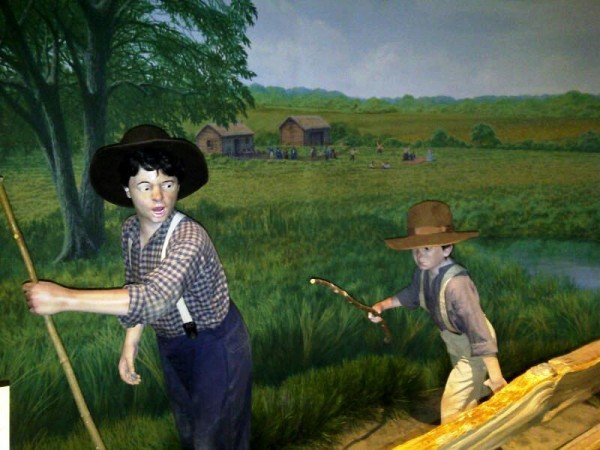 One of the first tableaux shows the innocence of the era, and the simple rural life style that many enjoyed. The innocence would soon be shattered. 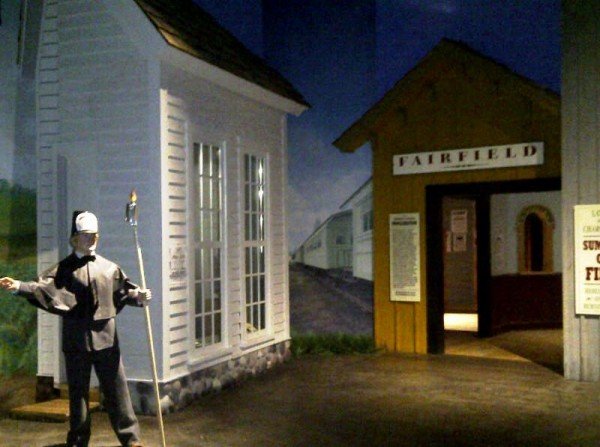 One of the Republican “Wide Awakes” which supported Abraham Lincoln in the 1860 presidential election. 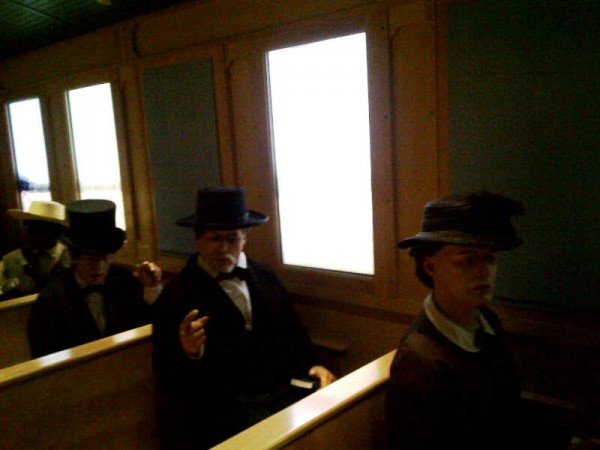 Visitors can step inside a “train” to ride along with the new volunteers heading for the assembly points to join the army. The “windows” are screens showing projected images of passing farmland as the train steams along its path to the city. 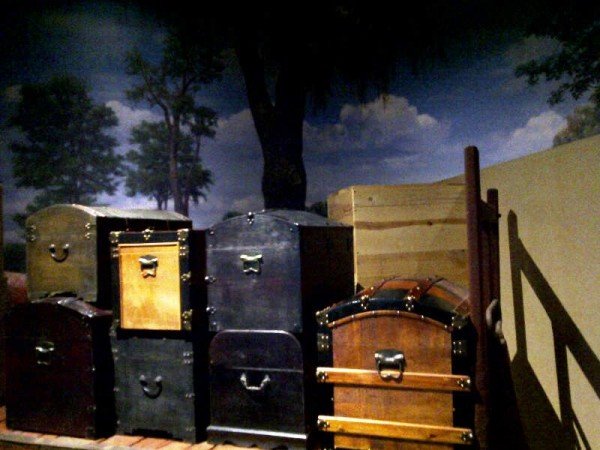 Trunks are piled up at the station awaiting transportation. 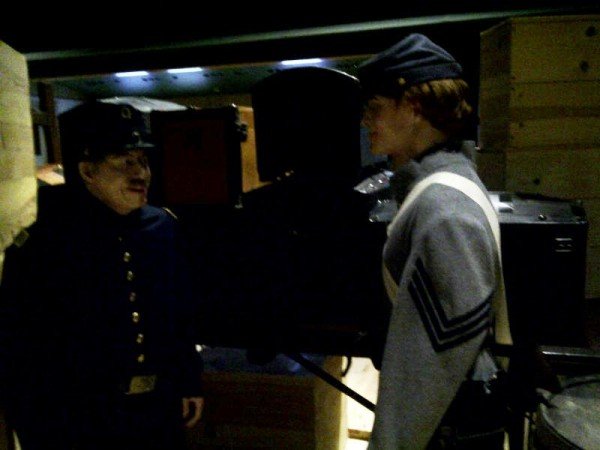 The wax figure to the right wears an early war Wisconsin state-issued gray uniform. Units wearing similar attire caused confusion at the First Battle of Manassas/Bull Run and finally led to Union troops almost universally wearing blue the rest of the war (there were some exception, including the green-clad Berdan’s Sharpshooters). 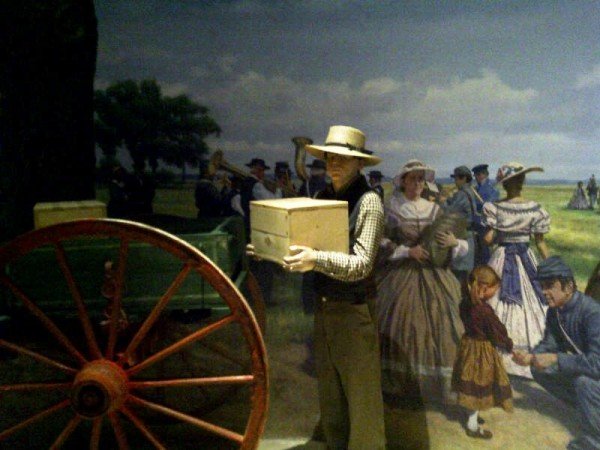 Preparing to leave for the front… 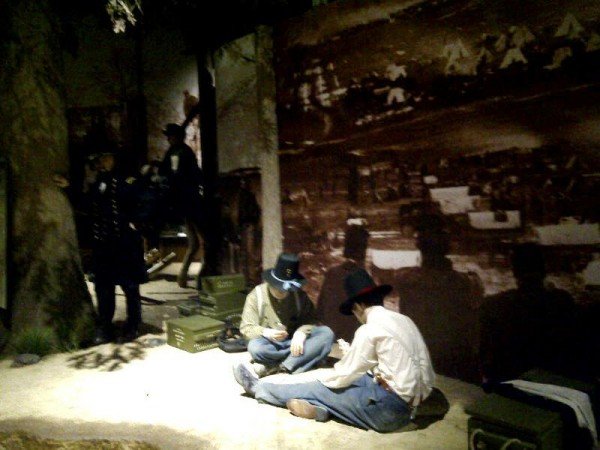 Boredom was a problem, with new soldiers so far away from home. Some men turned to alcohol or gambling to help pass the time. These men are playing cards for money. 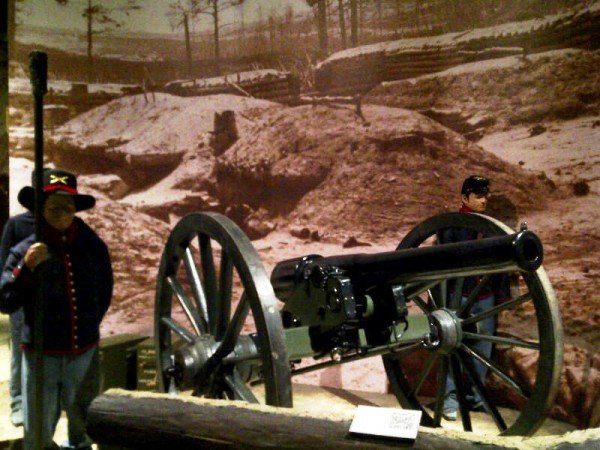 Displays often use background art/photography to add depth and context to the 3D images. Here, an artillery piece sits in the “trenches.” 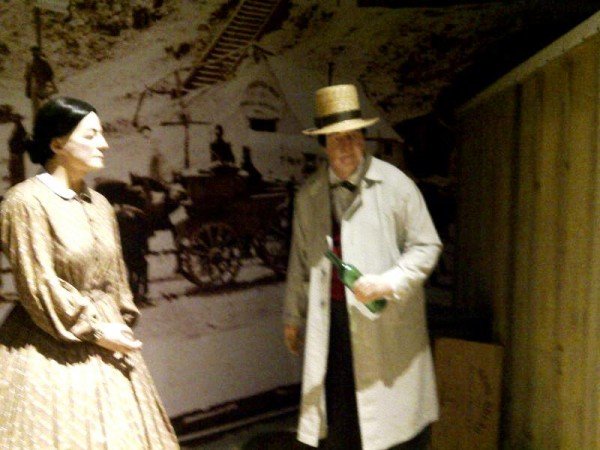 Life on the home front is a frequent theme as one wanders through the museum, which is laid out thematically in multiple sections, all forming a circle around a central gallery of contributions by the states of the Upper Midwest. 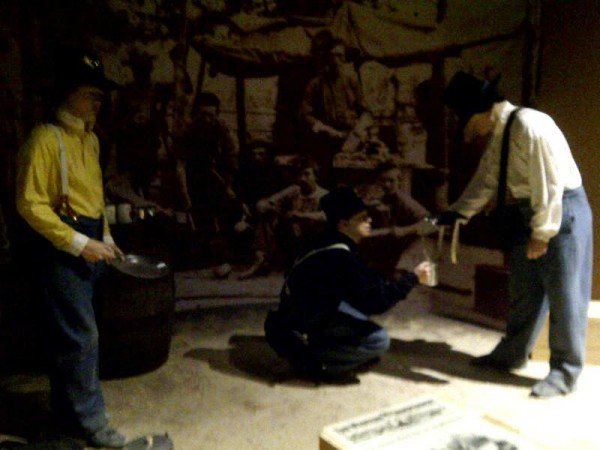 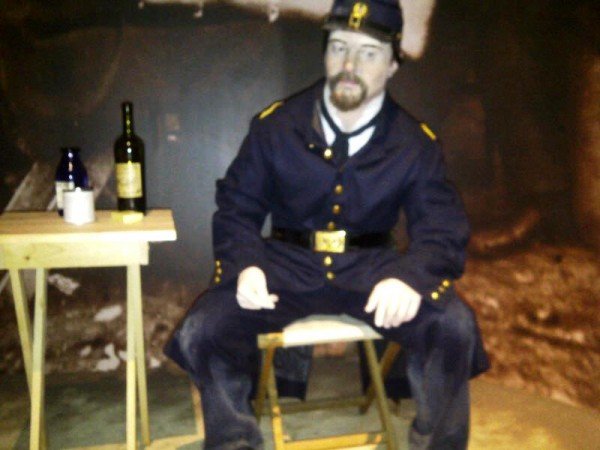 If you go: The Civil War Museum is located at 5400 First Avenue in Kenosha, Wisconsin, within reasonable driving distance from Milwaukee and Chicago. Click here for a link to their website.

General admission – $7
Kenosha City and Town of Somers residents – $5
Friends of the Museums members – Free
Youth ages 15 and under, accompanied by an adult – Free