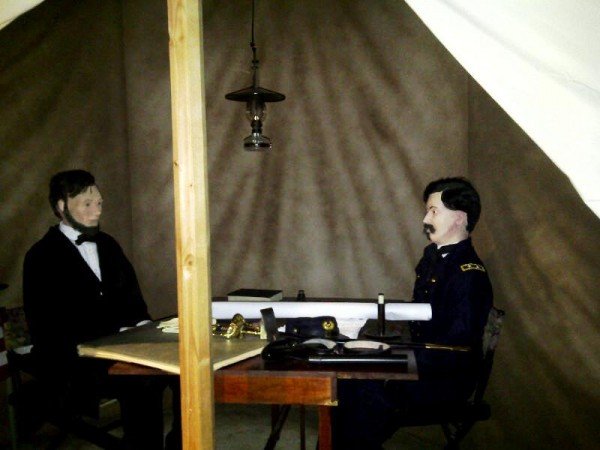 I recently toured the Civil War Museum in Kenosha, Wisconsin, along the scenic western shore of Lake Michigan. The museum is a combination interpretive wax museum and relics/artifacts repository, as well as a learning resource and study center. Click here to see part 1 of the virtual tour.

Here are some additional photographs. 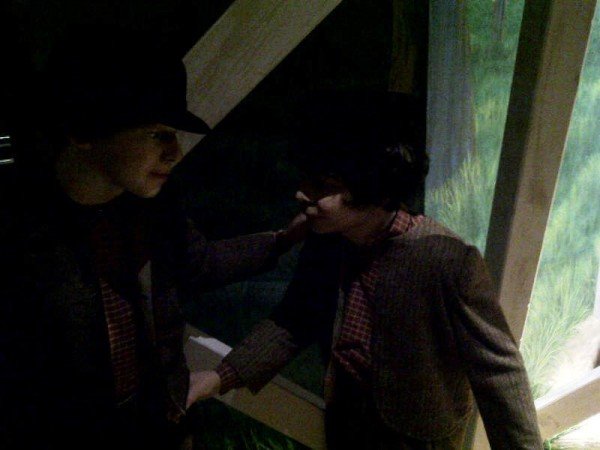 The museum is relatively low priced ($7 per person; free to Kenosha residents) and easy to get to from Chicago or Milwaukee. 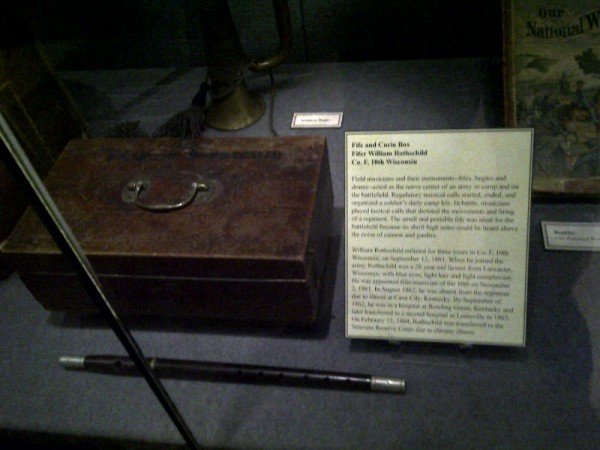 The relics collection includes artifacts from the war, the home front, the antebellum period, the post-war GAR, and other related subjects. 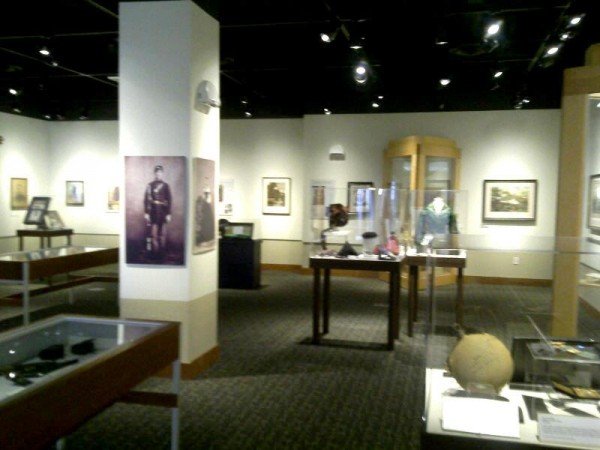 The displays are well done, thematic, and interpretive. Many relics are on loan from private collections. 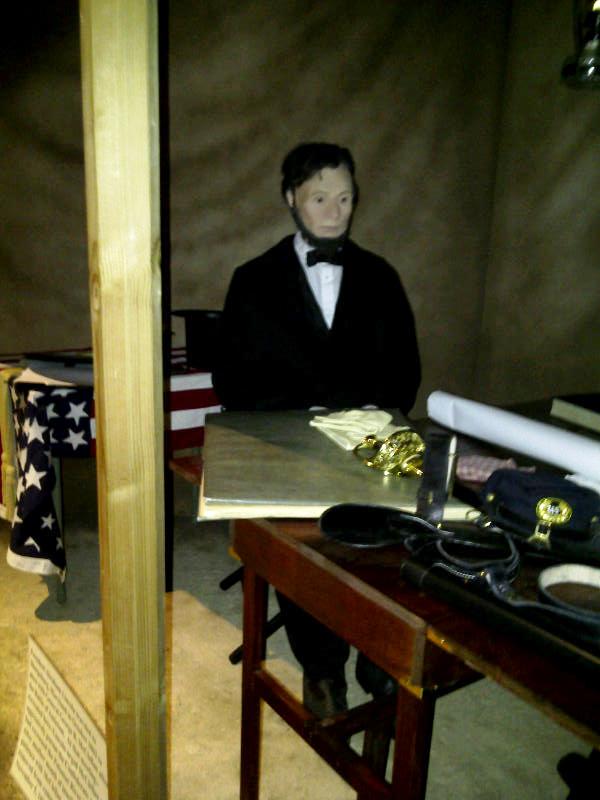 This scene recreates a famous photograph of Abraham Lincoln and Major General George B. McClellan conversing in McClellan’s tent in the weeks following the 1862 Battle of Antietam. 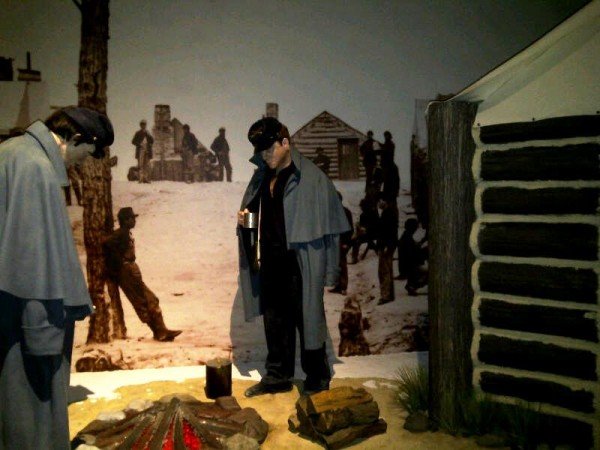 This winter camp scene includes a full-scale replica of a well-built wooden cabin erected by the soldiers as shelter. 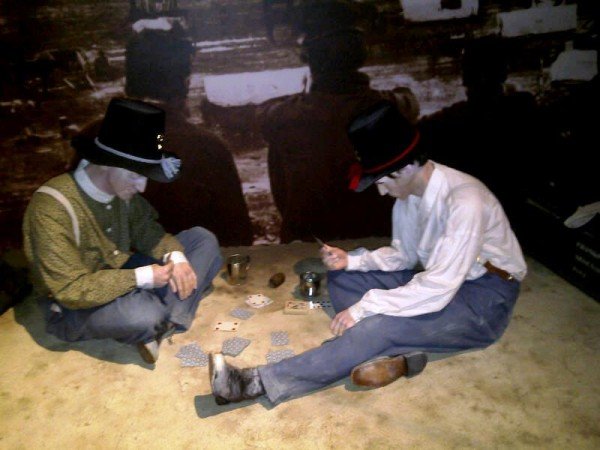 Many of the tableaux give a sense of what everyday life was like for the soldiers in between the marching and fighting. The average soldier spent far more time in camp than on the road. 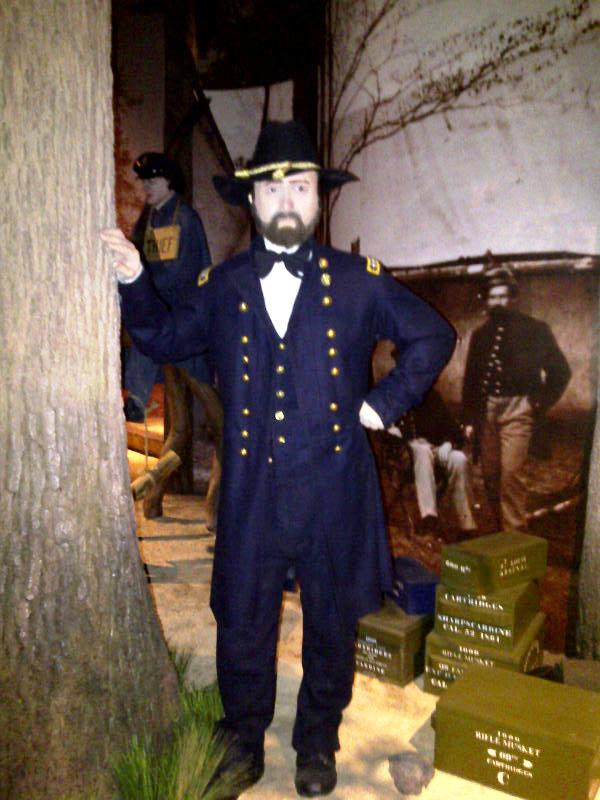 Another life-size depiction of a famous Civil War photograph, this one of Union General Ulysses S. Grant. 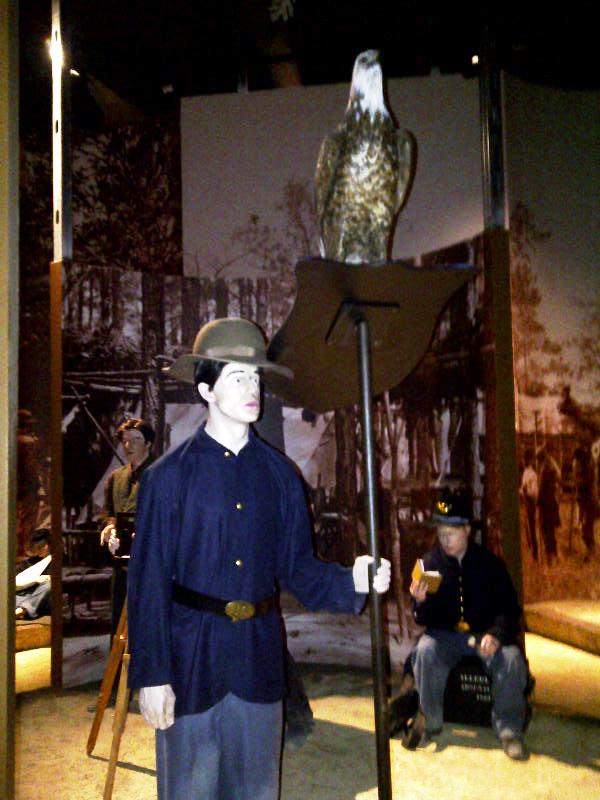 “Old Abe” was the bald eagle mascot of the 8th Wisconsin Infantry. The actual eagle was present at several battles and campaigns, including Corinth and Vicksburg. After it died of smoke inhalation in a fire in the State Capitol in 1881, its stuffed remains were on display until destroyed in a second fire in 1904. 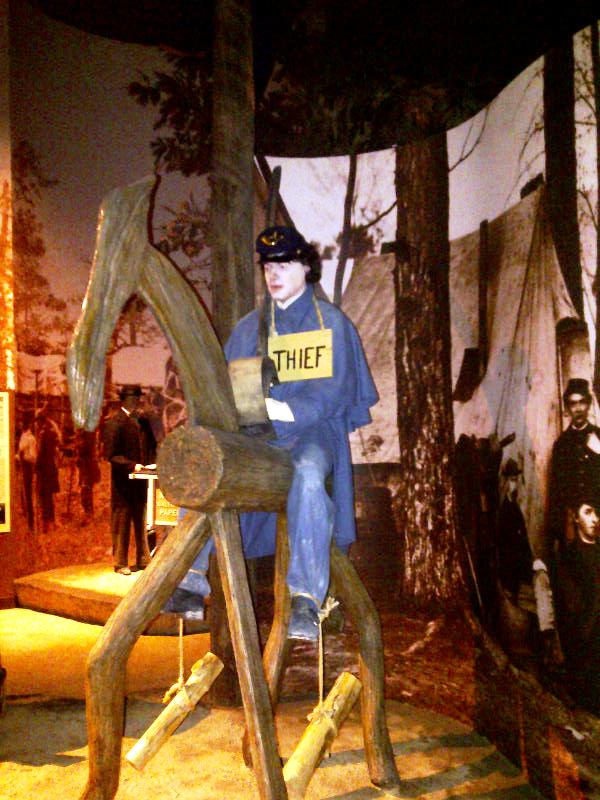 Soldiers often faced unusual punishments for their transgressions, including being tied to a wooden horse for hours.

Stay tuned for Part 3 of this series of photos taken in September 2012 at the Kenosha Civil War Museum.