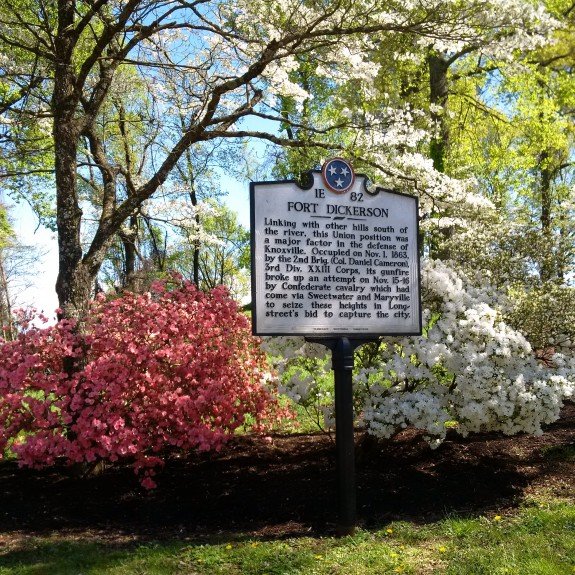 I was recently in Knoxville, Tennessee, to speak to the Knoxville Civil War Round Table on my book The Louisiana Tigers in the Gettysburg Campaign. Before the talk, my friend Jim Doncaster, a former fellow York resident, was kind enough to show me a few of the sites in and around town associated with the Civil War. East Tennessee was largely pro-Union during the war. Few people owned slaves and the lifestyle was much different than the central or western parts of the Volunteer State.

Fort Dickerson, one of a series of small, hilltop forts the Union army constructed to protect the city, has been preserved through the efforts of that CWRT group and other civic-minded individuals and organizations.

Here are a few photographs from that visit. 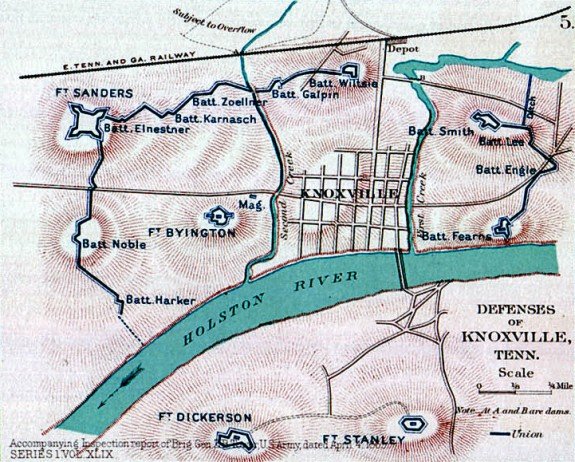 U.S. Army map from the Official Records of the War of the Rebellion. Fort Dickerson is to the bottom left. The earthworks of the adjacent Fort Stanley still exist, but that hill is overgrown with vegetation and trees and is not accessible to the public. Fortunately, Fort Dickerson has been preserved and is open to the public as a free park. 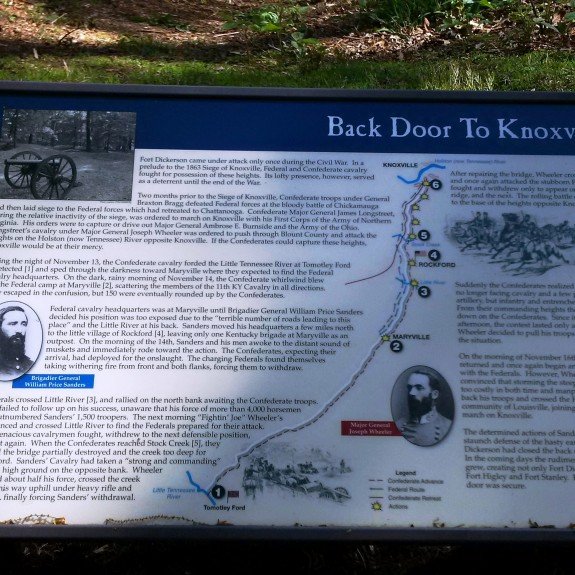 Fort Dickerson, as stated on this wayside marker erected near the fort, was considered as the “back door to Knoxville.” Built in 1863 on the south side of the Holston River (now known as the Tennessee River), the fort was named for a fallen Union officer. It and nearby forts were built on high ground to prevent Rebels from bombarding the city if the ridges had remained unoccupied. 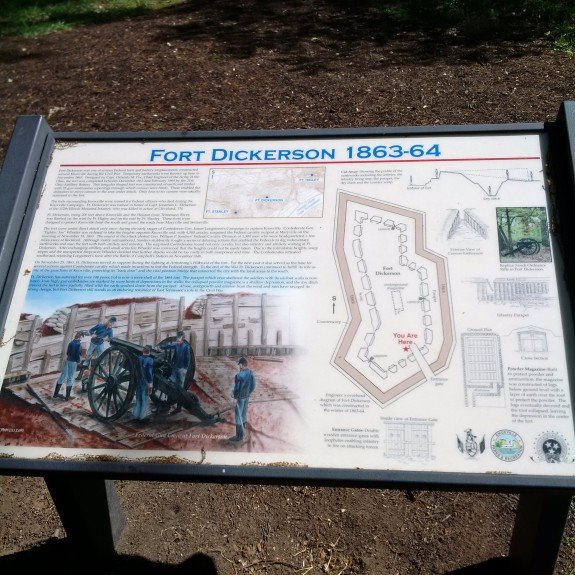 On November 15 – 16, 1863, Joe Wheeler’s Confederate cavalry attempted to seize Fort Dickerson, but retreated after an unsuccessful assault. The slope was too steep. They huddled under the walls, while Union soldiers stayed inside. Anyone on the parapets would be shot down. Eventually, the cavalry withdrew. 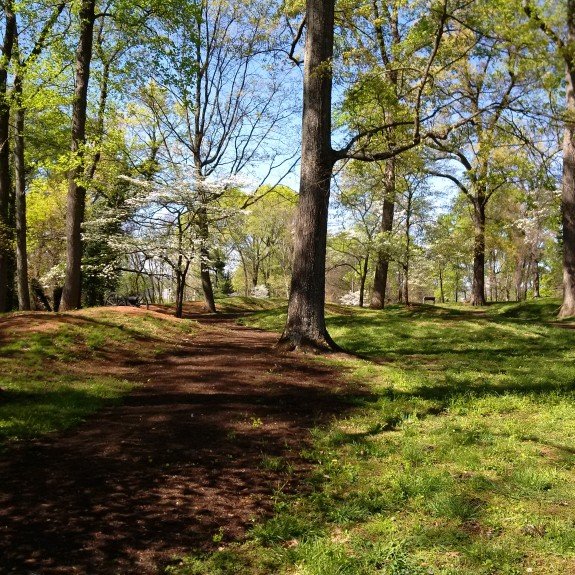 According to a local tourism website, “Today the fort is in a City park and is maintained by the City of Knoxville and the Knoxville Civil War Roundtable.   The fort contains 3 replica cannon, numerous interpretative signs detailing the fort’s history and maps and photos of the actions around Knoxville.  The Roundtable sponsors a Civil War Weekend the second weekend in November with a school day and two days of public tours and military presentations.” 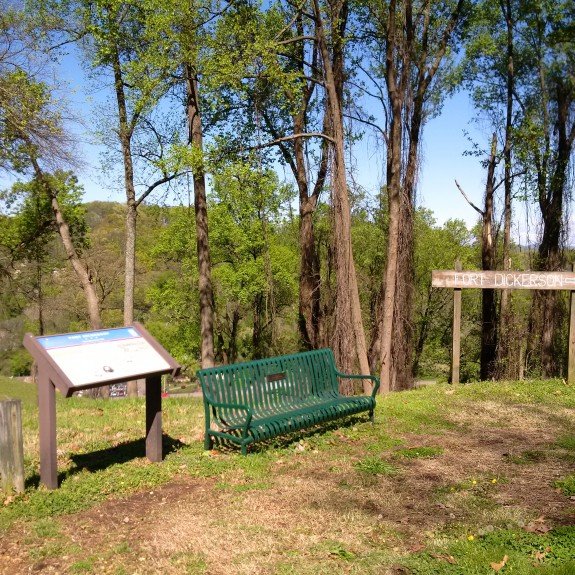 The park is a popular spot for relaxing, viewing the city, picnicking and walking. 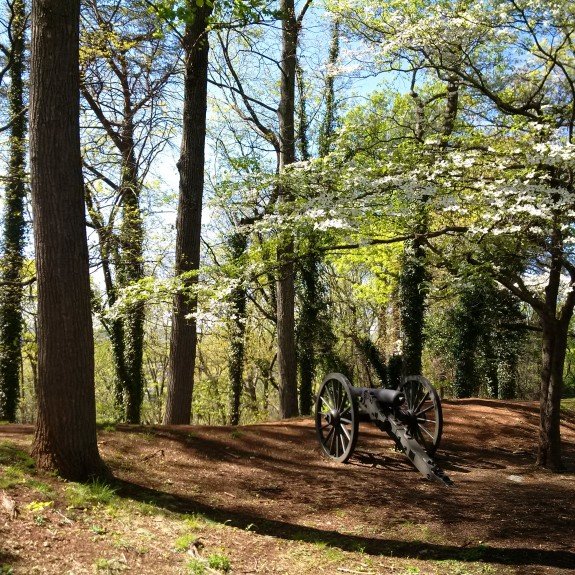 One of three replica Civil War cannon which line the remnants of the old fort’s earthen walls. 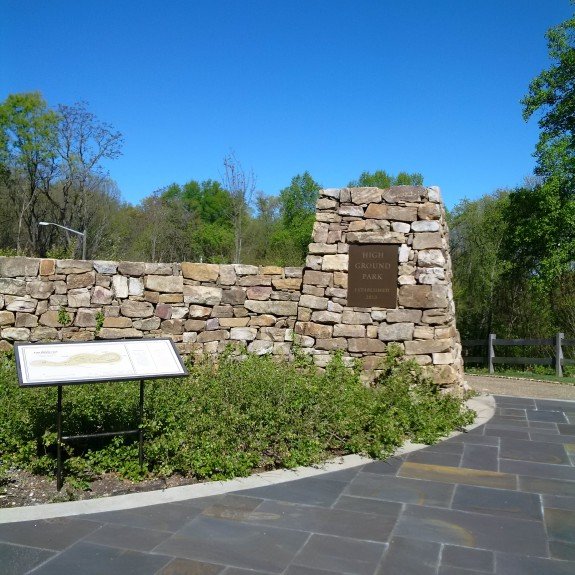 Nearby is another preserved earthworks, Fort Higley. We did not walk down to the site, but the path is lined with wayside markers describing the fort and the Knoxville Campaign. 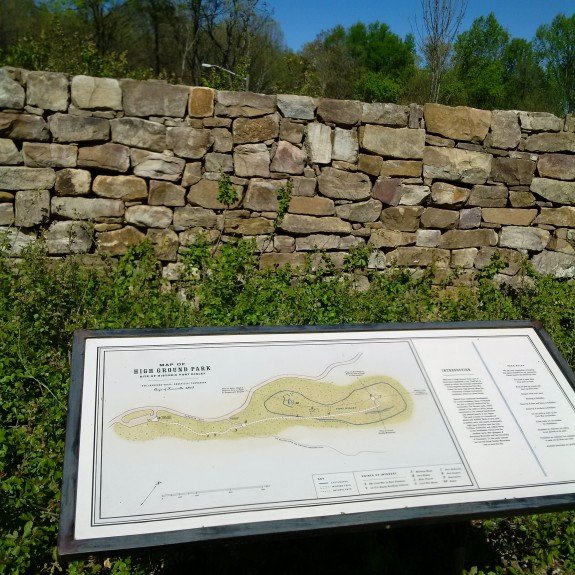 This wayside marker shows the parking lot (left) and the pathway to the hilltop fort itself (right). 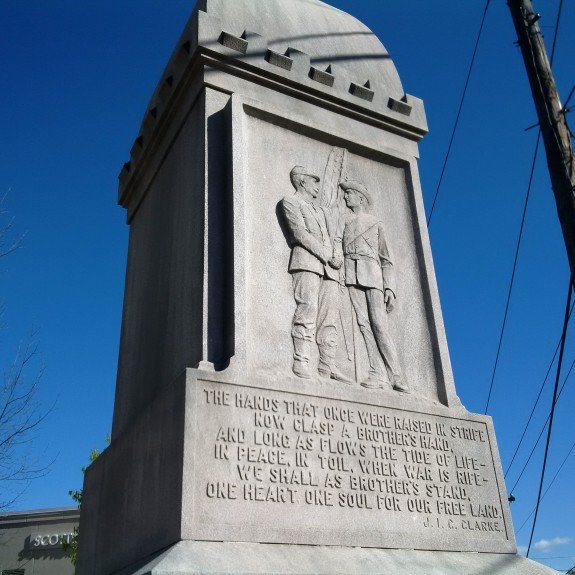 Unlike Forts Dickerson, Stanley, and Higley, nothing is left of many of the other small Union forts that once ringed Knoxville, including Fort Sanders to the west of town. On the bitter, cold night of November 28, some 3,000 of Longstreet’s veteran infantry from Mississippi and Georgia stormed the bastion, located on a hill now occupied by part of the University of Tennessee, but were driven back. The 79th New York “Highlanders” were among the defenders. Their survivors  erected this monument at the intersection of 16th Street and Clinch Avenue after the war. A small monument to the Confederate veterans of the battle is a block to the west along 17th Street and a few wayside markers recount the engagement. 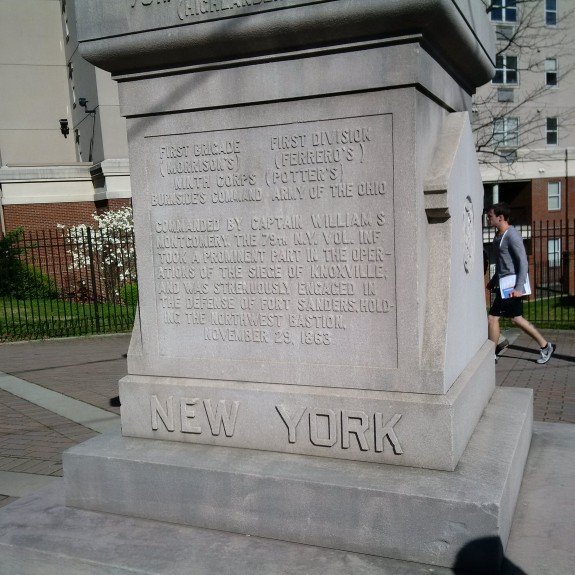 The 79th New York had fought in the Eastern Theater earlier in the war, including at First Bull Run, various engagements in South Carolina including Secessionville, Chantilly/Ox Hill, and other battles. Its first commander, Colonel James Cameron, was killed at Bull Run on July 21, 1861. The Pennsylvanian, born in Maytown in western Lancaster County, was the younger brother of U.S. Secretary of War Simon Cameron.

There are several other remaining Civil War sites in Knoxville, including the Bleak House, a Classic Revival-style manor house at 3148 Kingston Pike which General Longstreet used as his headquarters. Three Confederate sharpshooters hidden in the house’s tower died when Union artillery fired on their position. 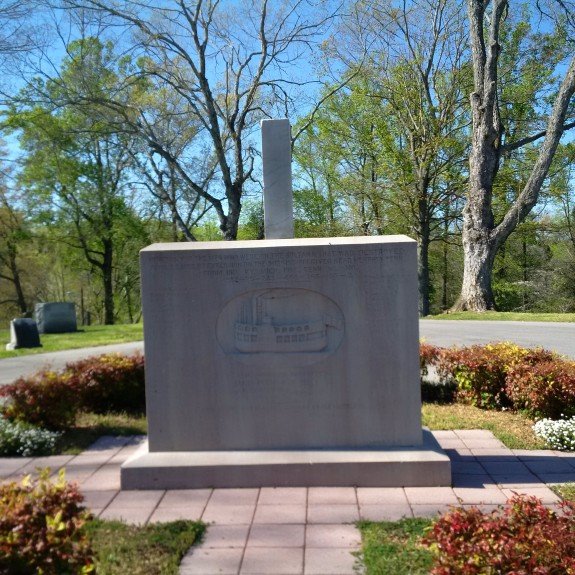 At the close of the war, tens of thousands of prisoners of war from both armies were released and sent home. more than 2,400 former POWs crowded onto the decks of the two-year-old steamship Sultana in New Orleans for the trip northward. Many of them were from Ohio, Tennessee, and Indiana. 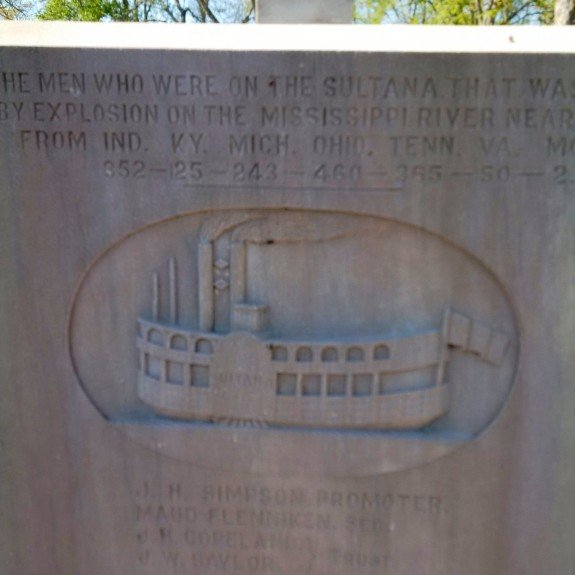 On the night of April 27, 1865, a hastily repaired boiler exploded, causing a chain reaction that soon sank the flaming Sultana. More than 1,800 men died, as well as some of the civilian passengers on board. It remains the worst maritime disaster in U.S. history. This somber memorial in the Mount Olive Baptist Church Cemetery remembers those Tennessee Union soldiers who perished that night on the Mississippi River some seven miles north of Memphis.

To plan your own visit to Knoxville to see its Civil War sites, please have a look at the Civil War Traveler’s webpage.