For the first time in more than 20 years, I visited Chickamauga National Battlefield in northern Georgia. The battle was nearly a Federal fiasco. Only the steadying hand of Major General George Thomas saved the Union army from a total collapse. Thomas’s stand on Snodgrass Hill would forever earn him the well-deserved sobriquet as “The Rock of Chickamauga.”

Here are a few photos from the field. 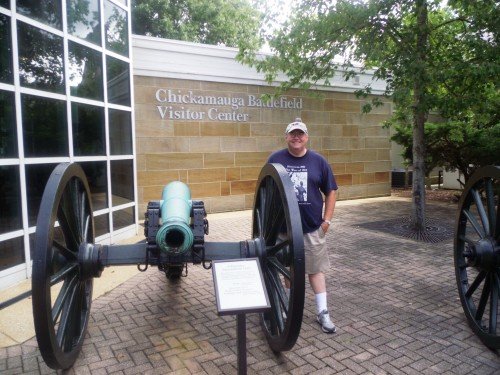 The Visitors Center has a very nice little museum, with a fantastic collection of vintage firearms, particularly rifles and smoothbore weapons. There is no charge to tour the battlefield or enter the museum. 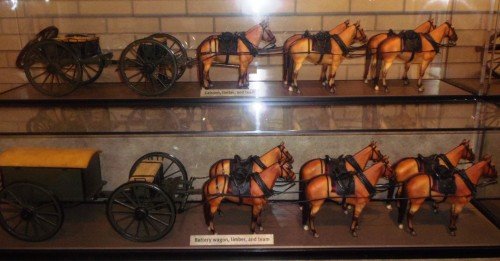 As a miniature wargamer and Civil War toy collector, I always appreciate models of Civil War scenes, soldiers, and equipment. This display is part of the museum’s collection. 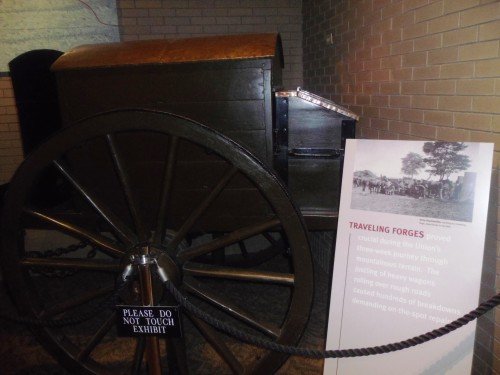 Not many Civil War museums have vintage traveling forges on display. This is one of the finer examples I have seen to date. 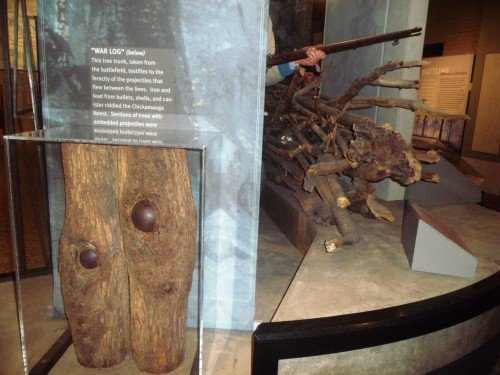 Remnants of a witness tree from the old battlefield showing two solid shot cannonballs and various Minie balls, bearing silent testimony to the ferocity of the battle of Chickamauga. 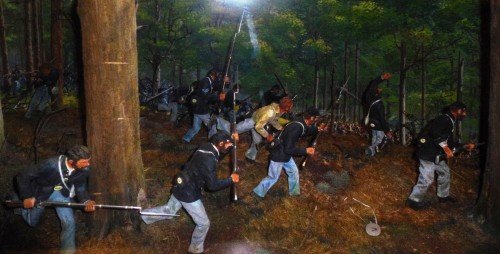 One of the handful of dioramas on display in the museum at Chickamauga. 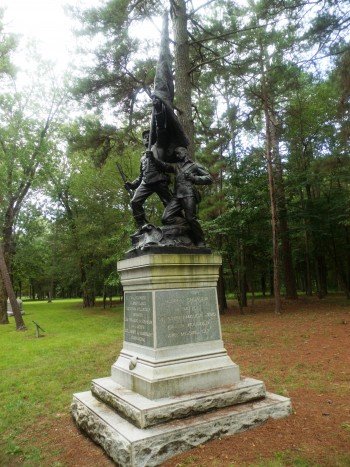 Chickamauga has an impressive collection of monuments commemorating the valor and sacrifice of so many boys and men in both blue and gray who fell here back in the autumn of 1863. The 79th Pennsylvania Infantry lost 130 men during the fighting, almost a third of its strength. 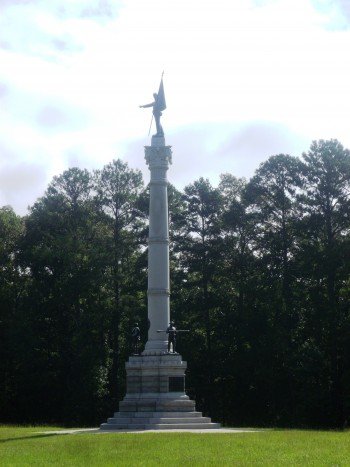 According to the National Park Service, “in 1863, Union and Confederate forces fought for control of Chattanooga, known as the ‘Gateway to the Deep South.’ The Confederates were victorious at nearby Chickamauga in September. However, renewed fighting in Chattanooga that November provided Union troops victory and control of the city. After the fighting, a Confederate soldier ominously wrote, ‘This…is the death-knell of the Confederacy.'” 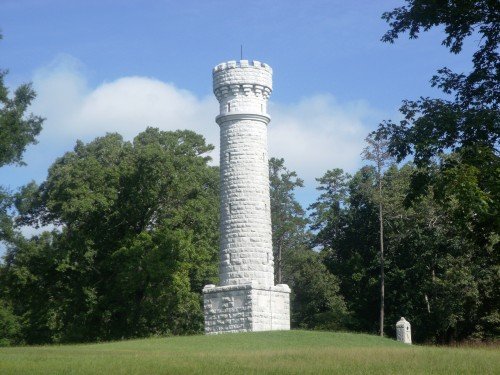 According to the National Park Service, “Construction began on the tower to honor General John T. Wilder’s Brigade in 1892. Originally, planned to be 105 feet tall, the tower was reduced to 85 feet and completed in 1899.” 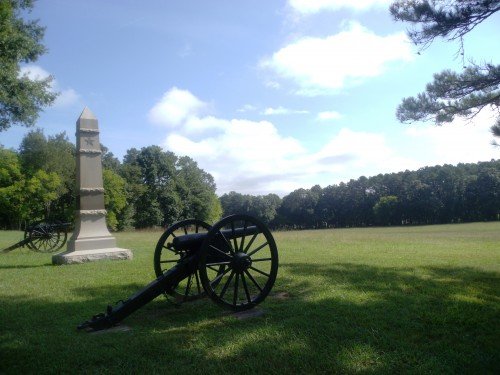 The battlefield is a peaceful place to visit today, belying the maelstrom which swept these now tranquil fields back in 1863. 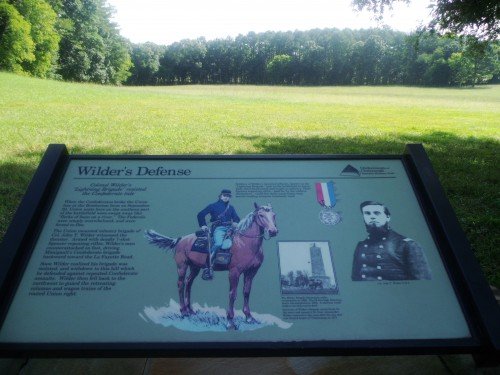 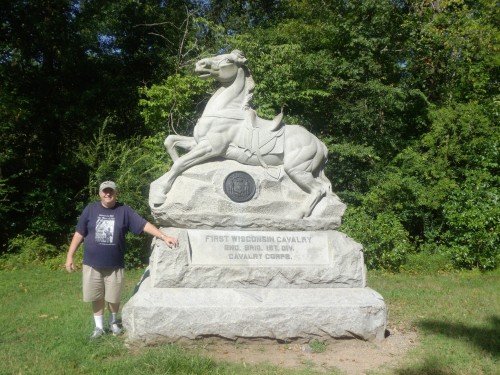 Monument to the 1st Wisconsin Cavalry. 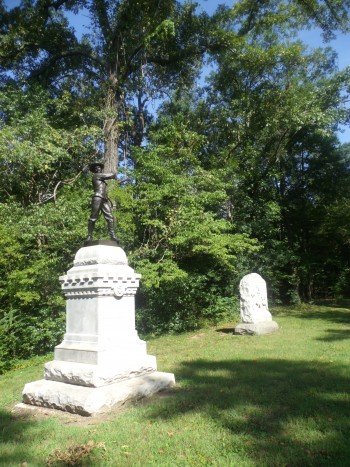 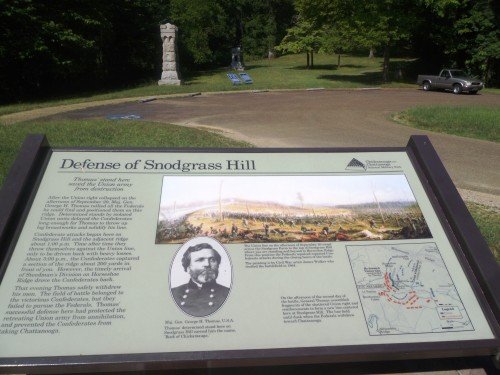 Wayside marker which discusses the stand of General Thomas and his men. 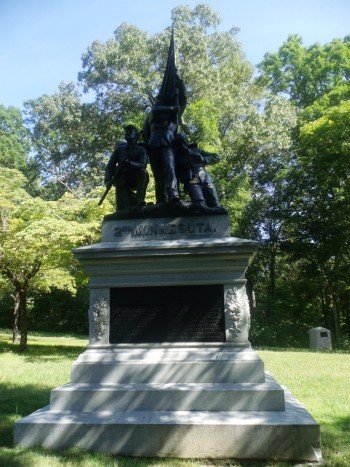 2nd Minnesota Infantry monument on Snodgrass Hill. They were among the regiments which stood fast as Pap Thomas’s line held together to buy time for the rest of the army to withdraw safely to Chattanooga. 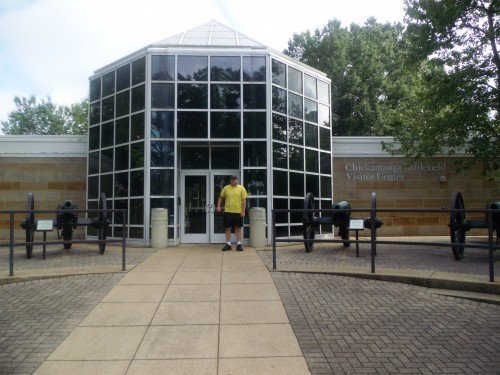 To learn more about this fascinating park, visit its website. 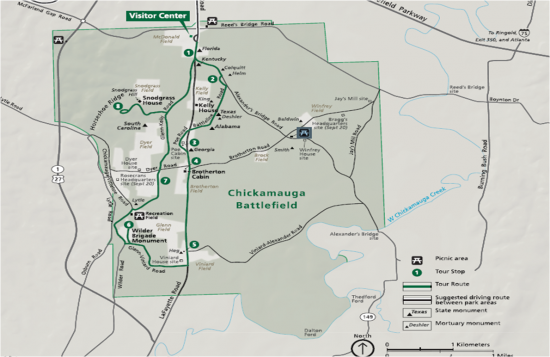