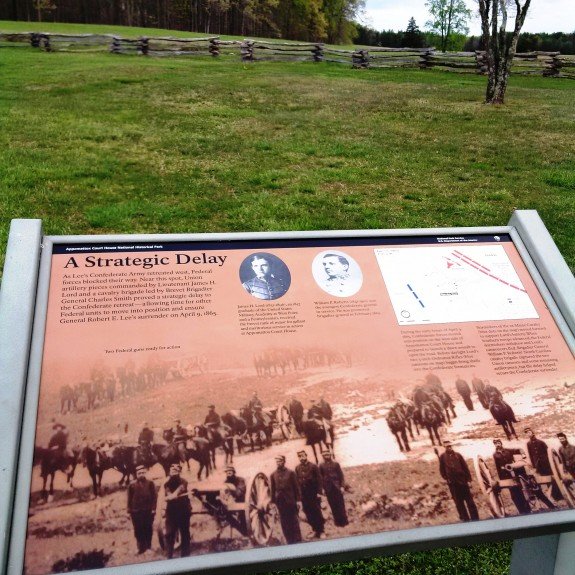 This final group of pictures comes from the northern/eastern part of the Appomattox National Historic Site and battlefield park, within the old April 1865 Confederate lines. 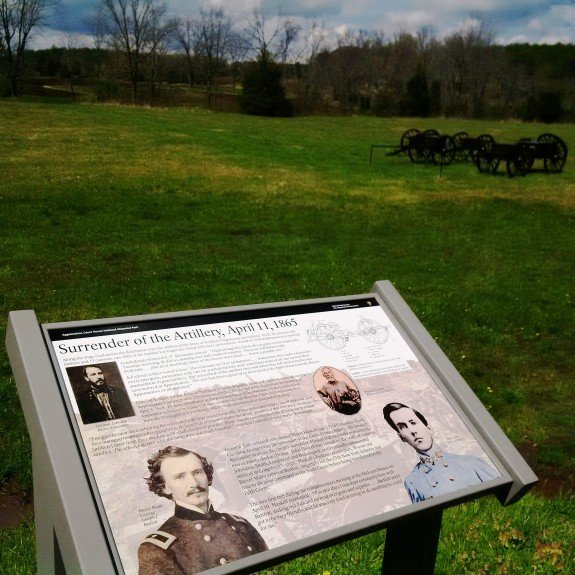 Site of the surrender of what was left of the once powerful artillery of the Army of Northern Virginia. Several of the horses, famished and worn out, died in the field overnight. 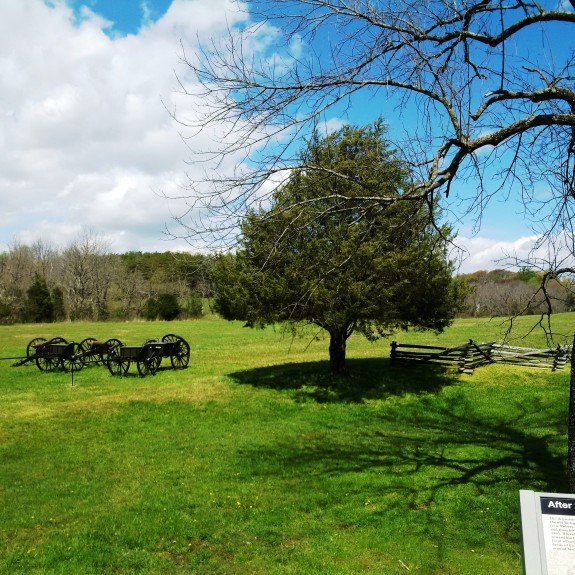 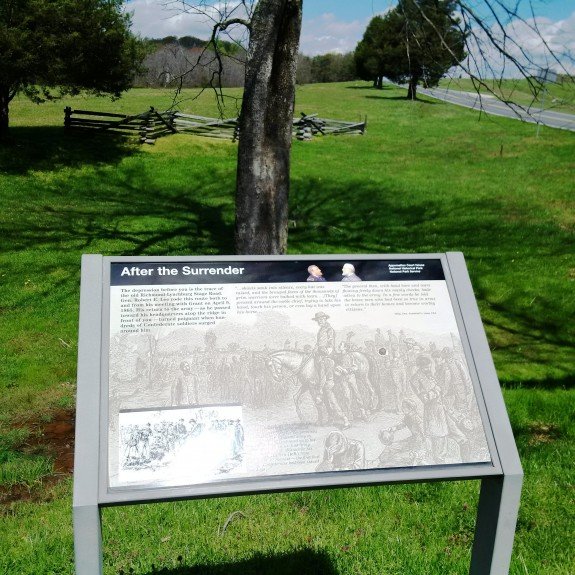 After Lee surrendered his army, he rode back to his headquarters among his adoring veterans. 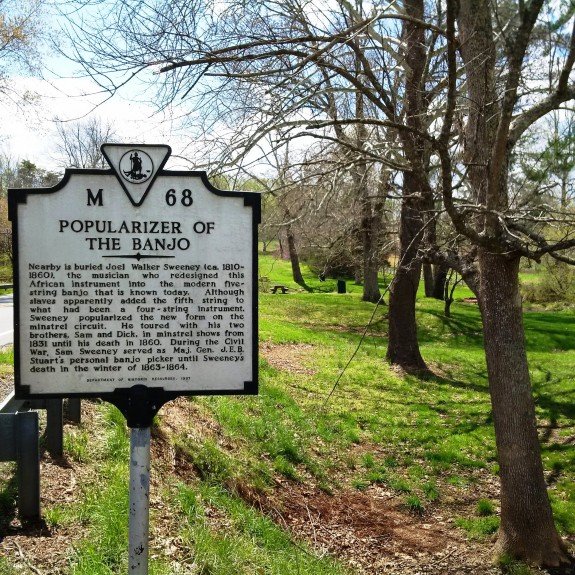 Marker memorializing the nearby homestead of musician Joel Sweeney, a well known and talented banjo player. His brother, Samuel, often accompanied Jeb Stuart on campaign and was a personal favorite. 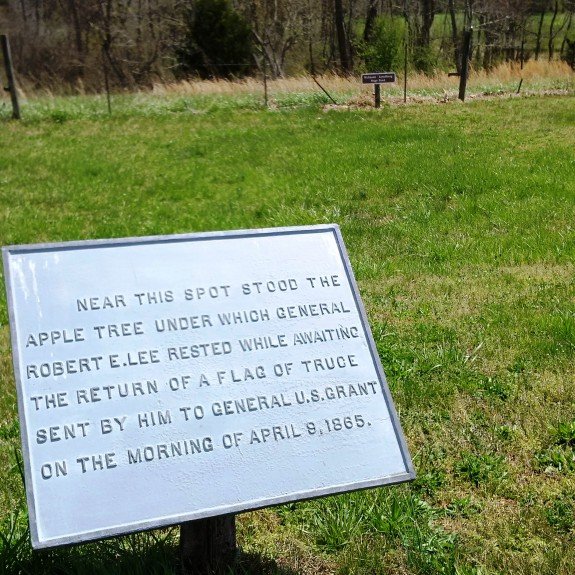 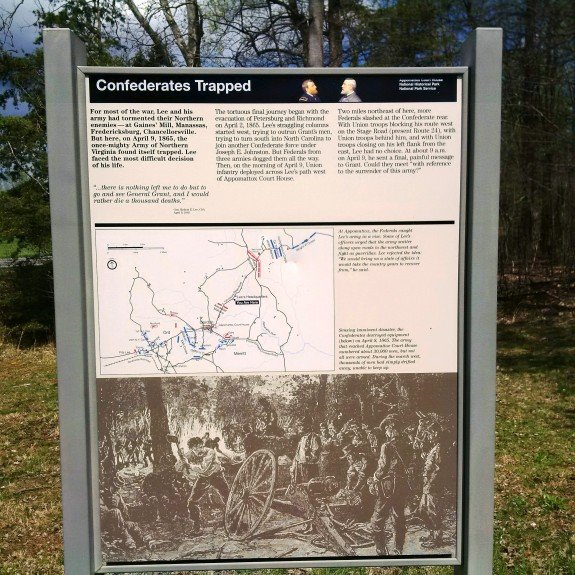 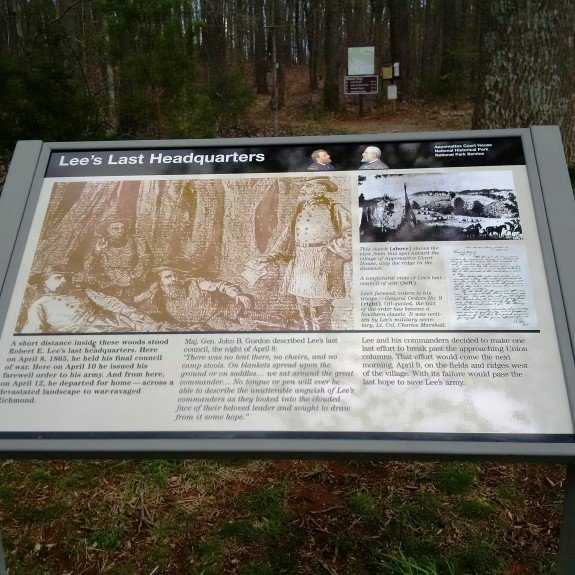 Marker remembering Lee’s last headquarters and council of war. Among his subordinates present for the final meeting was Maj. Gen. John B. Gordon. Less than two years before Appomattox, he had been a brigadier general leading Georgia troops triumphantly through the streets of York, Pennsylvania, the largest Northern town to fall to the Confederates during the entire war. He had watered his horse in the Susquehanna River before turning back after Union militia and civilians burned the bridge across the river, denying him a chance to ride into Lancaster County with his almost 2,000 soldiers. 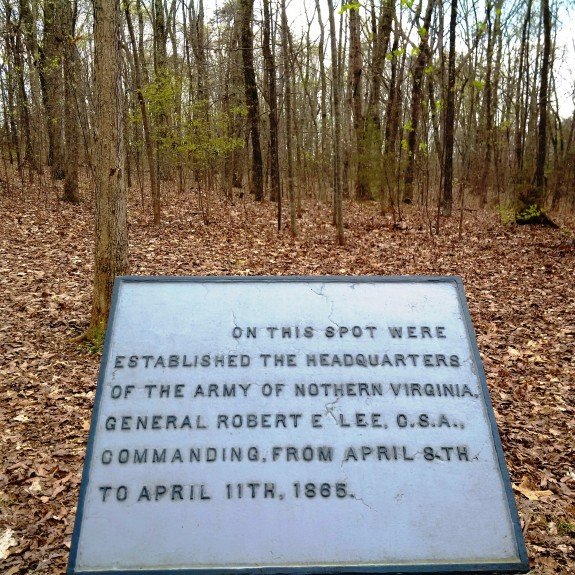