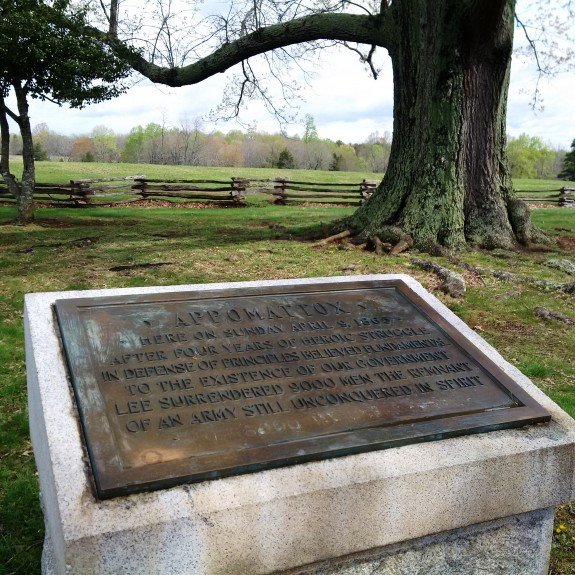 While the main attraction of the Appomattox National Historic Site is the restored village and the McLean house where Robert E. Lee surrendered his Army of Northern Virginia to Ulysses S Grant. However, the boundaries of the park contain much of the battlefield where Lee tried to break out before surrendering, as well as sites associated with the opposing armies’ battle lines and headquarters. 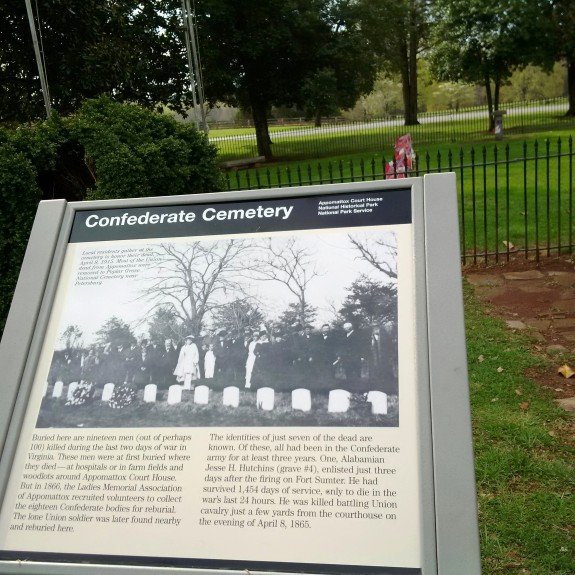 A small cemetery with several Confederate soldiers is just west of the main village. It also contains one Union soldier. 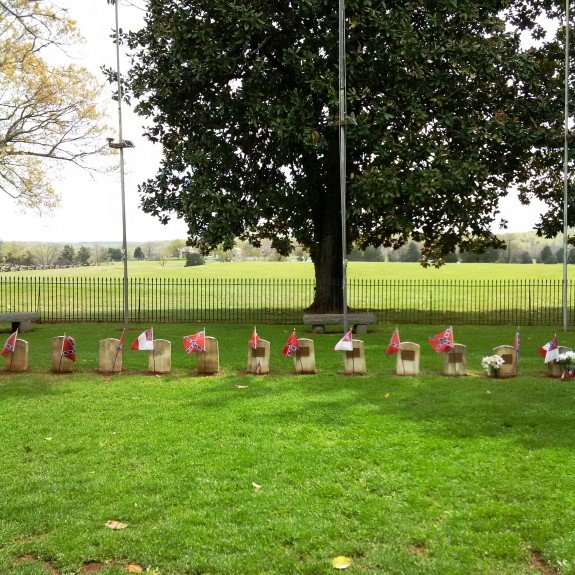 About half of the soldiers are identified by name. 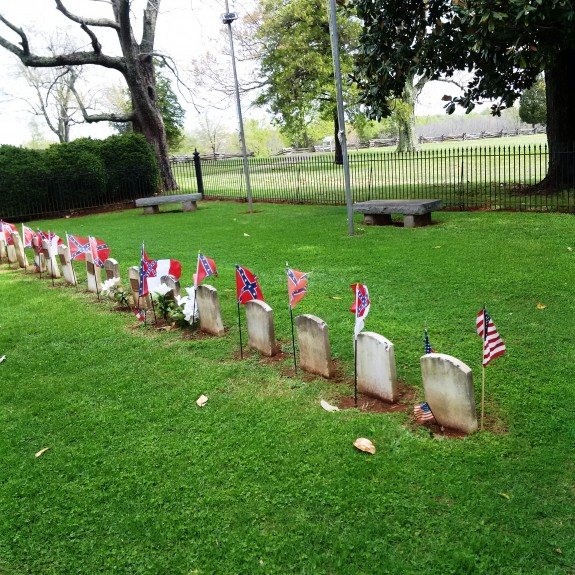 The Yankee is on the end of the row of graves. These are among the last men to die in the fighting between Lee and Grant. 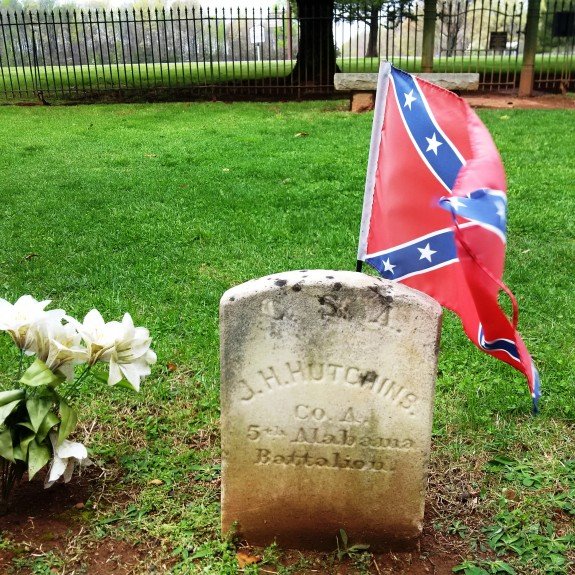 J. H. Hutchings was one of the longest-serving men in the Confederate army at the point when he died at Appomattox. He had enlisted back in April 1861 shortly after the bombardment of Fort Sumter. His journey ended shortly before Lee surrendered. 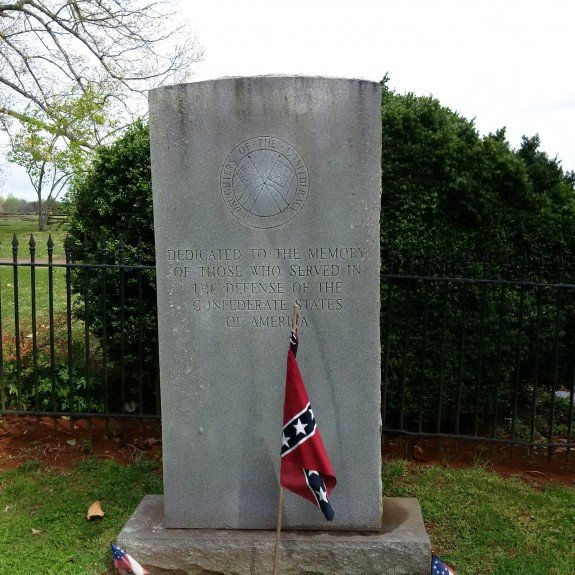 The Daughters of the Confederacy erected this marker and maintained the cemetery. 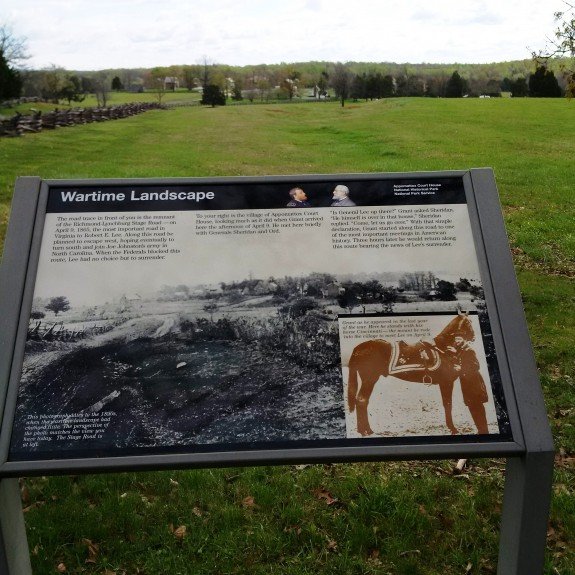 View of the village from near the cemetery grounds.

Stay tuned for the finale of this brief series of posts with Appomattox photographs.