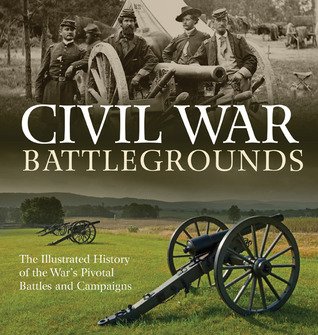 Long-time Pennsylvania writer and historian Richard Sauers is well known for a number of books and magazine articles he has written, including his authoritative two-volume series on Pennsylvania’s Civil War flags, Advance the Colors. He has also worked as an editor for Butternut & Blue Press and as a curator for the Soldiers and Sailors Memorial Hall & Museum in Pittsburgh.

His latest effort is entitled Civil War Battlegrounds: The Illustrated History of the War’s Pivotal Battles and Campaigns (Zenith Press, 2013). Lavishly illustrated with scores of full color and black-and-white photographs and illustrations, this book is a visual treat as well as being solidly researched and written.

The book covers the major battlegrounds of the Civil War in chronological order, from Fort Sumter in April 1861 to Appomattox Court House in April 1865. The photographs are a blend of modern shots of the preserved sections of the battlefields to vintage images which were taken or drawn shortly after the conflict. Scores of sidebars add depth and focus to particular topics (people, places, actions). Of particular interest are the sidebars with Visitor Information and the Did You Know? series which highlights interesting facts about the battles and their participants. 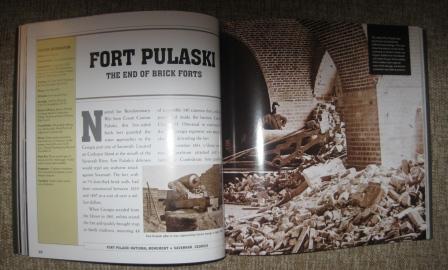 Each chapter introduces the battleground and gives some initial historical context, as well as providing the necessary information for visitors, before giving a sweeping overview of the actual battle and its important phases, leaders, and events. Chapters are usually 5-10 pages in length and include several illustrations. The text flows well and is informative, and Sauers resists the temptation to dive too deeply into any particular area. This leads to a book which is both a solid overview of the historical battle and the modern battlegrounds, as well as being entertaining and educational at the same time. 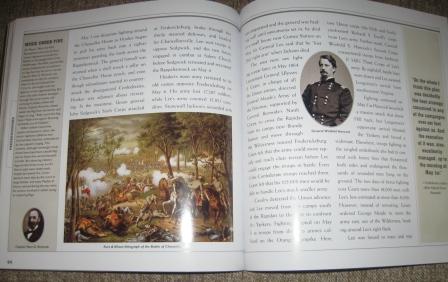 The book is available at many leading brick-and-mortar bookstores, both at national chains and specialty Civil War shops. It is also available on-line at various retailers, including amazon.com and Barnes & Noble.