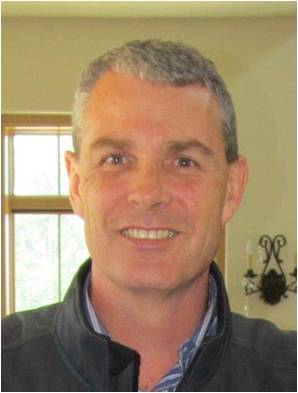 On Friday April 11th, the Harrisburg Civil War Round Table is proud to have John Hennessy speak to us. He is the author of more than 100 articles, reviews, and essays on the Civil War and preservation, most notably Return to Bull Run: The Campaign and Battle of Second Manassas – the topic of this month’s talk.

This talk might be titled, “What John Hennessy Used to Believe about Manassas, but No Longer Does.” It will be a critical look at what about the book has been (or should have been) revised by time – what endures, what doesn’t, and how our views (and the author’s view) of history have evolved in two decades. It’s an author offering up a critical review of his own work.

In late 1992, the Harrisburg CWRT received literally the first boxes of Return to Bull Run ever shipped – even before the author did. The first time he saw the book was when he boarded the bus to lead the round table on a tour of Manassas Battlefield. So, it’s entirely appropriate that all these years later we revisit the book – not to recite its content, but to critically look at where history stands upon 20 years of reflection.

John is a 30-year veteran of the history business – having worked for both the New York State Historic Preservation Office and the National Park Service. He started his career as front-line historian at Manassas National Battlefield and is presently the chief historian at Fredericksburg and Spotsylvania National Military Park, where he has worked since 1995.

The Harrisburg Civil War Round Table meets at the Radisson Penn Harris Hotel & Convention Center, Camp Hill, PA, Camp Hill Bypass @ Routes 11&15. An informal reception starts at 6:00 PM, followed by dinner at 6:45. The cost of dinner is $22.00 and reservations must be made no later than 9 PM Tuesday, April 8th, by calling 717-512-9250 or email EllieKFeld@comcast.net. The program begins at 8:00 PM and is free to the public.

“Abraham Lincoln and the Elections of 1863” is topic of Nov. meeting of Harrisburg CWRT