Registration Now Open for “Gettysburg in History and Memory” 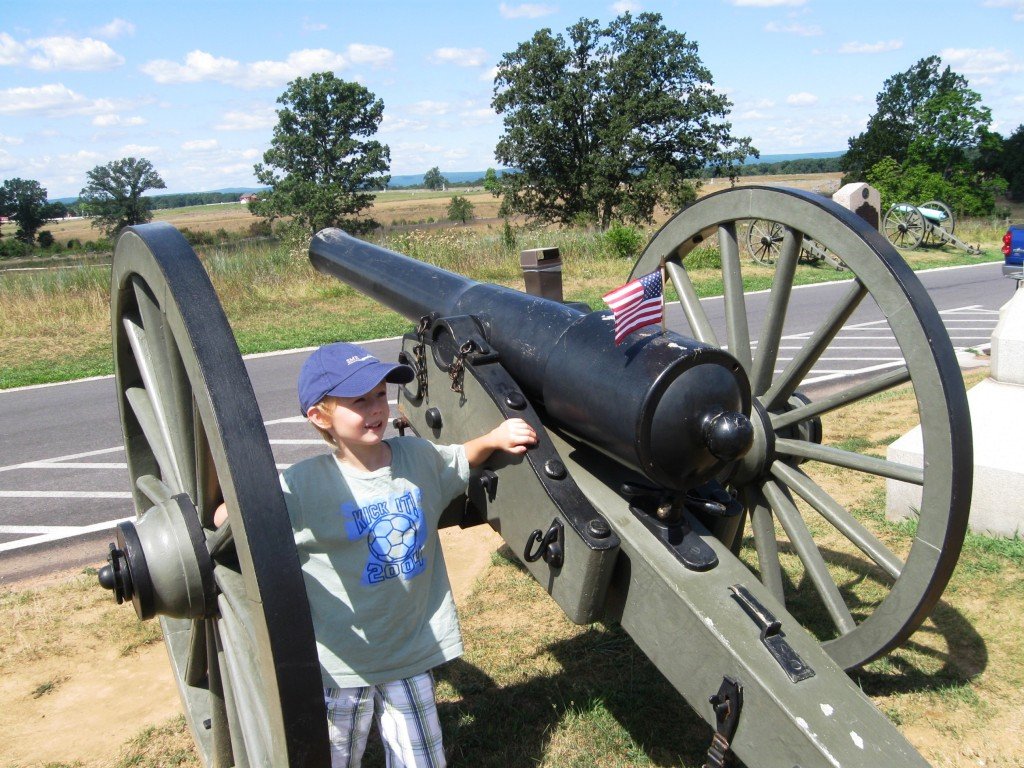 Gettysburg, Pa. — Gettysburg National Military Park and the Gettysburg Foundation are presenting the 2012 Gettysburg Seminar on April 13-15. The theme of the seminar is “Gettysburg in History and Memory.”

Lecture topics include: the changing history of Gettysburg; the memory of James Longstreet; Daniel Sickles and the New York Monument Commission; Hollywood and the Civil War; poetry as remembrance and history; treasures of the museum collection; and much more.

Guided battlefield walks and bus tours will focus on: the Harman Farm (former Country Club lands); memory and symbolism along Cemetery Ridge; the changing history at Gettysburg; the Civilian Conservation Corps and the African American experience; the experience of the wounded from the battlefield to the field hospital; the attack of Early’s Division; and how Meade prevailed in stopping Longstreet on July 2.

An evening event on Saturday includes light fair and refreshments in the Refreshment Saloon of the Museum and Visitor Center, followed by a performance from musician and historian David Kincaid. Kincaid presents a compelling combination of the songs and history of the Irish in the American Civil War. He has performed at a variety of Irish/Celtic festivals, historical sites and folk music venues across the US, and in Europe. His music has been used in several documentary films, and he was a consultant and performer in the major motion picture, “Gods and Generals.”

The registration fee for the Gettysburg Seminar is $90 per person and the seminar is limited to 240 participants. For a complete schedule of lectures, field programs, and presenters and to register go to the park’s website at: http://www.nps.gov/gett/historyculture/2012-seminar.htm.

Information is also available by email to Park Ranger Evangelina Rubalcava at evangelina_rubalcava@nps.gov or by calling (717) 334-1124, ext. 3251.

Dr. Benjamin Y. Dixon.  Dr. Dixon is a Gettysburg native and author of Learning the Battle of Gettysburg: A Guide to the Official Records (Thomas Publications, 2007).  He is presently a professor of geography at the State University of New York at Oneonta, and is nearing completion of a forthcoming book, The Gettysburg Battlefield: Remembering America’s Greatest Battleground from 1863 to Today (to be published by Johns Hopkins University Press).

From the Staff of Gettysburg National Military Park:

Barbara Sanders.  Ms. Sanders has been Gettysburg National Military Park’s Education Specialist since 1999.  She has co-written and produced the park’s award-winning satellite broadcasts that have reached millions of students across the country unable to visit the park.

Karlton Smith.  Mr. Smith has been a Park Ranger Interpreter for Gettysburg NMP since 1990. Before coming here, he worked for Independence NHP in Philadelphia and has conducted historical interpretation with the National Park Service since 1986.

Bertram Barnett.  Mr. Barnett has worked at a variety of NPS battlefield and Civil War sites as a park ranger/interpreter since 1983, coming to Gettysburg NMP in 1993. Bert combines battle study with interests in artillery and in Civil War poetry.  He is presently compiling material for a book on the latter topic, entitled “Rhyme & Reasons: The Meaning and Power behind Civil War Poetry.”

Troy Harman.  Mr. Harman has been a National Park Service Ranger since 1984 and at Gettysburg NMP since 1989.  His assignments have included historical interpretation at Appomattox Court House NHP, Fredericksburg & Spotsylvania NMP, Independence NHP, Valley Forge NMP, and Eisenhower NHS. He also teaches in the Gettysburg campus history department of Harrisburg Area Community College and is a Ph.D. history student at Lehigh University.

D. Scott Hartwig.  Mr. Hartwig is a 30-year veteran of the National Park Service and has served as Gettysburg’s supervisory historian for the past 16 years.

John Heiser.  Mr. Heiser has been employed at GNMP since 1980.  A native of Raleigh, North Carolina, he graduated with a B.A. Degree in History in 1978. His NPS experience began in 1976 as a seasonal interpreter at Fredericksburg and Spotsylvania NMP in Fredericksburg, VA and he came to GNMP as a seasonal park ranger/interpreter in 1980.

Lieutenant Colonel William D. Hewitt.  Col. Hewitt served in the Army for 31 years, including 6 years in intelligence and 25 years in armor and cavalry. LTC Hewitt also served at the US Army’s Command and General Staff College for almost 4 years at the Center for Army Tactics.  Recently he has served as a seasonal Park Ranger at Gettysburg NMP and is publishing a book on the Gettysburg Campaign.

Charles Teague.  Mr. Teague received a B.A. from Gettysburg College, M.A. from Southern Baptist Seminary, and J.D. from Cornell. He is a retired Lt. Colonel from the U.S. Air Force.  He has been a seasonal interpretive Ranger at GNMP since 2003.

Jacob Dinkelaker.  Mr. Dinkelaker is a park ranger at President’s Park and a master’s student in Applied History at George Mason University. Previously, Jacob worked seasonally from 2009 to 2011 as a museum aid and a Park Ranger at Gettysburg National Military Park. He graduated with honors from The College of Wooster (OH) in May of 2011 with a BA in history and archaeology.

Daniel Welch.  Mr. Welch has been a Park Ranger at Gettysburg National Military Park for the past four years.  During that time he has led numerous programs on the campaign and battle for school groups, families, and visitors of all ages.

Jared Frederick.  Mr. Frederick received his BA in History in 2010 from Penn State Altoona and is currently obtaining his MA in History & Public History from West Virginia University. He has been the proprietor of History Matters Publications and Artwork since 2005 and has served as a Park Ranger at  Gettysburg National Military Park since 2009.

Kyle Stetz.  A native of western New York State, Mr. Stetz received a degree in Education and History at the State University of New York at Fredonia.  He received his MA in Public History from the University of North Carolina at Greensboro.  He has worked as a Living Historian and Park Ranger at Gettysburg from 2006-2009 & 2011.