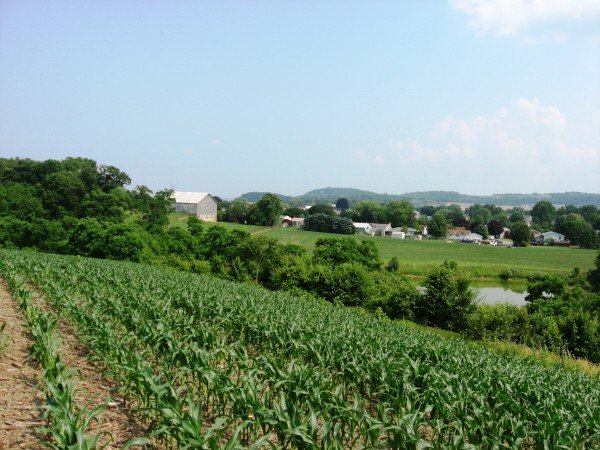 Hellam Heights (foreground) is a long, narrow rise just north and northwest of Wrightsville, Pennsylvania, and between today’s U.S. 30 and Pennsylvania 462 (the Lincoln Highway). Farmland for many generations, the heights provided a convenient way for Confederate Brig. Gen. John B. Gordon to send a long column of infantry eastward toward the Susquehanna River on the evening of Sunday, June 28, 1863, during the Gettysburg Campaign.

Hastily organized Pennsylvania volunteer militia, as well as convalescent patients from the U.S. Army Hospital in nearby York and various other small detachments (including 57 black civilians), manned horseshoe-shaped entrenchments surrounding Wrightsville to protect the important river crossing, a mile-and-a-quarter-long covered bridge. General Gordon sent at least two regiments of Georgians along Hellam Heights, hidden from view of the Pennsylvanians, toward the river in an attempt to encircle the militia position.

Here are more photos from Cannonball reader Gerry Boehm, who on Memorial Day 2012 hiked the ground and took pictures of various vantage points to illustrate what a key position Hellam Heights was for infantry and artillery.

The above map shows the topography of Hellam Heights and its relationship to the militia’s defenses, the Susquehanna Rover, and the covered bridge. 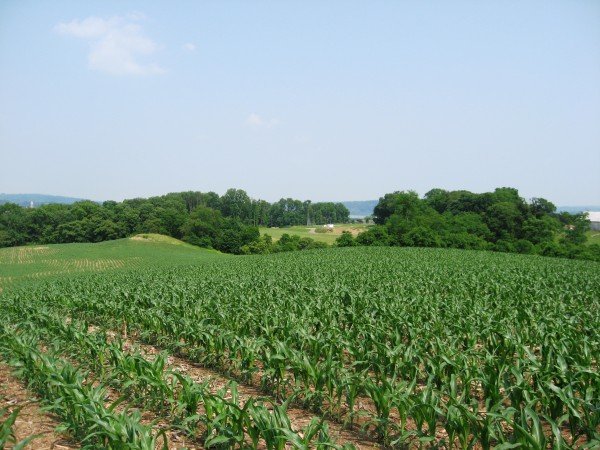 View looking somewhat to the southeast from Hellam Heights. The distant bluish tree line is Lancaster County, across the Susquehanna River from Wrightsville. It is likely that Gordon’s infantrymen marched along the reverse slope (left) to avoid detection from Union militia officers in the entrenchments, which would have been off to the right of this view. 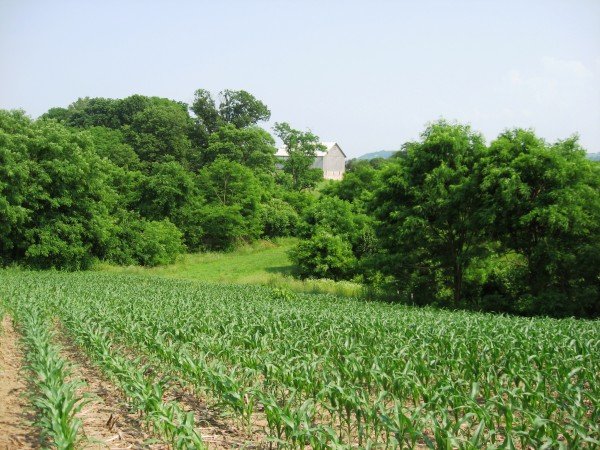 General Gordon, a wealthy pre-war businessman from Georgia, had survived five gunshots at Antietam’s Bloody Lane in September 1862. Less than a year later, he would water his horse in the Susquehanna River after his failed attempt to seize the Columbia Bridge, which was burned by its defenders. During the Gettysburg Campaign, his veteran brigade consisted of the 13th, 26th, 31st, 38th, 60th, and 61st Georgia. It is uncertain which two of these regiments marched along Hellam Heights. Only the location of the 31st can be pinpointed from surviving accounts of the early evening skirmish at Wrightsville. 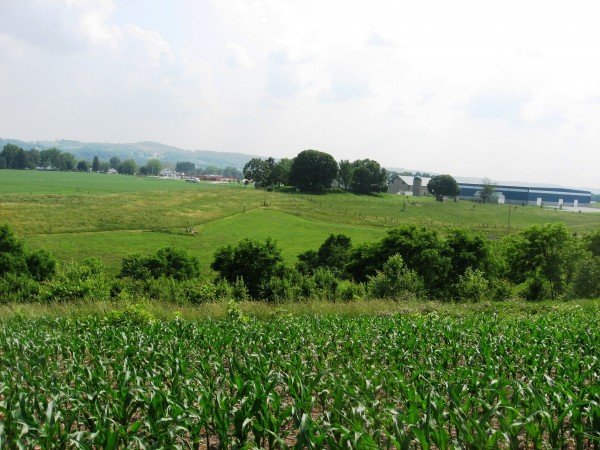 Capt. William A. Tanner commanded Gordon’s sole artillery battery, the composition of which has been disputed. The Virginian Tanner likely had four 3″ Rifles, yet local accounts (and artifacts) at Wrightsville suggest that he may have also had a smoothbore Napoleon. Residents later picked up a couple of solid roundshot cannonballs after the skirmish. Tanner fired a total of 40 shots at the state militia as they retreated through Wrightsville’s streets, with shell fragments striking a church and some homes along Locust Street and wounding several militiamen.

During the latter half of the bombardment, Tanner repositioned a section of two guns on the knoll shown in the upper center of Gerry Boehm’s photograph. In 1863, this land was the Huber farm. In the days prior to the arrival of Gordon’s Rebels, Union soldiers had raided the farm repeatedly for food and milk. 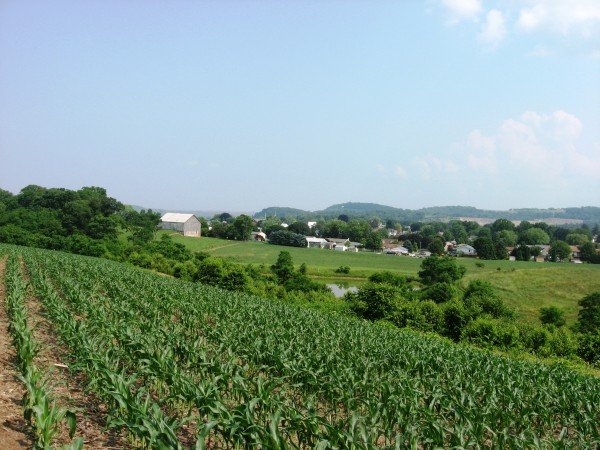 This photo shows Hellam Heights (foreground) and the outskirts of Wrightsville (the residential neighborhood shown in Gerry’s photo would in 1863 have been farmland with the northern-facing entrenchments of the 20th Pennsylvania Volunteer Militia. In the upper right is the Susquehanna River and Lancaster County. General Gordon would lose almost 500 men at the Battle of Gettysburg just a few days after marching away from Wrightsville on the morning of June 29.

Thank you Gerry for providing these photographs!