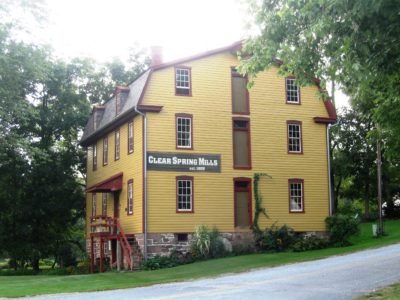 The old Clear Spring Mill in Franklin Township in York County, Pennsylvania, was targeted by passing Confederate troops during the Gettysburg Campaign.

July 1, 1863 was a momentous day for northwestern York County, Pennsylvania. More than 600 horses were stolen by the 5,500-man Confederate cavalry division of Major General J.E.B. Stuart as it passed through the region between Dover and Dillsburg (following parts of today’s route 74 and several parallel routes). Stuart had left one brigade under Brigadier General Wade Hampton III behind at Dillsburg and had taken two other brigades into Cumberland County, where he attacked the Union defenders of Carlisle. Late in the night, he received orders to march to Gettysburg, where the Army of Northern Virginia was engaged with the Union Army of the Potomac in a great battle. Stuart relayed orders back to Hampton, who roused his veteran troopers and had them on the road southwesterly by 1-2 AM.

Their path first took them through Franklin Township in northwestern York County. It would not be a good night and early morning for the residents of the region. Hampton’s weary men, though exhausted by the grueling, sleepless night march that one cavalryman deemed the worst march of the war, had enough energy to canvass the township and steal every good horse that could be found.

They also paused to raid the village of Clear Spring, Pennsylvania, as they plodded toward Gettysburg, where the old mill was among the businesses and farms raided. 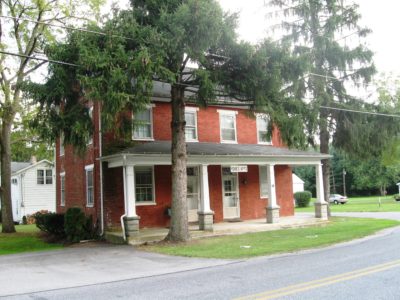 In 1863, this brick house in downtown Clear Spring was owned by Edward Dick. He was the postmaster, as well as a leading landowner and businessman. He owned a sprawling 230-acre farm, as well as 100-acres of mountainside timberland that provided raw material for his sawmill. His father George Dick had owned the store and a nearby grist mill, as well as a large farm along what was then the Harrisburg Pike (now Capitol Hill Road; it parallels modern U.S. Route 15). 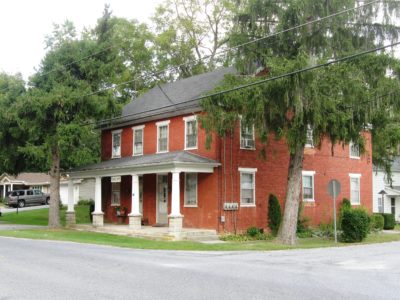 Edward Dick filed a state border claim asking for compensation for lost merchandise and dry goods taken by Hampton’s cavaliers early on the morning of July 2. They broke into his locked store and ransacked it. They took all his inventory of shoes and boots, and piled up their old worn out footwear on his porch. 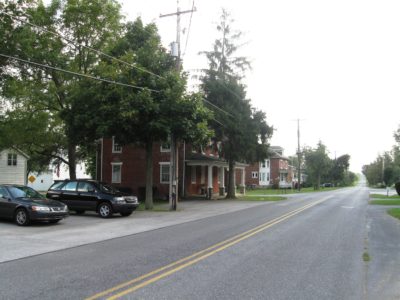 In the 19th century, Clear Spring was a bustle of activity. A popular stopping place along the Harrisburg Pike, hundreds of people a day visited the town. Dick’s store was a frequent gathering place, as was his nearby grist mill, which served as a regional center for the farmers of central Franklin Township. Today, the village is largely forgotten, having long since been bypassed by modern Route 15. However, several of the houses, as well as the store and mill, were there when Wade Hampton, among the wealthiest slave owners in the South, came calling. 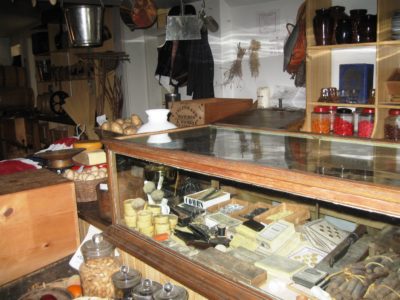 This image is from a recent visit I made to Harper’s Ferry, but it is illustrative of what Edward Dick’s general store may have looked like when Wade Hampton’s cavalrymen broke in and began helping themselves to his inventory of dry goods and general merchandise.

Unlike many other York County merchants who filed extensive lists of the exact good taken by the Rebels, Edward Dick only listed generically that he lost merchandise and dry goods. 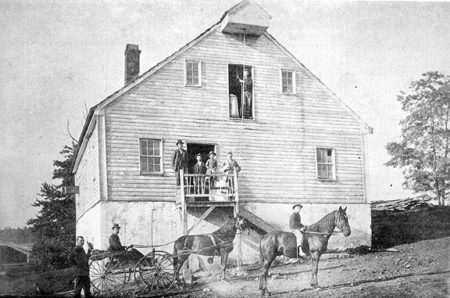 The York Daily Record newspaper ran an interesting article some time ago about the restoration of the venerable Clear Spring Mills, which is now occasionally open to the public. Photo courtesy of the YDR, which graciously sponsors and hosts this Cannonball blog as a public service to the community.

The raiders also stopped at Edward Dick’s grist mill, loading a wagon with bushels of ground corn for their horses. They also took all the consignment grain that was stored in the mill awaiting the grindstone, according to records in the State Archives in Harrisburg. The mill was only two stories in 1863, the third having been added in the 1880s. At its peak, the grist mill housed 3 sets of mill stones, used for grinding flour, meal and animal feed for local farmers. In addition, the adjacent sawmill had one set of stones used for grinding limestone, hauled down by wagon from kilns on South Mountain. The mill closed in 1947. To see other photos of it, visit millpictures.com.

As the Rebels proceeded southward through Franklin Township, they raided more horses, including taking a six-year-old bay from George Dick. He filed a claim for $140 for his loss. 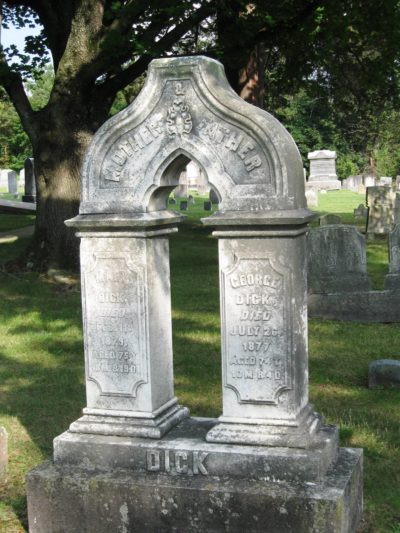 Grave of George and Mary Dick in St. John’s (Franklin) Lutheran Church near Clear Spring. On Sunday, October 4, author and tour guide Scott L. Mingus, Sr. will be presenting a PowerPoint presentation at the church during the 200th anniversary of the founding of Franklin Township. The bicentennial celebration includes a tour of the historic church following the talk on “Franklin Township and the Civil War.” The church is southwest of Dillsburg just off of U.S. 15 on Clearview Road.

Businessman George Dick lived a long and productive life and remained a pillar of the Franklin Township community long after the Rebels passed through the town of Clear Spring.

Here is his biography (and that of his son Edward) from John Gibson’s History of York County.
EDWARD DICK was born in 1829 in York County, and is the son of George and Mary (Nagle) Dick, of Adams County, Penn., who settled on the property now owned by the son in 1831. The father was engaged in farming and the mercantile business, and during the time the jail was building at York he was commissioner for York County, after which he retired from active business in 1851. He was a progressive farmer and merchant, and a director of the Dillsburgh Bank. He owned about 180 acres of well improved land. In all public affairs he took a lively interest until his death in 1876. His wife survived him only two years. They were members of the Lutheran Church and had seven children: Catherine, Edward, Christian, all living; Lydia Ann (deceased), Elizabeth (deceased), Mary Jane (deceased) and Sarah E.

Edward Dick has always been identified with the old homestead. He, like his father, is one of the most progressive business men of the township. He owns 230 acres of improved land, and about 100 acres of mountain land. Besides farming he is engaged in the mercantile business, owns a grist and saw-mill, and since 1853 has been postmaster at Clear Spring. He has been school director for nine years. January 22, 1857, he married Elizabeth A. Myers, of Adams County, who, like himself, is a member of the Lutheran Church. They have four children: John H., George W., Charles E., James A. (deceased) and Lottie M., some of whom are already assisting their father on the farm, in business and in the mill.

For more, please see my book on Stuart’s Raid!