This old barn sits along Bull Road a few miles north of York, Pennsylvania. During the Civil War it was owned by David and Anna Mary (Quickel) Meisenhelter, who rued a visit on June 28, 1863, by Confederate soldiers of the 17th Virginia Cavalry.
The farm’s present owner has heard stories of Confederates having been on the Meisenhelter family’s farms prior to the Gettysburg Campaign (members of the family owned several tracts and farms between Bull Road and Carlisle Road).
One old tale tells of a detachment of Confederates who bivouacked on the old Meisenhelter farm at the end of Angus Lane off Fox Run. Apparently the Meisenhelters had a bell in a tree outside their home and the “Johnny Rebs” took pot shots at the bell. 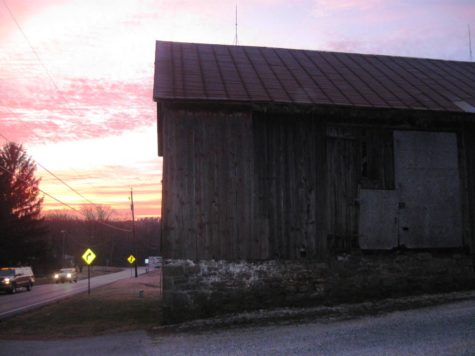 According to author Jim McClure’s book East of Gettysburg, Rebels on their way to destroy the railroad bridges over Conewago Creek dismounted at the 43-year-old David Meisenhelter’s farm and ate a meal prepared by Anna. One soldier attempted to steal a horse. He and the steed tried to jump a fence, but the horse balked. The Rebel fled on foot, and the horse on its own returned to the stable (likely located in this barn). 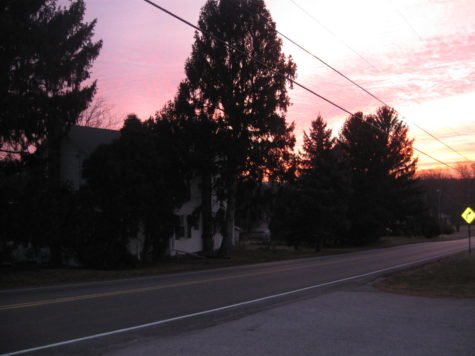 However, David Meisenhelter (1820-1886) after the Civil War filed a damage claim with the Commonwealth of Pennsylvania asking for $140 in compensation for a bay-colored horse that the Rebels took away from his property. They left an old broken down roan mare which Meisenhelter later managed to sell for $25, small recompense for his loss just as the 1863 summer harvest approached.
The York Democratic Daily Age ran this farm auction notice on Tuesday afternoon, March 17, 1885.
MEISENHELTER. Wednesday, March 18, at David Meisenhelter’s, in Dover township,
near the Bull road, and about two miles east of Dover borough and about 5 miles
from York. J.B. Moul, auctioneer.
Within a year, David Meisenhelter was dead at the age of 65.
For stories from the rest of the Meisenhelter clan and photos of two more farms along Bull Road owned by this extensive Dover-area family, please click on this past Cannonball blog entry.

More than one hundred other similar stories from York County, including dozens from the Gettysburg Campaign, have been collected in a new manuscript from York Daily Record bloggers Scott Mingus and Jim McClure, Civil War Voices from York County, Pennsylvania: Remembering the Rebellion and the Gettysburg Campaign. It comes out in April 2011 from Colecraft Books. Foreword by Dr. Mark A. Snell of the George Tyler Moore Center for the Study of the Civil War at Shepherd University.