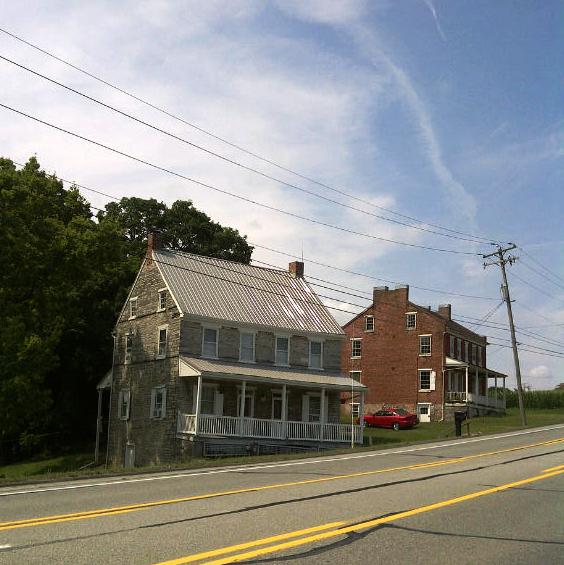 The old stone house shown above sits on the south side of State Route 462 just east of Hellam, Pennsylvania, in eastern York County. Hundreds of cars drive past it every day.

Back on June 28, 1863, more than a thousand armed soldiers from Georgia passed by this house. They were the infantrymen of Brig. Gen. John B. Gordon, a pre-war businessman with interests in northern Georgia and southern Tennessee. The Rebels were en route to Wrightsville to seize the long covered bridge there.

Jacob Ruby owned the farm back then. His post-war damage claim mentions that the Rebels took a horse from his barn. Several other members of the Ruby clan also later reported losing horses or other personal property.

This Shearer & Lake map of York County dates from 1860. Courtesy of the Pennsylvania State Archives. The J. Rudy farm is outlined in yellow. Wrightsville and the Susquehanna River would be out of the photo to the right. 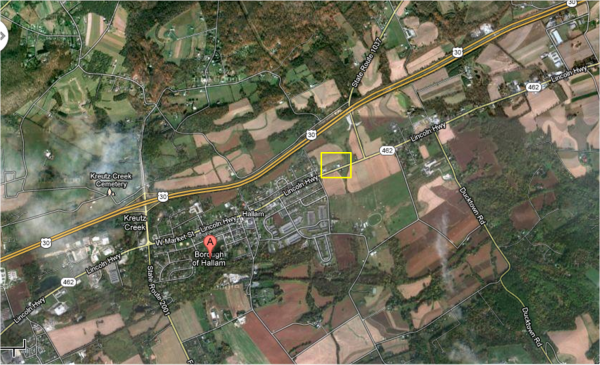 A modern view from Google Maps. Many of the old roads from the 1860 map remain in place.

Jacob Rudy mentioned the loss of an 8-year-old horse which he valued at $300.