Rebels admired the beauty of York, Pennsylvania, during the Gettysburg Campaign

Confederate soldiers under Maj. Gen. Jubal Early occupied York, Pennsylvania, from June 28-30, 1863, in the days preceding the Battle of Gettysburg. A handful left written accounts of their brief two-night stay in York, and some of these Southerners remarked about the beauty of York and its impressive buildings in downtown. 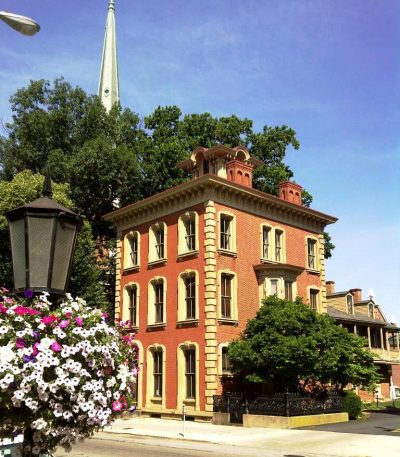 Among the buildings that must have impressed the Rebels was the Charles Billmeyer house (shown above) on E. Market Street. It was newly constructed and completed by the time Early’s force occupied York and was on the main street. Hundreds of Georgia soldiers marched past the house on their way to Wrightsville, and then for two days North Carolina soldiers strolled about York’s streets. (for more on the house, click here).

This specific home, in such a prominent location adjacent to the Presbyterian Church (also relatively new at the time), surely attracted Confederate admiration. 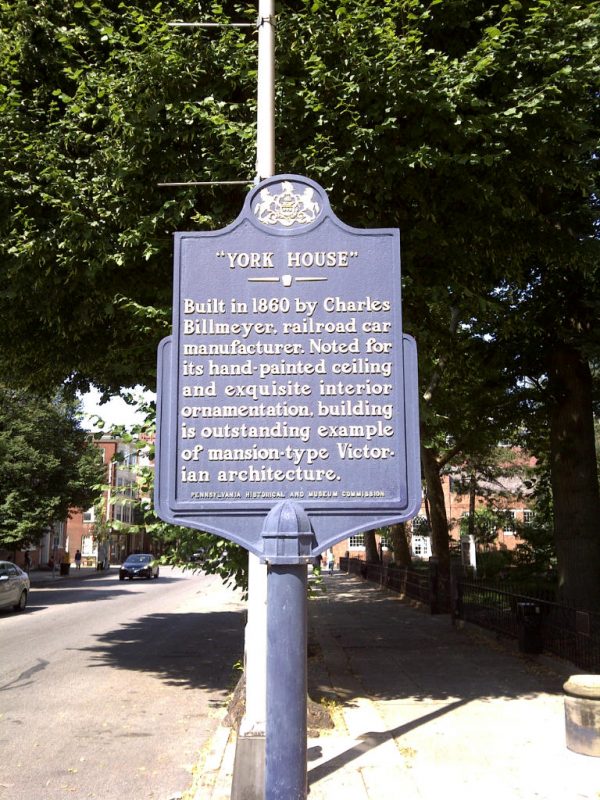 Billmeyer (c1824-1876) and a partner David Small owned a prosperous railcar manufacturing firm. He used some of his earnings to commission the Italianate mansion at 225 E. Market Street. He commissioned two Italian artists, Filippo Costagini and Lorenza Scataglia, to paint custom frescoes inside the home. The pair were world renown painters and had worked on the frieze in the Rotunda of the U.S. Capitol building in Washington, D.C. Billmeyer’s home was one of many well constructed and large private homes along the Confederate’s route. In addition, downtown York boasted several large and impressive stores on the Center Square, including free black businessman William C. Goodridge’s multi-story Emporium on the southwest corner and the six-story John Hartman building across the street.

York’s Center Square is shown in this post-war photograph. Confederate Col. Clement Evans of the 31st Georgia wrote in his diary that he was “impressed by York’s beauty” as he passed through town en route to Wrightsville.

The Hartman building dominates this view of Center Square. Lt. J. Warren Jackson of the Louisiana Tigers later wrote that York had “some magnificent buildings in it, the streets are very regular & well paved. The people are mostly Dutch and were very friendly. Confederate money was taken at par and I shall ever remember York with pleasure. . . . Had lots of fun, saw some pretty girls and amused ourselves extensively until 10:00 p.m.”

It appears that Lieutenant Jackson found the young women of York as attractive as the masonry.