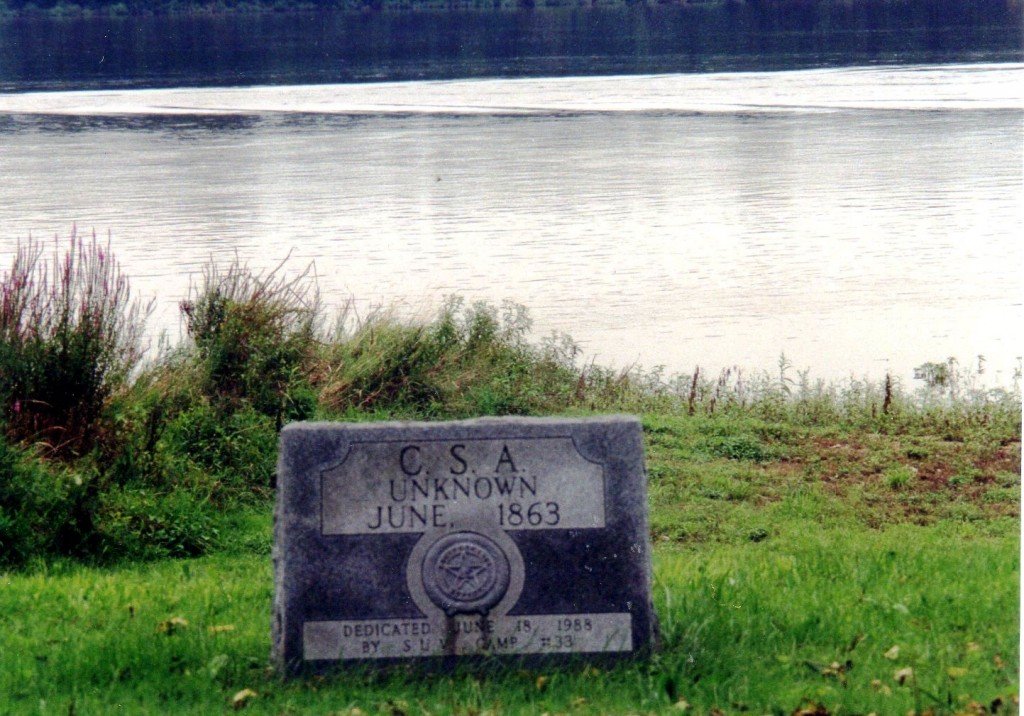 This gravestone marks the burial site of a Confederate cavalryman whose body washed up along the western riverbank of the Susquehanna River in June 1863. Contemporary newspaper accounts indicate that a Rebel scout drowned while trying to ford the rain-swollen river near York Haven. His body washed downstream and was found by locals and buried here. Hurricane Agnes in 1972 supposedly washed away the bones.

Photo 2009 by Dr. Thomas Mingus, looking east at the Susquehanna River with Lancaster County in the background.

In late September 2011, rushing floodwaters severely damaged this site. The memorial stone is gone (hopefully salvaged by a local landowner who maintains this area).

Here’s what the site now looks like as of October 8, 2011, courtesy of Tropical Storm Lee and Hurricane Irene. 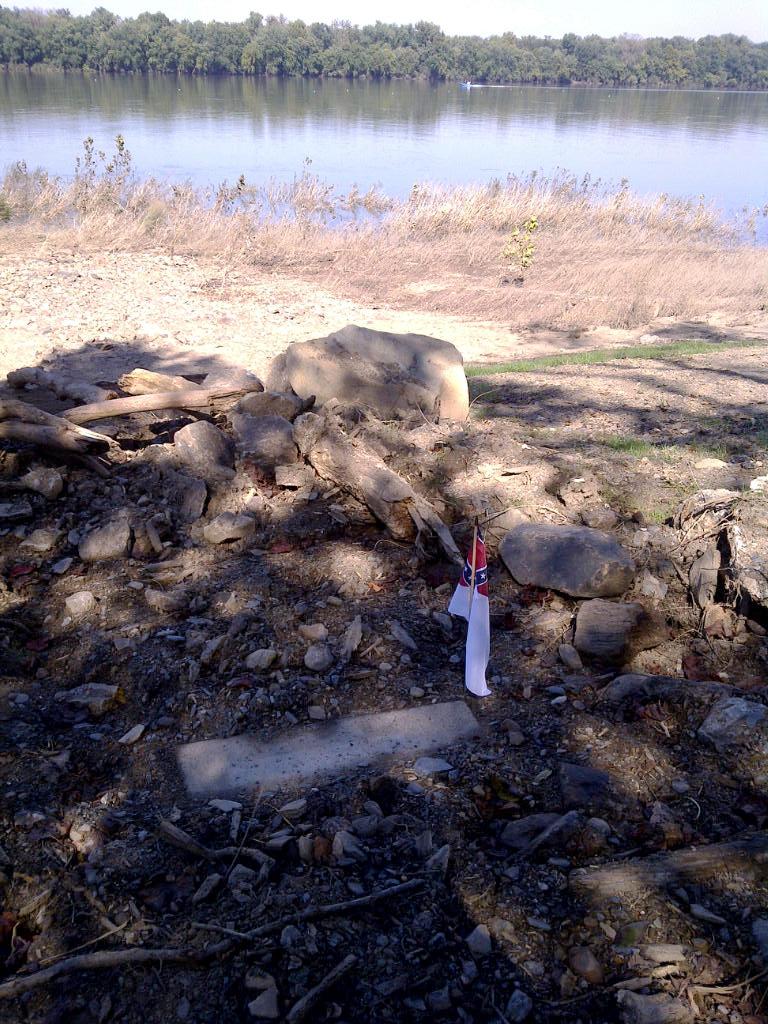 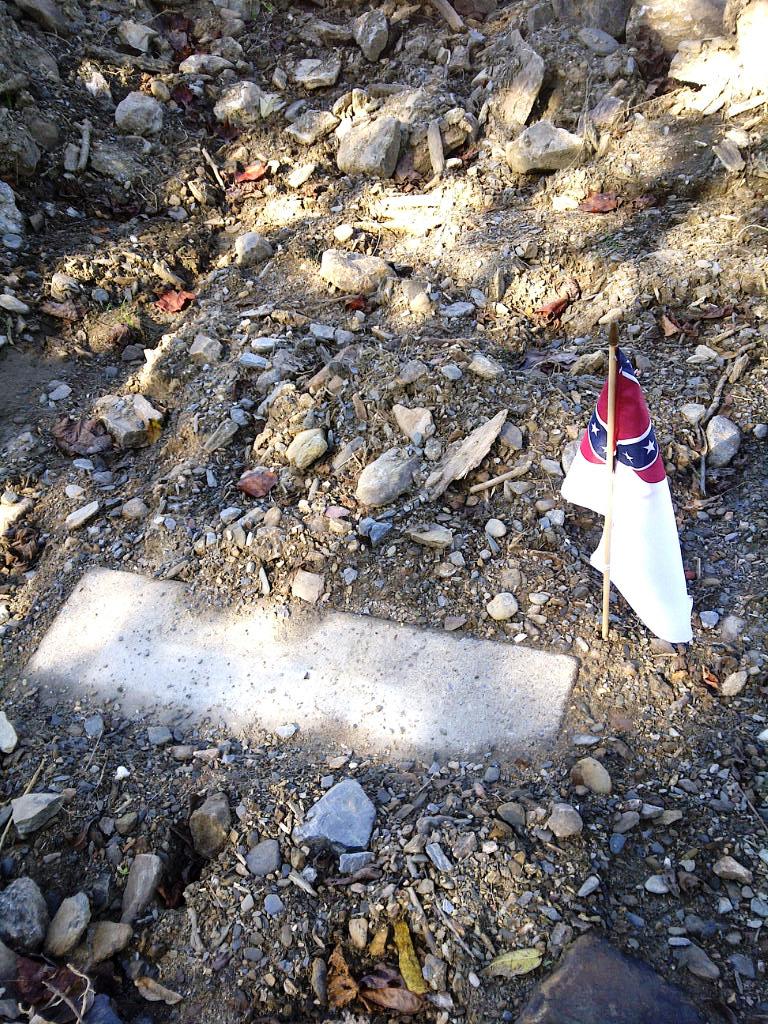 The rocks are from the water rushing into the Susquehanna from a nearby stream, which overflowed its banks and sent a torrent of water straight at the old Civil War Confederate grave site. The headstone took several direct hits.

The caretaker has cleared away some of the rocks and placed a CSA flag by the base of the memorial marker. Kudos to him!

The site is 1.2 miles north of the Accomac Inn in Hellam Township, York County, Pennsylvania (north of Wrightsville and U.S. Route 30).