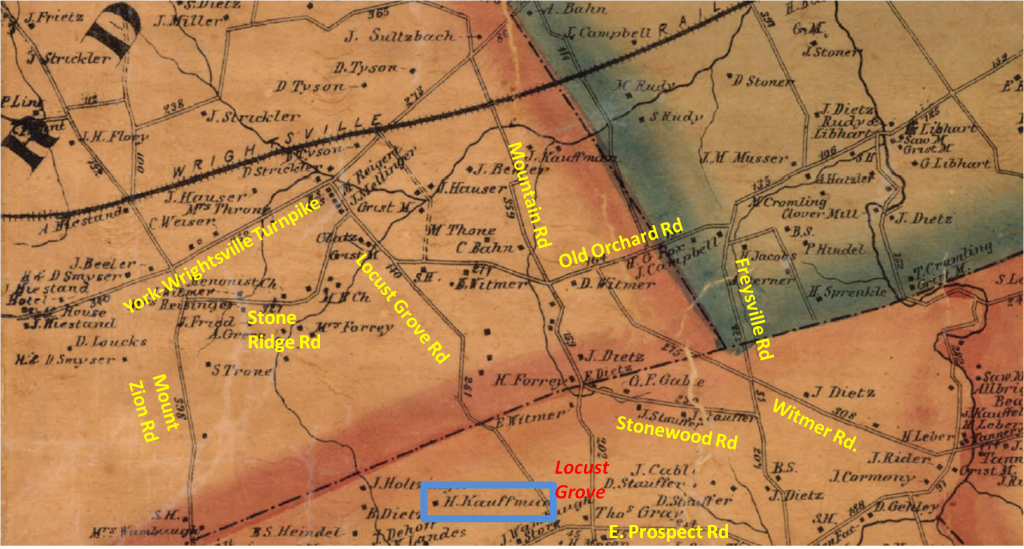 On June 29, 1863, a Confederate raiding party scoured the countryside between the York-Wrightsville Turnpike (later known as the Lincoln Highway and today’s Route 462) and E. Prospect Road (today’s Route 124). They seized all the remaining horses in the region, as well as supplies of value to the military, plus food and forage. This detachment is one of the few where we can identify its actual commander, who is named in a damage claim filed after the war. Apparently the officer signed a receipt or otherwise made his name known to claimant Daniel Strickler of Spring Garden Township.

The raiding party appears to have been from Company H of the 17th Virginia Cavalry, led by Lt. Thomas B. Board. He is one of the very few line officers named in the more than 800 damage claims filed after the war by victims in York County.

On Saturday, June 27, rumors spread throughout central York County of the approach of a powerful force of Confederate soldiers, a part of Maj. Gen. Jubal A. Early’s division. That same day, Lt. Col. Elijah V. White and his 35th Battalion, Virginia Cavalry raided Hanover Junction. Wanting to save his 5-year-old sorrel from possible confiscation, Daniel Strickler took his horse to his in-law Henry Kauffman‘s sprawling 120-acre farm near Locust Grove in Windsor Township. He hid the sorrel in a thicket, assuming it to be out of sight and therefore a secure hiding place.

Two days later, on Monday the 29th, Lieutenant Board and his mounted infantrymen of the 17th Virginia Cavalry rode onto the premises and somehow managed to discover Stricker’s horse. One of Henry Kauffman’s neighbors, Jacob Dehoff, saw the sorrel being led away by Rebels past his E. Prospect Road house (which is shown off the lower-left corner of the blue box in the above map).

So what do we know about Lt. Thomas B. Board, the Virginia officer who took Dan Strickler’s horse, which was valued at $100?

Thomas B. Board was born about 1842  in what is now Roane County, West Virginia (at the time still part of Virginia). His parents were Alexander S. “Sandy” and Nancy (Hardman) Board. He was married on January 16, 1860, to a neighbor girl, 19-year-old Catherine Ann Knopp.

At the age of 19, Tom Board enlisted in a company of partisan rangers which became Company H of the 17th Virginia Cavalry. Two years later, the 21-year-old second lieutenant rode through central York County, Pennsylvania, at the head of a Rebel raiding party.

Board would be wounded at the Battle of Gettysburg just a few days after raiding the Kauffman farm and appropriating Dan Strickler’s horse. He recovered and returned to service, but his health was never the same again.

After the war, Tom Board returned to West Virginia and became a physician. However, he would never live to see the age of 30. Board died on April 14, 1870, in Jackson County. He is buried in the Board family cemetery near Reedy, West Virginia. His widow Catherine later married a local man named James Wiblin. 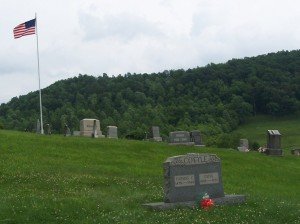 The Board Cemetery near Reedy, WV. Photo from Find-a-Grave.