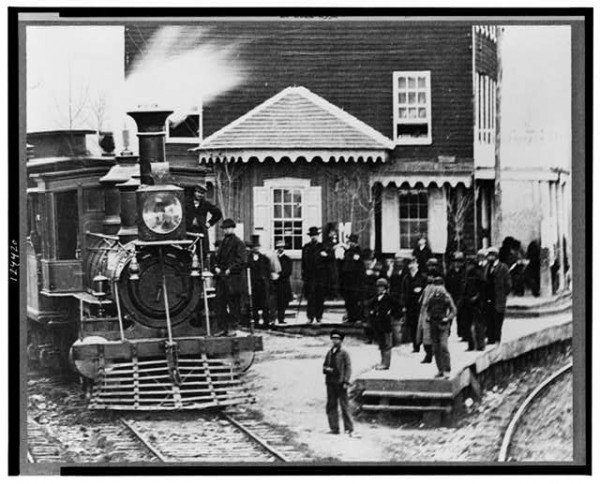 In mid-November 1863, a reporter for the Philadelphia Public Ledger took the train to Gettysburg to attend the dedication of the new National Cemetery, an event marked by a speech by famed orator Edward Everett and a few remarks by President Abraham Lincoln.
He was not impressed by the Gettysburg Railroad, or the Hanover Branch Railroad and their preparation (or lack thereof) for the throngs of out-of-town visitors who flocked on the trains to Gettysburg.
“While the hospitality of the citizens of Gettysburg was most generous and noble, the railroad accommodations from Hanover Junction to Gettysburg appeared quite unworthy of the occasion. No doubt, the unusual crowds, for days together, may apologize for much of this, but either some committee of arrangements, or the Railroad Company, or the State authorities should have better protected the citizens.”
Alarmingly, the reporter noted that a crime wave suddenly hit Hanover Junction, Pennsylvania, where the railroad from Gettysburg intersected the Northern Central Railway to Baltimore and Harrisburg.
“The most systematic robbery of purses by pickpockets we ever heard of was greatly increased by the apparent absence of police at Hanover Junction, and the want of all time and system in running the cars. The thousands of dollars stolen from the pockets of ladies and of gentlemen in the boldest manner, without any apparent attempts to check the evil or guard against it, needs explanation.
In everything beside, the arrangements were excellent, and we allude to this because as it is certain there will be pilgrimages made through coming years to Gettysburg, so we hope that at Hanover Junction and on the railroad, accommodations will be provided system and more exact order and time tables introduced and police sufficient to protect the unwary traveller.”