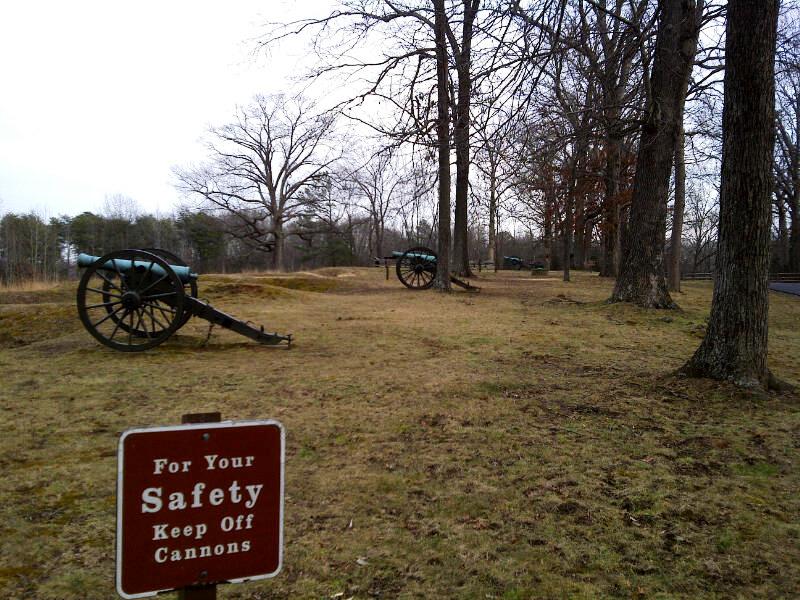 In the fall of 1862, 150 years ago, Confederate Lt. Gen. Stonewall Jackson anchored the right of his defensive line at Fredericksburg on Prospect Hill and planted several batteries there. The 65-foot-high position dominated the plain leading down to the Rappahannock River, and provided a good artillery position, backed by a defense in depth with infantry divisions stacked in formation behind each other for almost a mile. Today much of the view toward the river is shrouded by a post-war growth of trees, but evidence of the old swampy plain remains.

The Fredericksburg and Spotsylvania National Military Park comprises elements of several Civil War battles fought in 1862, 1863, and 1864, at times on the exact same ground. Among the battlefields and historic sites included in the park boundaries to different degrees are Fredericksburg, Chancellorsville, Second Fredericksburg, Salem Church, the Wilderness, and Spotsylvania Court House, as well as the Stonewall Jackson Shrine / death house and the impressive Ellwood and Chatham estates. Some 15,000 men died on or around these grounds, with 85,000 wounded, according to the National Park Service. 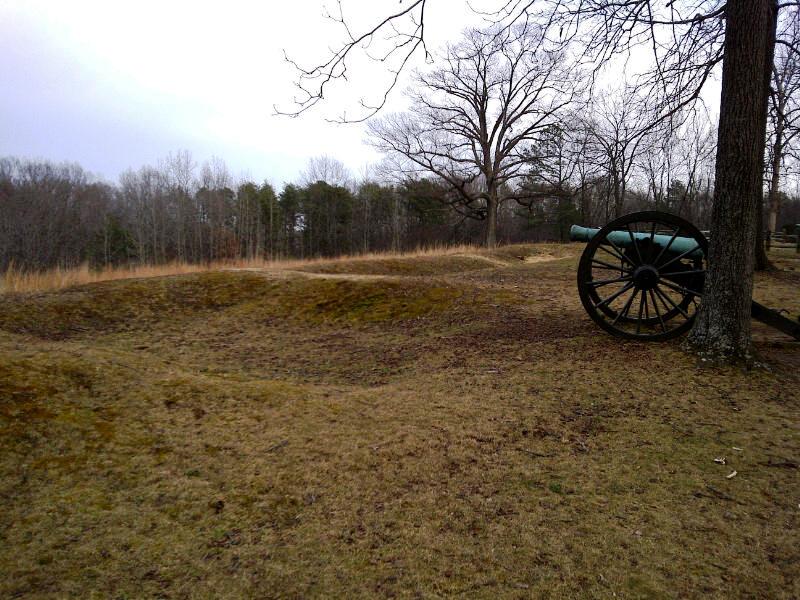 The old artillery lunettes from the December 1862 Battle of Fredericksburg are still quite discernible despite the passage of time. Confederate artillery from the military crest of Prospect Hill rained destruction upon advancing Federal troops which were seeking to find a weak spot in Stonewall Jackson’s line (part of an overall 8-mile-long defensive works that stretched north of Fredericksburg). 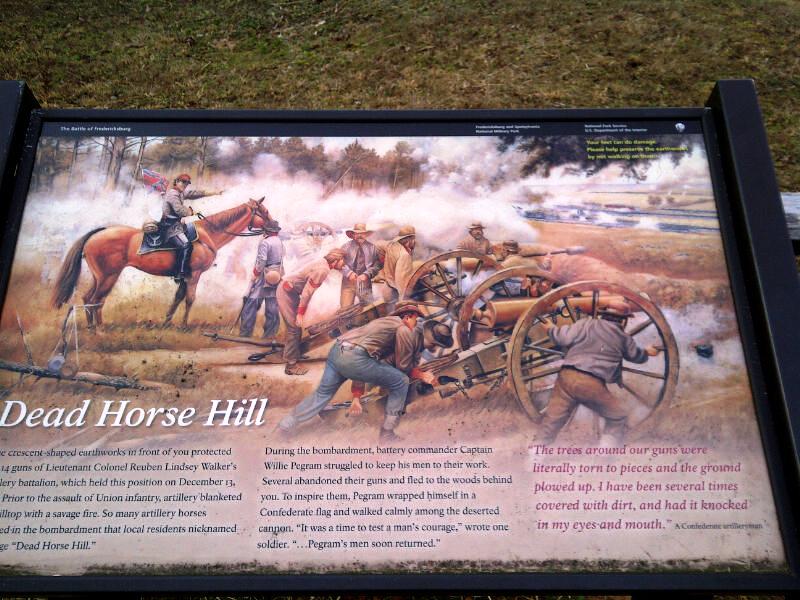 Fourteen guns once crowned this hill, and such a major concentration of Confederate firepower attracted the attention of Union gunners. The wayside marker shown above outlines the action. “It was a time to test a man’s courage,” wrote one survivor. Now is the time to test a man’s commitment — why not donate time or energy or money to helping preserve a historical site near your home? 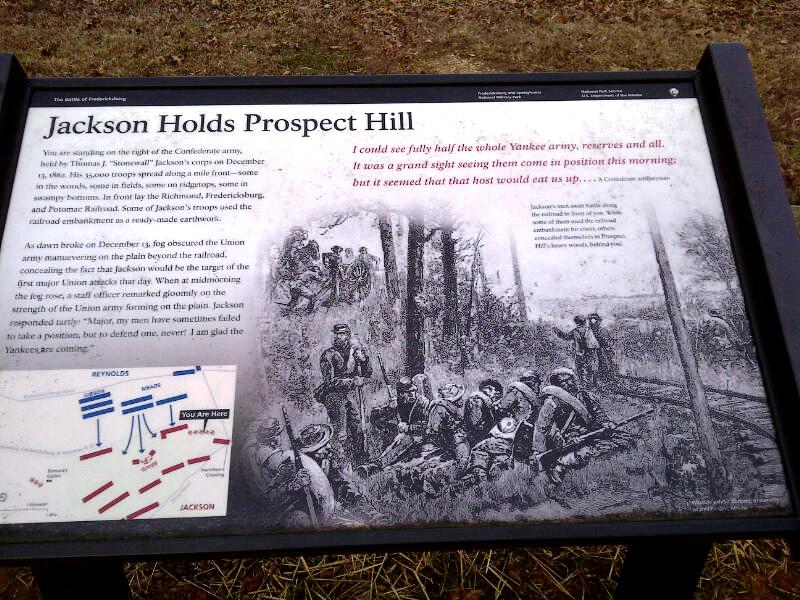 Stonewall Jackson’s men indeed held Prospect Hill, although just to the north, Yankees did manage a minor breakthrough until Rebel reserves drove them back (which I will cover in the next installment in this photo series on Fredericksburg). The overall Union commander in this sector was Maj. Gen. William B. Franklin, of York, Pennsylvania. He ordered a 4,500-man division under Maj. Gen. George G. Meade to attempt to carry the position. 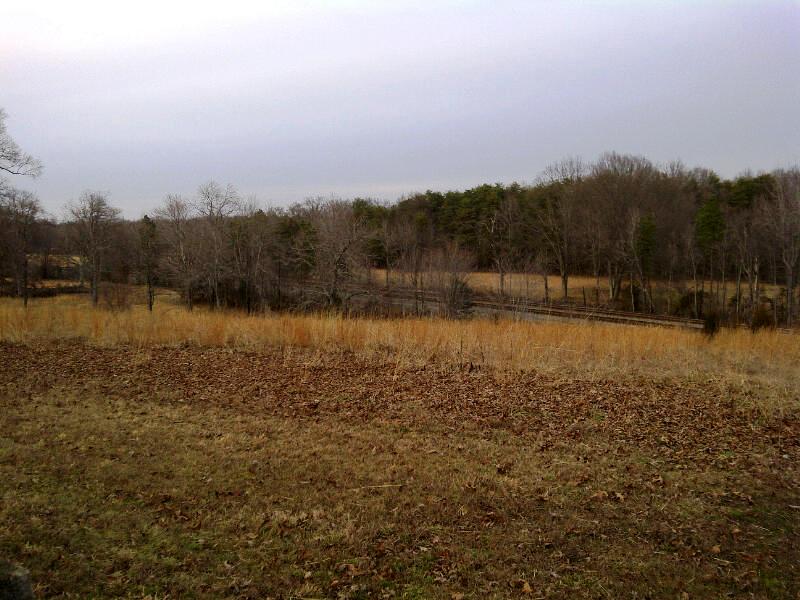 The view from the hill east towards the river is relatively open for several hundred yards across the railroad tracks, which were in place during the battle.  The Yankees, all from Pennsylvania, advanced toward the camera position during the Battle of Fredericksburg. Their commander, Maj. Gen. George G. Meade, was a Spanish-born Philadelphian with a reputation for hard-fighting and a quick temper. Some likened him to an “old snapping turtle” for his demeanor and his seemingly dominate eyes. 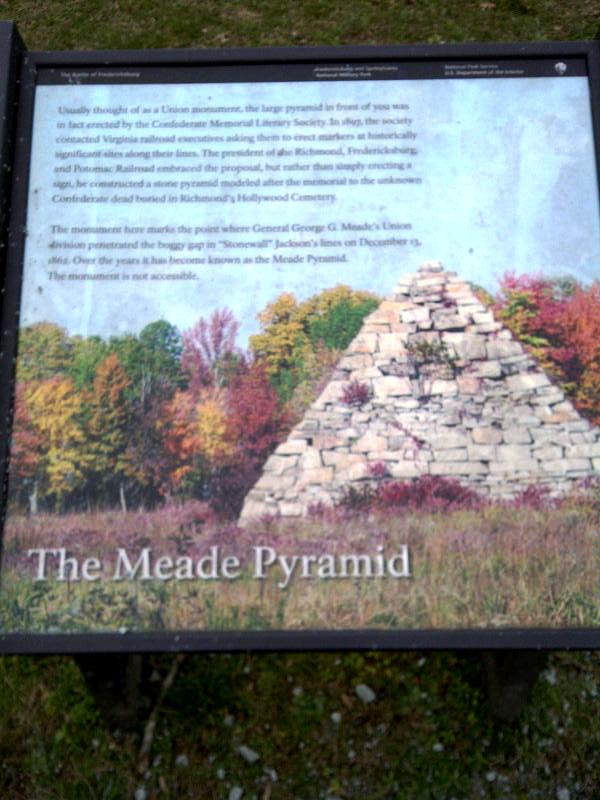 After the war, a commemorative pyramid was erected to remember the Battle of Fredericksburg. More than a century later, passenger trains still roar past this impressive monument, which is inaccessible to modern battlefield trampers. 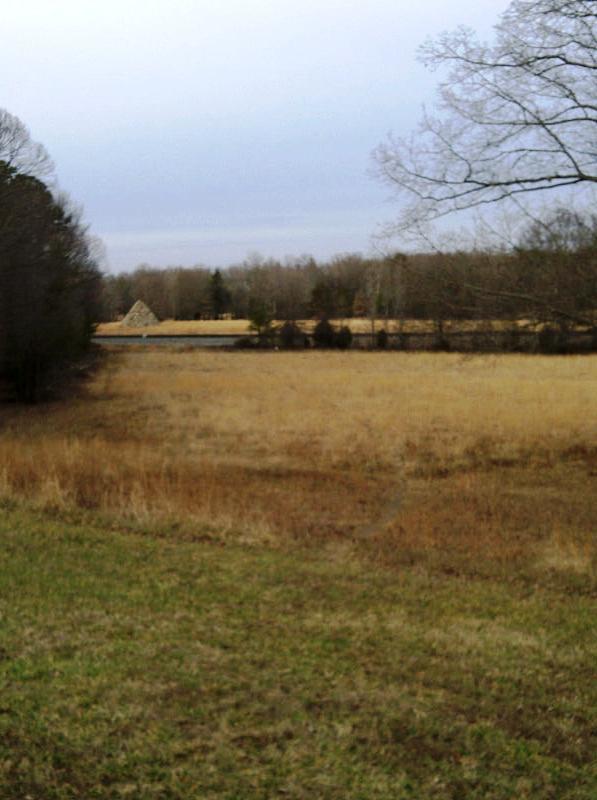 The Meade Pyramid is across the railroad tracks in the meadow in this photograph taken from the Confederate lines on Prospect Hill.

For much more on the attack on Prospect Hill, visit the FSNMP’s website.