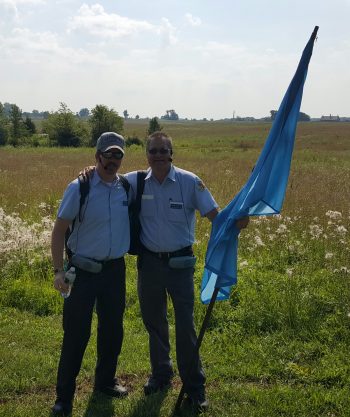 The York Civil War Round Table welcomes co-authors James A. Hessler  and Wayne E. Motts as their featured speakers at its monthly meeting on Wednesday, May 18th at 7 p.m. The authors will present a Power Point talk based on their book Pickett’s Charge At Gettysburg: A Guide to the Most Famous Attack in American History.

The meeting will be held in the auditorium at York County Heritage Trust located at 250 E. Market Street in downtown York, Pennsylvania. There is no charge for admission and the public is welcome. For more information, readers may call YCHT at 717-848-1587 or www.yorkheritage.org. 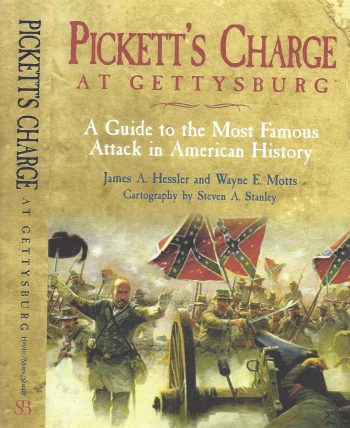 More than 150 years after the event, the grand attack against the Union position on Cemetery Ridge still emotionally resonates with Gettysburg enthusiasts like no other aspect of the battle. On the afternoon of July 3, Confederate Gen. Robert E. Lee ordered more than 12,000 Southern infantrymen to undertake what would become the most legendary charge in American military history. This attack, popularly but inaccurately known as “Pickett’s Charge,” is often considered the turning point of the Civil War’s seminal battle of Gettysburg. Although much has been written about the battle itself and Pickett’s Charge in particular, Pickett’s Charge At Gettysburg is the first battlefield guide for this celebrated assault.

After the war, one staff officer perceptively observed that the charge “has been more criticized and is still less understood, than any other act of the Gettysburg drama.” Unfortunately, what was true then remains true to this day. The authors of this book — two of Gettysburg’s elite Licensed Battlefield Guides — have teamed up with one of the Civil War’s leading cartographers to unravel the mysteries of this attack.

Grounded in the premise that no better resource exists for understanding this unique event than the battlefield itself, Pickett’s Charge At Gettysburg encourages its readers to explore this storied event from a wide variety of perspectives. For the first time, readers can march toward the Copse of Trees with Armistead’s Virginians, advance from the Confederate left with Pettigrew’s North Carolinians, or defend the Angle with Alonzo Cushing’s gunners and thousands of Union soldiers. There is much here to enrich the experience, including dozens of full-color original maps, scores of battlefield and other historic photographs, a unique mix of rare human interest stories, discussions of leadership controversies, a full Order of Battle, and a rare  collection of artifacts directly related to the charge.

Pickett’s Charge At Gettysburg is designed for readers to enjoy on or off the battlefield, and will give Civil War enthusiasts an entirely new appreciation for, and understanding of, Gettysburg’s third day of battle.

James A. Hessler is a Licensed Battlefield Guide at Gettysburg and the author of Sickles at Gettysburg (Savas Beatie, 2009), the recipient of the Bachelder-Coddington Award and the Gettysburg’s Civil War Round Table’s Distinguished Book Award as the most outstanding work on the Gettysburg Campaign.

Wayne E. Motts is the chief executive officer of The National Civil War Museum in Harrisburg, Pennsylvania, and has been a Licensed Battlefield Guide at Gettysburg for nearly three decades.