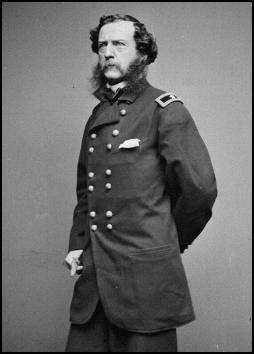 Brigadier General Uzal Ent will speak on “The Pennsylvania Reserves in the Civil War” at the Friday, February 24, meeting of the Harrisburg Civil War Round Table. This special division, organized and equipped at state expense, fought with distinction during the Peninsula Campaign, Second Bull Run, South Mountain, Antietam, Fredericksburg, Gettysburg and part of the Overland Campaign when the three-year enlistments expired. General Ent will deliver his talk in the first person, speaking as if he was Colonel Wellington Ent, commander of the 6th Pennsylvania Reserves and the speaker’s great-great-uncle.

While serving in the United States Army for thirty-four years, General Ent saw combat with the 27th Infantry in Korea. He retired on November 1, 1980 with the rank of colonel and the following day was appointed brigadier general, Pennsylvania National Guard, retired. His awards and decorations include the Combat Infantryman’s Badge, the Legion of Merit, three Bronze Star medals–two for valor and one for meritorious achievement–and the Pennsylvania Distinguished Service medal.

General Ent’s writing has appeared in nineteen magazines and four encyclopedias. He has written several books, including Fighting on the Brink: Defense of the Pusan Perimeter and The Pennsylvania Reserves in the Civil War.

The Harrisburg Civil War Round Table meets at the Radisson Penn Harris Hotel & Convention Center, Camp Hill, PA, Camp Hill Bypass @ Routes 11&15. An informal reception starts at 6:00 PM, followed by dinner at 6:45. The cost of dinner is $20.00 and reservations must be made by no later than Tuesday, February 21, by calling 717-938-3706. The program begins at 8:00 PM and is free to the public.