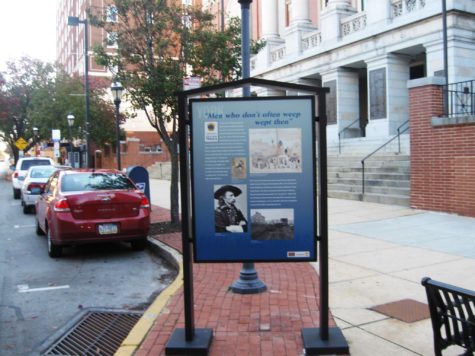 The Commonwealth of Pennsylvania has been installing wayside markers and road signs throughout much of south-central Pennsylvania to commemorate the regional events, people, and places associated with the American Civil War. This is part of a coordinated publicity and heritage campaign known as the Pennsylvania Civil War Trails program. Similar to efforts in Maryland and Virginia, these roadside signs are meant to help the local population and visitors / tourists to better understand the effects the Civil War had on the region.
This particular wayside marker is on E. Market Street in downtown York, just outside the old county courthouse. During the Gettysburg Campaign, Confederate Major General Jubal A. Early made his headquarters in an earlier courthouse that stood on this same spot. The marker commemorates the surrender of York, as well as fighting in nearby Hanover. 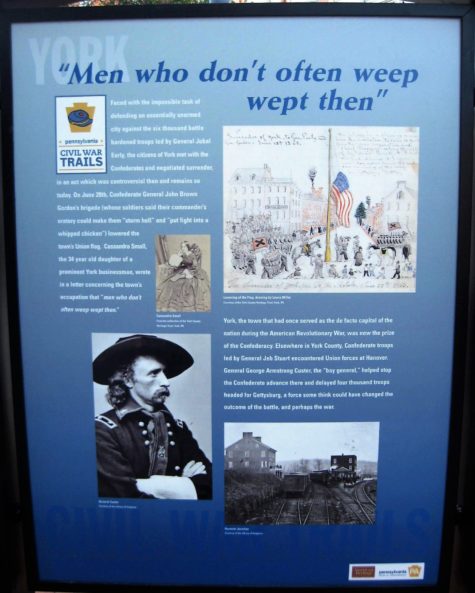 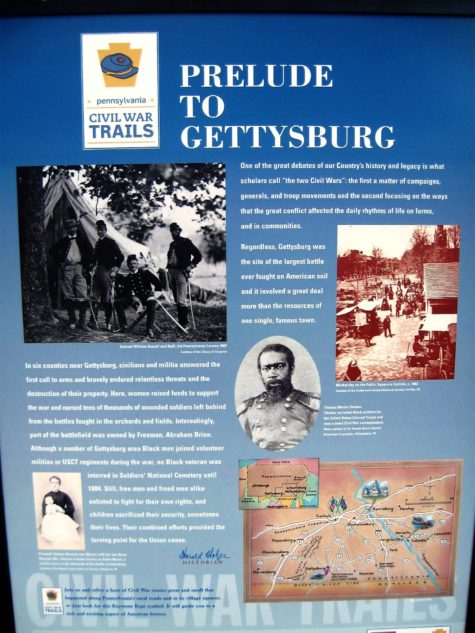 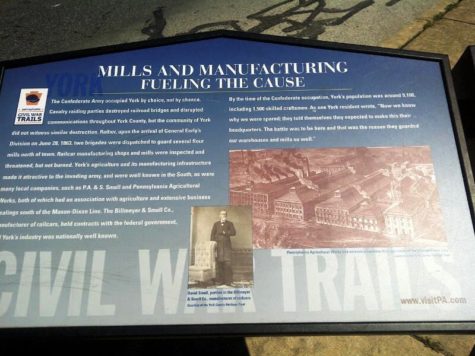