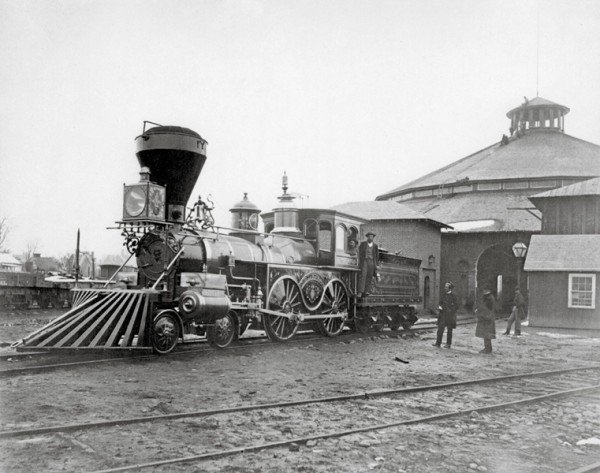 Party time on the train!

York County has long been known as a town that cares for its military service personnel. Over the past few years, the local news on WGAL TV-8 has frequently shown clips of National Guardsmen and other soldiers returning from overseas assignments, often to joyous receptions and parties with all kinds of good food. Jim McClure’s excellent book on local World War II history describes some of the homecomings after that conflict, and I have read similar accounts for other wars.

During the Civil War, as regiments left Camp Scott on the old fairgrounds on York’s east side, they were often treated to showers of flowers as they marched through the principal streets to the train station to go off to the front. At times, Southern Pennsylvania’s hospitality even extended to soldiers merely passing through York.

As the 115th New York Volunteers passed through York on a troop train on September 26, 1862, they paused for a brief, but joyous respite. The soldiers were en route to Chicago, via Pittsburgh and Fort Wayne, Indiana. They had taken a barge from their base camp in Annapolis up the Chesapeake Bay to Baltimore, where they had boarded a special train of the Northern Central Railway. Telegraph messages flashed at every station along their route, passing along the news that the soldiers’ train was approaching. They rode northward through Hanover Junction and the Howard Tunnel, and passed through downtown York in the mid-morning to the cheers of the populace, who turned out in throngs to greet them. The same story would be repeated all the way across the Keystone State, as the soldiers were welcomed at all their stopovers.

Regimental historian Lt. James Clark later wrote, “At every station we received a hearty welcome. Never in all our days did we see anything equal to it. It was one long continued, grand ovation… All through Pennsylvania, day and night, ladies crowded up to the cars with pails of hot coffee and tea, baskets of cake, pie, chicken, biscuits, apples, and in fact, everything which the appetite could crave, or the heart desire… Mothers took their last loaf from the oven, daughters carried jars of jelly and nice preserves from the cellar, and with tearful eyes begged their acceptance. As the cars moved from each station, the fair sex showered apples, peaches, pears and oranges among the men like rain.”

Never again during the war would the 115th New York receive such lavish attention. Unknown to the men, their future meals while on campaign would often consist of stale hardtack that could crack teeth, salty tough boiled beef with the texture of shoe leather, and coffee. The pleasant memories of the train ride from York to Pittsburgh must have seemed bittersweet in the trying months to come.