Paddy Has Gone For a Soldier: Songs and Stories of the Soldiers of the Irish Brigade at York CWRT on April 16 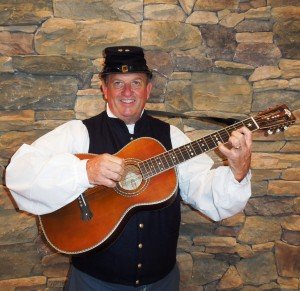 The York Civil War Round Table will feature Civil War Period musician Mike Plunkett at its monthly meeting on Wednesday, April 16, 2014 at 7 p.m.  The presentation is called “Paddy Has Gone For a Soldier: Songs and Stories of the Soldiers of the Irish Brigade.” The meeting will be held in the auditorium of the York County Heritage Trust at 250 E. Market St. in downtown York, Pennsylvania. The presentation is free to the public and everyone is welcome.

Mike Plunkett has developed a one man show in which he portrays an Irish American Union soldier. Through stories and songs he brings to life the experience of an uprooted immigrant who becomes an American patriot. He performs in costume and in character. The music is lively and engaging with plenty of audience participation. He plays the guitar, mandolin, banjo, tin whistles and bouzouki. The songs range from old Irish ballads to Civil War era songs of both the North and the South. He also plays spirited jigs and reels and well known old time American tunes, many of which have Irish roots. The stories are drawn from his research into the daily lives of the Irish American soldiers and are of high interest and personally reveal the experiences of a typical soldier. The Irish faced many obstacles to acceptance in the New World and their contributions in the War made a significant contribution to their ultimate assimilation. 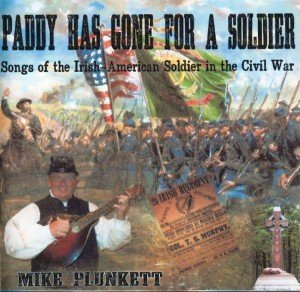 Mike Plunkett has taught elementary music in Deptford Township, New Jersey Schools for 35 years. He has received the “Governor’s Award for Teacher Excellence” on three occasions. He is the Director of Music at Holy Angels Parish in Woodbury, New Jersey, a position he has held for over 34 years.

He has been active in Civil War Music for over 10 years. He performs with the Libby Prison Minstrels. He researched and wrote a program on the songs of the soldiers of the Irish Brigade. This program, “Paddy Has Gone For a Soldier,” has been well received in performances at the National Civil War Museum in Harrisburg, the Gettysburg Visitor’s Center, The Union League in Philadelphia, the Delaware Museum of History, and in many area Civil War Round Tables and Irish Cultural Societies in New Jersey, Pennsylvania and Delaware. He has recently completed a solo CD of many of the songs in the program, also called “Paddy Has Gone For a Soldier.”