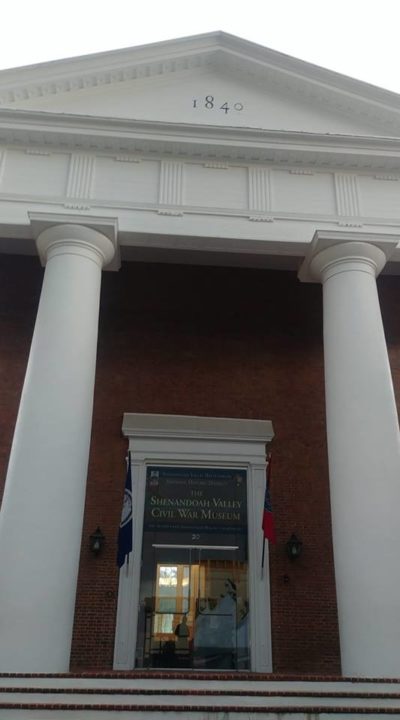 The historic courthouse (20 N. Loudoun Street) on the pedestrian mall in downtown Winchester, Virginia, has been nicely restored and is open as a Civil War museum. It commemorates the soldiers from local communities and the many battles that were fought up and down the Valley.

Among the highlights are dozens of autographs of Civil War soldiers scrawled onto the original walls that were rediscovered during the renovation and subsequently preserved. They include several Union officers who were taken prisoner during the pursuit of Lee’s retreating Confederate army following the battle of Gettysburg in July 1863. They were held captive on the second floor of the courthouse.

During the war, thousands of captives (Union and CSA at various times) were kept under guard in the courthouse or on its grounds. The stories of the six of the Gettysburg officers are remembered in display panels near the names inscribed on the walls.

Winchester is a little more than a two-hour drive from York (take Route 74 north to Carlisle and then take I-81 south into Virginia. Here are some photos from the museum, which I visited following a series of battlefield tours that I gave on Saturday, June 9, 2018. Much of the items on display are from the personal collection of Harry Ridgeway, “RelicMan,” who was on hand to discuss them with visitors before and after his wife, Trish, gave a talk on the soldiers’ signatures. 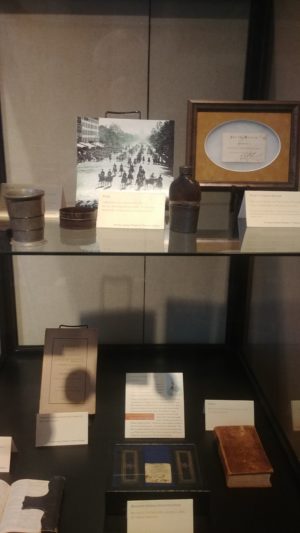 If you go, here is a link to the museum’s website. There is a modest admission charge, which is well worth it. This is a fascinating little museum, housed in an 1840s courthouse which has been wonderfully preserved.