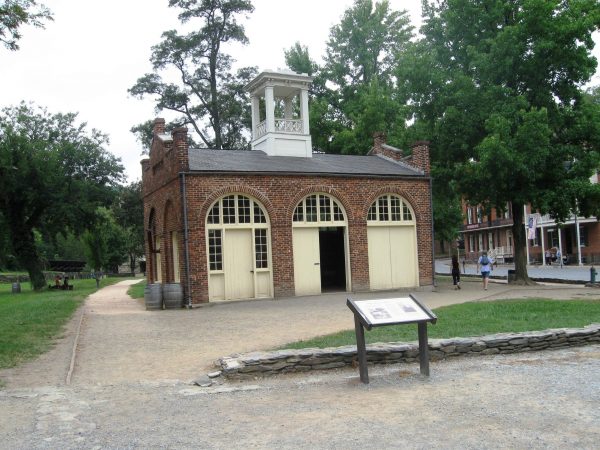 Engine House in Harpers Ferry (restored and relocated from its original location). John Brown and some of his raiders sought refuge here and used it as a blockhouse to resist local militia and then Federal troops under Robert E. Lee. 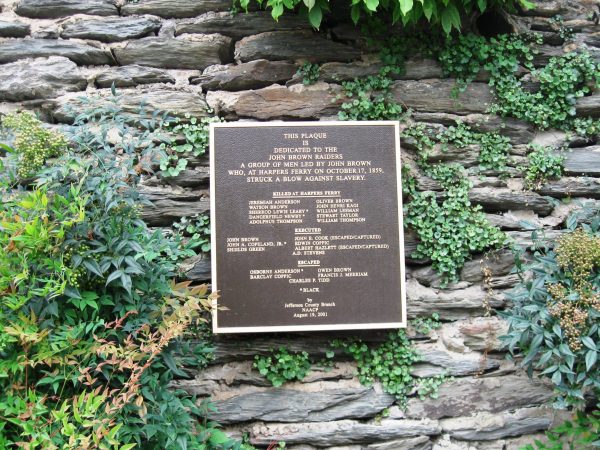 This year marks the 150th anniversary of the famous (or infamous, depending upon your perspective) insurrection of abolitionist firebrand John Brown and his small band of followers, a few of which had Pennsylvania connections. Five members of his group escaped and were not recaptured. A free black man named Osborn P. Anderson was among them, eventually making his way to York, Pennsylvania, where wealthy black businessman William C. Goodridge gave him shelter in his Philadelphia Street home (and his Centre Square business as well) and later smuggled him in a rail car across the Columbia-Wrightsville Bridge. Anderson eventually returned to his home in Canada. 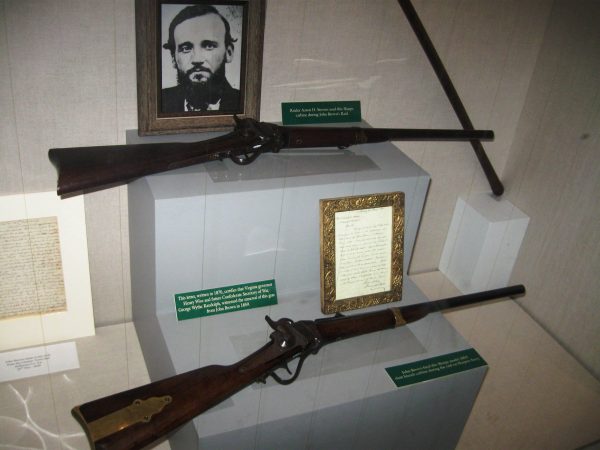 The bottom carbine was used by John Brown during the 1859 raid on Harpers Ferry. 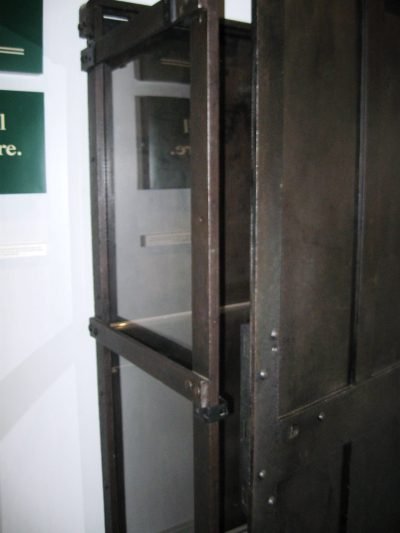 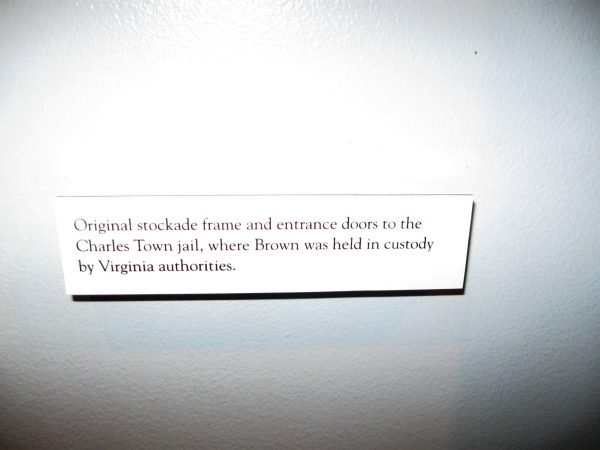 Brown was taken to nearby Charles Town, tried in court, and hung on the morning of December 2. Future Confederate general and VMI professor Thomas J. Jackson was among the spectators. 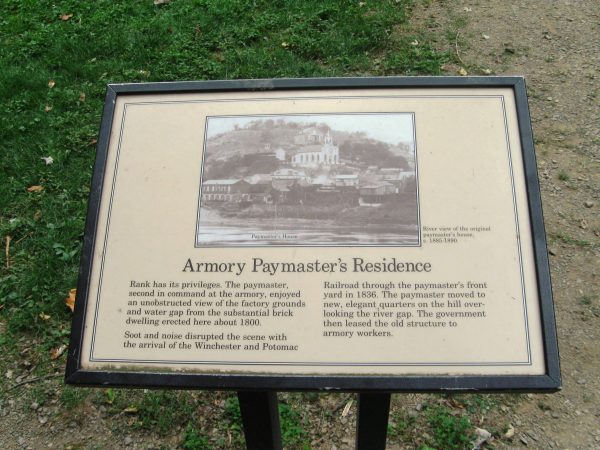 An amazing amount of Harpers Ferry has been preserved and restored. Years of neglect, coupled with several devastating floods, obliterated many of the buildings and factories along the Shenandoah River. Only the foundations remain of several, but they have been preserved and interpreted with wayside markers. 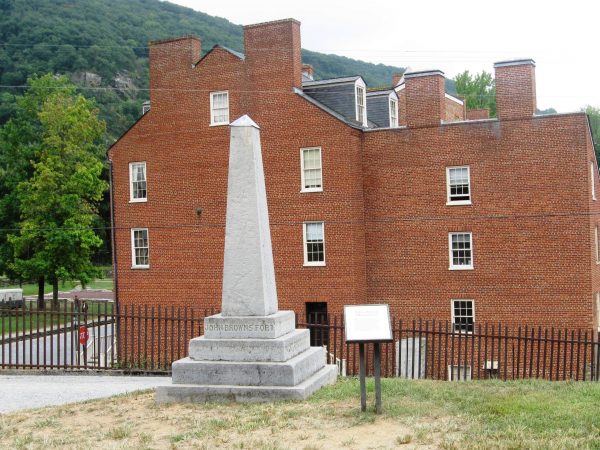 The stone monument marks the spot where the engine house once stood. This was the epicenter of Brown’s raid on the Federal arsenal. 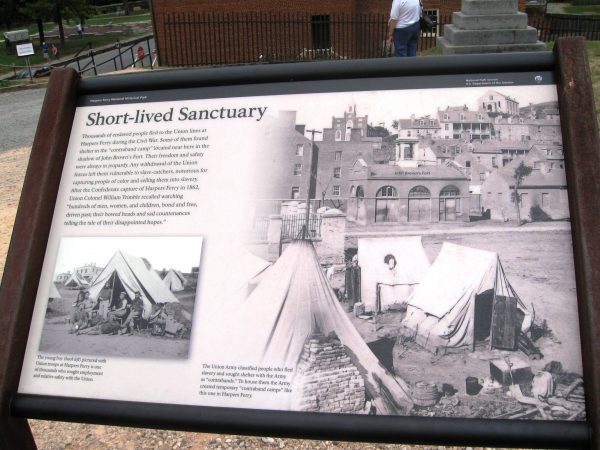 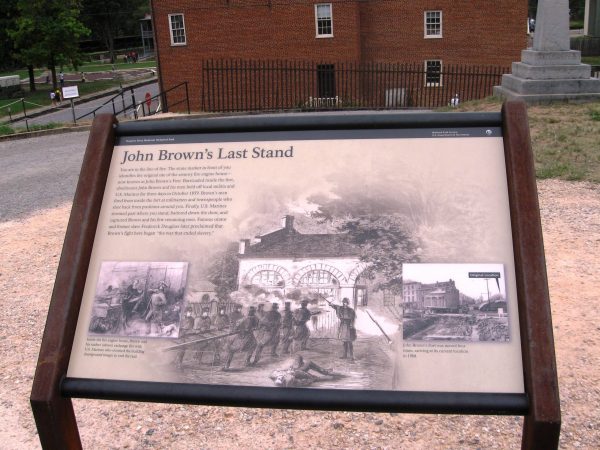 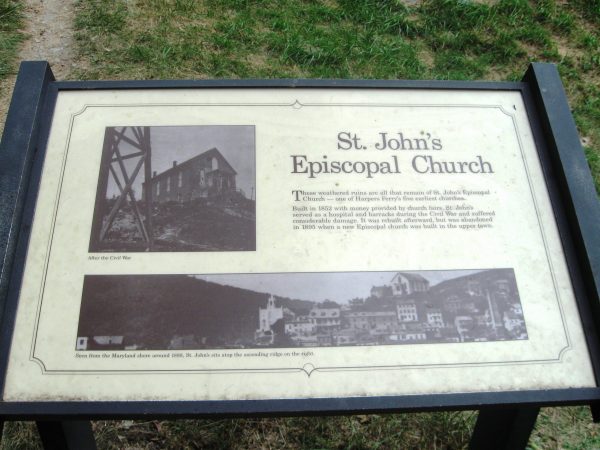 Harpers Ferry National Park has hundreds of wayside markers, interpretive signs, plaques, and other useful sources of information for the Civil War or history buff. This one reflects the industrial heritage of the town, where the U.S. Arsenal was a major source of weapons for the Army. 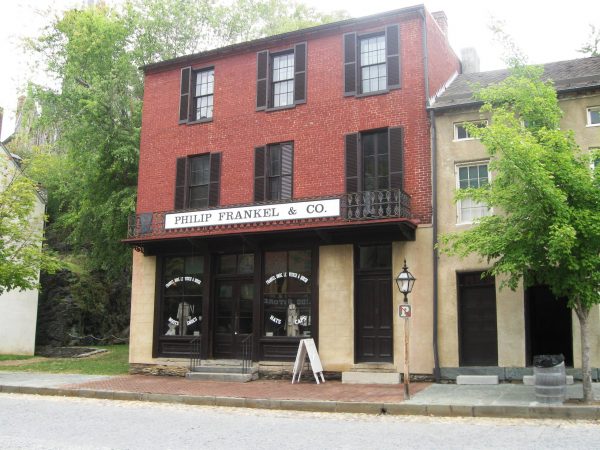 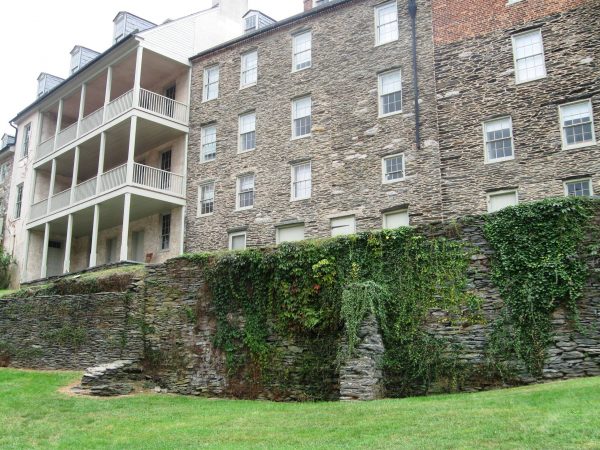 Most of the homes in historic Harpers Ferry have been nicely restored and the town provides a pleasant and scenic place to stroll. 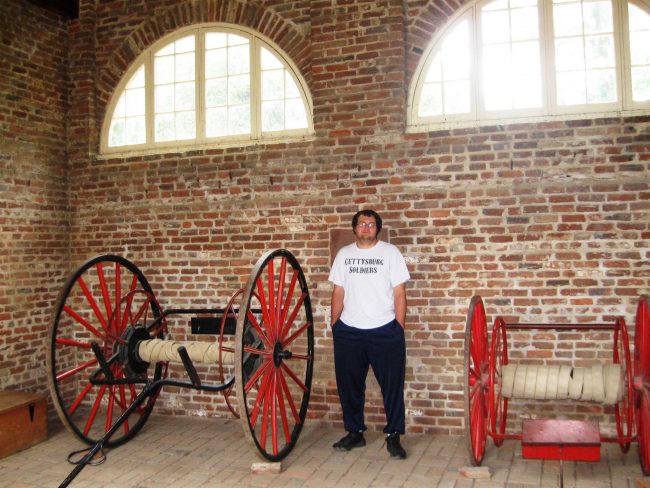 Civil War author and battlefield photographer Dr. Thomas M. Mingus of York, Pennsylvania, poses inside of the restored Engine House. He is currently co-writing a new book, Human Interest Stories of the Civil War, expected to be published in 2010 by Ten Roads Publishing, one of the newest boutique publishers specializing in Civil War manuscripts. 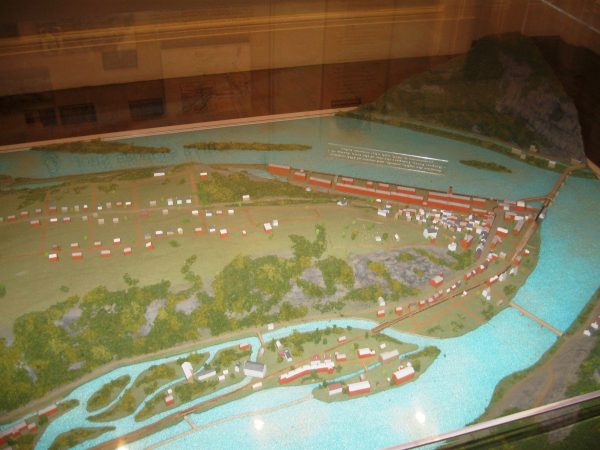 Harpers Ferry’s location at the confluence of the Potomac and Shenandoah rivers made it an important transportation stop. Its scenic qualities were admired by Thomas Jefferson and other early travelers, and provisions for the Lewis and Clark Expedition were collected in the town. This model shows the site situated in among several commanding mountains. During the Maryland Campaign of 1862, Confederate General Stonewall Jackson placed troops and artillery on the heights, forcing the surrender of the large Federal garrison. It was the U.S. Army’s most notable surrender until World War II and the Philippines. 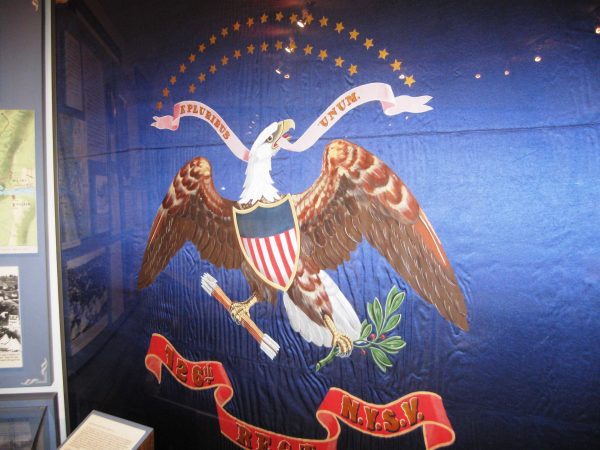 Regimental flag of one of the New York regiments that surrendered on September 15, 1862, to Stonewall Jackson. Derisively dubbed the “Harpers Ferry Cowards” upon their return to active duty, many of these same Union soldiers acquitted themselves very well in the 1863 Battle of Gettysburg. The 126th New York, under Colonel Eliakim Sherrill, had been in the service less than two months when it surrendered. By the war’s end, the regiment had lost more than 150 men killed or mortally wounded in combat. 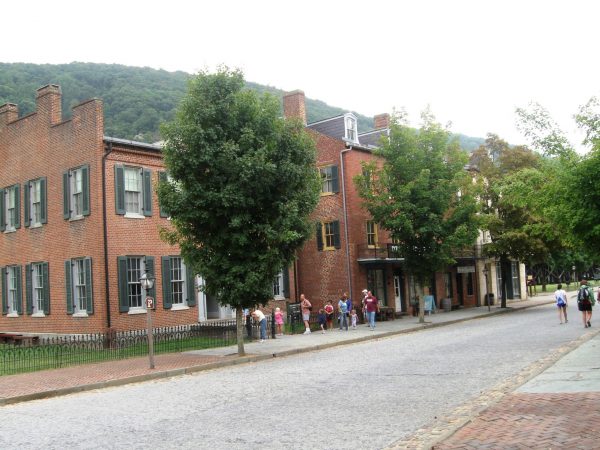 Harpers Ferry is about an hour and a half from York County, PA, and is a scenic and easy drive for Yorkers. Family admission plans are available, and parking is free. There are a number of good restaurants, ice cream parlors, and places to shop in the commercial section of town. Why not plan for a day trip this month?