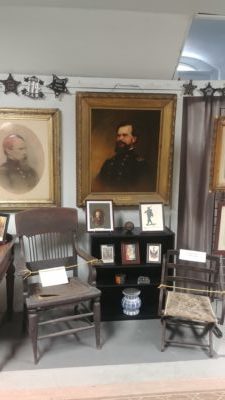 The Grand Army of the Republic was the largest, and perhaps best known, of the many veterans fraternal organizations that sprang up in the North in the years following the American Civil War. Dr. Benjamin F. Stephenson founded the first chapter in Decatur, Illinois, in 1866. Local chapters, including several here in York County, Pa., sprang up across the country. Open to any military veterans of the Civil War, the group had strong ties to the Republican Party, many of whose leaders were former army officers of note.

By the 1900s, the GAR was in decline but several chapters stayed active well in the 20th century. My own great-great-grandfather, Pvt. William D. Sisson, was the last GAR post commander in Tuscarawas County, Ohio, when he died in the early 1930s. Sisson was a veteran of the 51st Ohio Volunteer Infantry and had served in the Atlanta and Franklin/Nashville campaigns.

Some of the earliest posts of the GAR were in Philadelphia. The membership of Post 1 tended to be blue-bloods, former officers and wealthier citizens. They maintained the stuffed head of “Old Baldy,” the horse of Gettysburg victor Maj. Gen. George G. Meade. Post 2 was across town, and its membership was more working class. They adopted the head of a common army mule as their mascot.

Over time, the collection of Post 2 formed the nucleus of today’s Grand Army of the Republic Museum & Library in a period house at 4278 Griscom Street in Philadelphia.

I spoke at the museum in December on my book, Flames Beyond Gettysburg.

Here are some photos of selected exhibits in this crammed, but fascinating museum, a place that is well worth a visit! 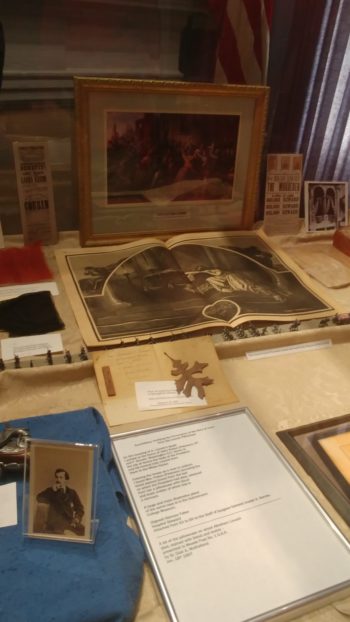 The GAR Museum contains an impressive collection of Lincoln and John Wilkes Booth memorabilia, including a CDV of Booth, an oak leaf from the gravesite of Lincoln on the day of his funeral, art prints, and the items taken from Booth’s trunk in his hotel room in Washington, D. C., during the investigation into the assassination plot. 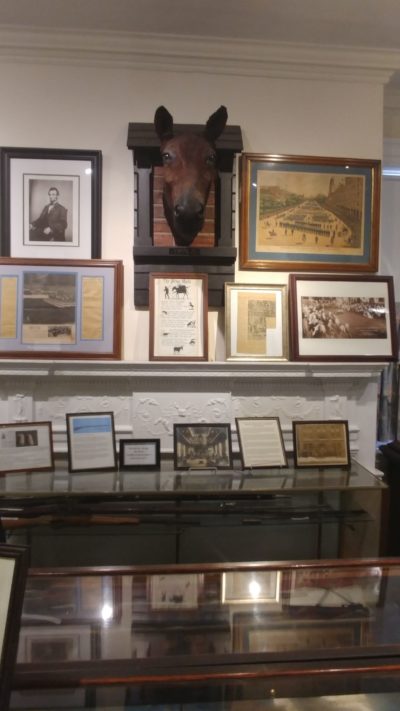 The stuffed head of Post 2’s mascot army mule overlooks one of the room of the GAR Museum. Glass cases protect rare documents and artifacts collected by the members. 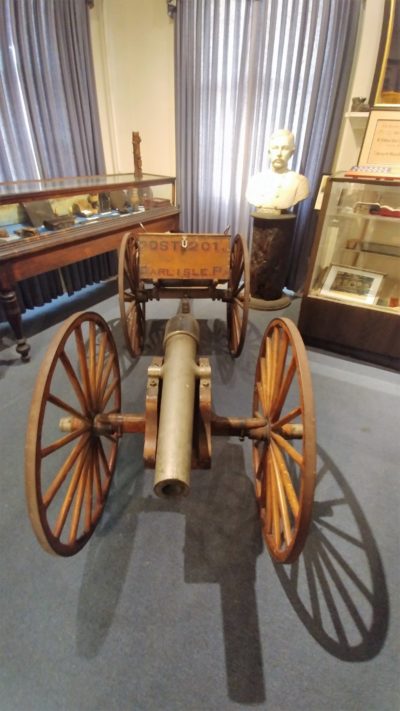 This small signal gun once belonged to GAR Post 201 in Carlisle, Pennsylvania. It is very well preserved. 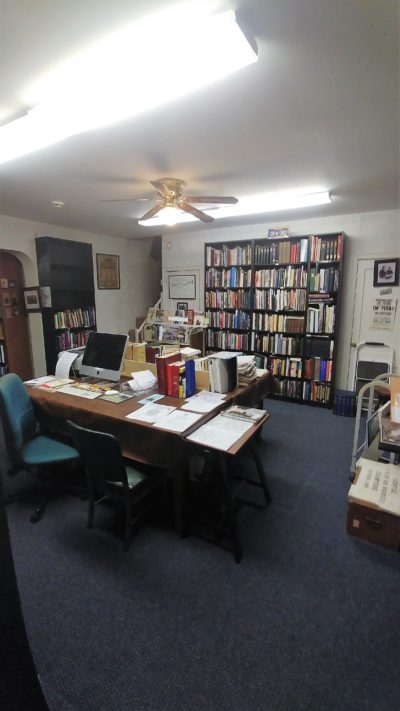 Part of the old mansion is used as a library, with a nice, diverse collection of Civil War books and documents. The rest is for the museum and for storage of the parts of the collection that are not on public display. There is also another nearby building entirely used for storage. 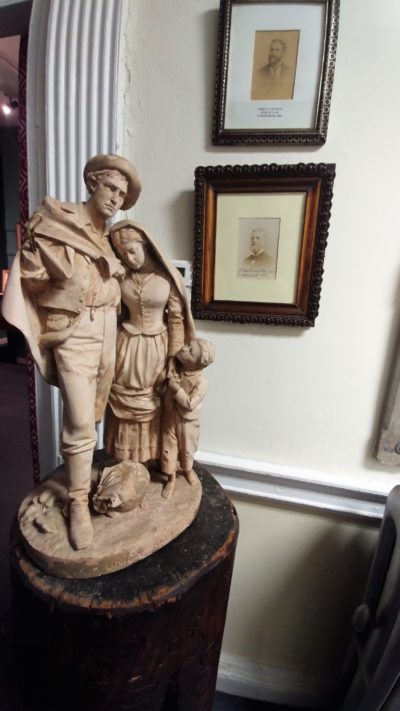 The GAR Museum & Library collection includes relics, artifacts, papers, paintings, etchings, and sculptures. Only a small portion is on display. 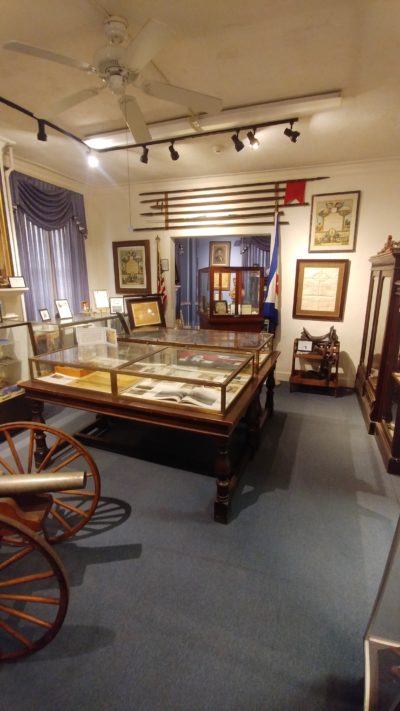 Stay tuned for Part 2 to see more photos of this jam-packed museum!